For the hosts, in-form top order batsman Chesteshwar Pujara top-scored with 52 while Wriddhiman Saha contributed 29 as fast bowler Suranga Lakmal returned best figures of 4-26 for the tourists. Resuming at 74/5, Saha (6) and Pujara (47) could manage only a 29-run stand for the sixth wicket before the latter was castled by Gamage (2-59). Pujara completed his 16th half century while Saha then stitched together a 48-run partnership with Ravindra Jadeja before the all-rounder was fell lbw off Dilruwan Perera (2-19).
2 of 6

Dasun Shanaka (2-36) also took two wickets while veteran left-arm spinner Rangana Herath bowled only two overs. Pujara brought up his 50 in the very first over of the day, sweeping veteran Herath for a boundary down fine leg. Just as the hosts looked to be getting out of a hole they were from the beginning, their only hope, Pujara, fell to a peach of a delivery from Gamage. The right-arm pacer, who failed to get wickets in the first two days, beat Pujara all ends up with an in-cutter that jagged back off the surface and went between the Saurashtra man's bat and pad to rattle the off-stump.
Advertisement1
3 of 6 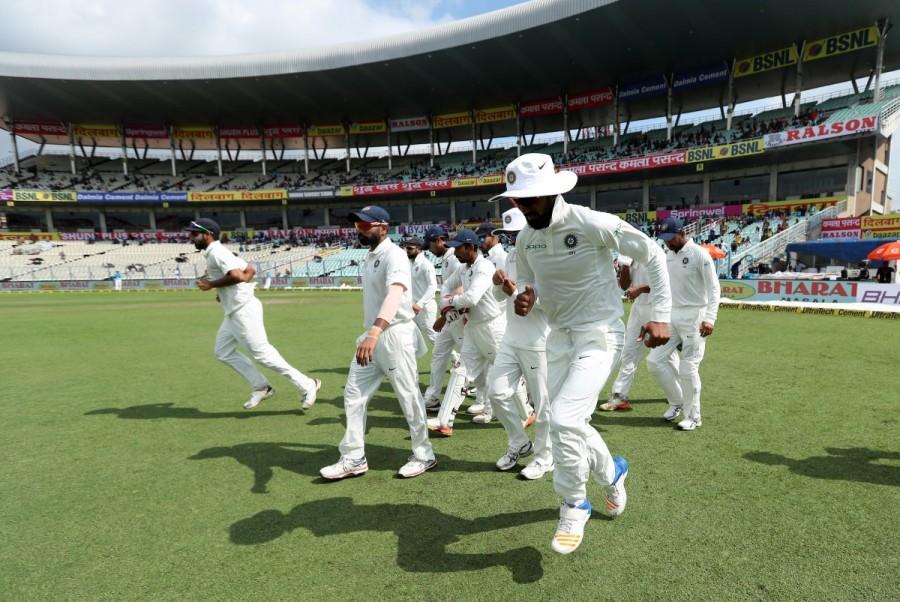 Gamage bowled a few more good deliveries but they were too few and far between to trouble Saha, who looked good resuming from his overnight score of 6. The 33-year-old, who was the Man-of-the-Match the last time India played here against New Zealand in 2016 for his important 58 in the second essay, played shots judiciously, holding fort at one end.
4 of 6 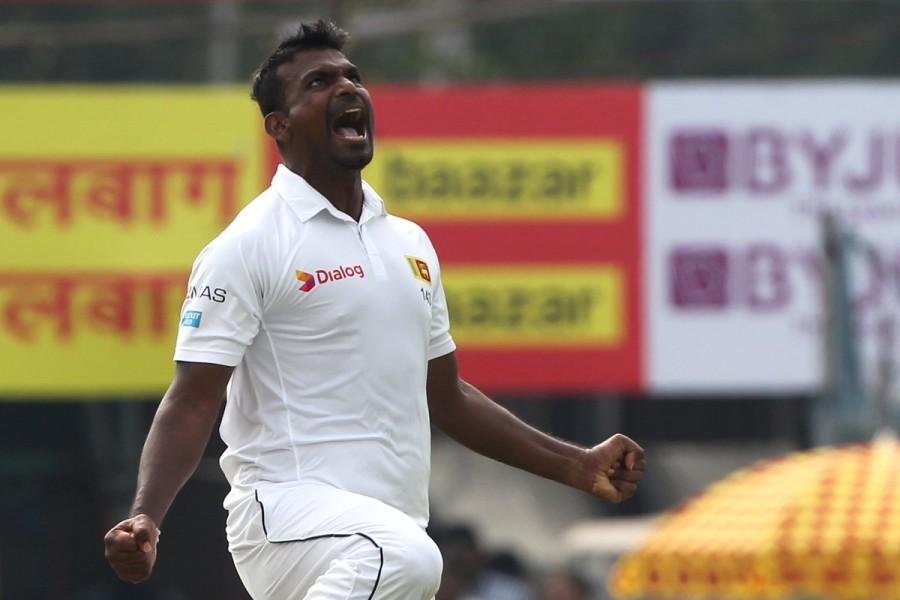 Saha got a reprieve when wicketkeper Niroshan Dickwella missed an easy stumping off Perera when he was batting on 25. With him was Jadeja who upped the ante hitting two fours and the first six of the innings before being lbw, a decision which the tourists reviewed after umpire Joel Wilson -- standing in place of indisposed Richard Kettleborough -- did not rule in favour of Dinesh Chandimal and Co.
5 of 6 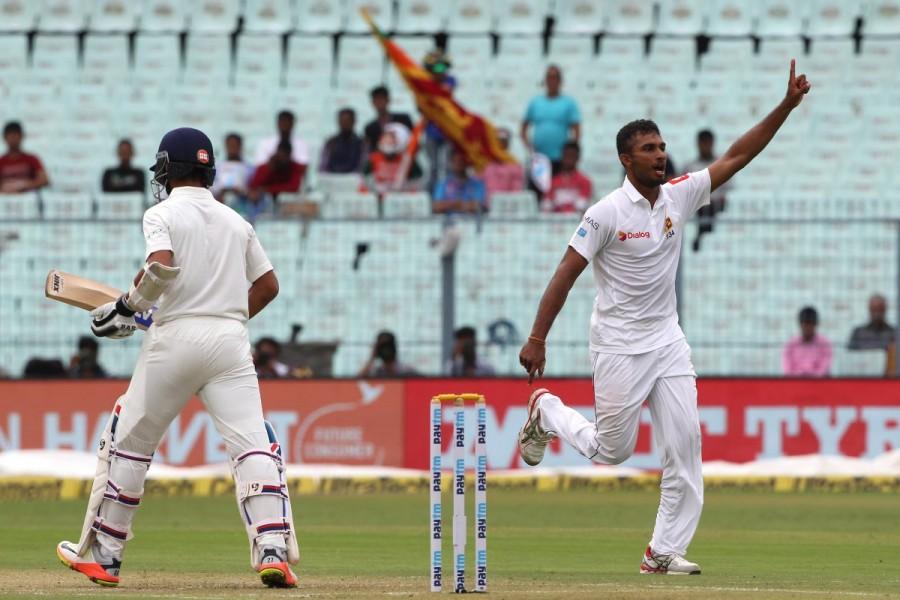 In the very same over, Saha gave an easy catch to Angelo Mathews trying to paddle sweep Perera. The local boy asked for the review after consulting with Bhuvneshwar Kumar at the other end but to no avail. Bhuvneshwar scored 13 before got out off Lakmal's bowling while Mohammed Shami's quickfire 22-ball 24 helped India get past 150-run mark wih Umesh Yadav (6 not out) at the non striker's end.
6 of 6 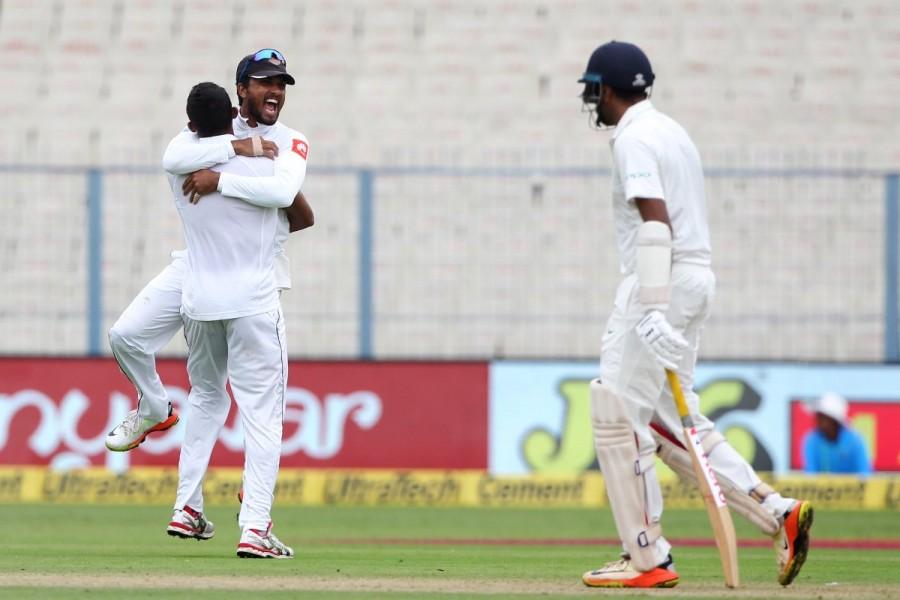