Powered by half centuries from Lokesh Rahul and Suresh Raina and a collective bowling effort, India registered their biggest T20I win after convincingly thrashing minnows Ireland by 143 runs in the second and final T20 International, to pocket the two-match series 2-0 here on Friday. India's spin twins Yuzvendra Chahal (3/21) and Kuldeep Yadav (3/16) once again starred with the ball as the Irish batsmen continued to be at sea, before eventually crumbling to their second lowest T20I total. Chasing a mammoth 214, mainly built around half tons from Rahul (70 off 36 balls) and Raina (69 off 45) and a late order cameo from Hardik Pandya (32 not out off 9), Ireland could never recover from the early wickets as the Indian bowlers put on a collective effort to bundle them out for a meagre 70 in just 12.3 overs. Credit: Twitter/BCCI
2 of 5

Coming back to the T20I side after a six-year gap, pacer Umesh Yadav drew first blood for the visitors with the wicket of opener Paul Sterling (0) off the second delivery of the Irish innings. He doubled the joy for the Indians with the wicket of William Potterfield (14) in his second over before debutant Siddharth Kaul joined the party with his maiden international wicket of the other opener James Shannon (2). With the home side reeling at 22/3, leg spinner Chahal broke through the defences of Andrew Balbirnie (9) before Hardik Pandya packed back new man Kevin O Brien for a duck. Down to 30/4 at the end of the powerplay, Chahal struck again with the wicket of Simi Singh for another duck before chinaman Kuldeep Yadav sprung into action with the quick dismissals of skipper Gary Wilson (15) and George Dockrell (4). Credit: Twitter/BCCI
Advertisement1
3 of 5 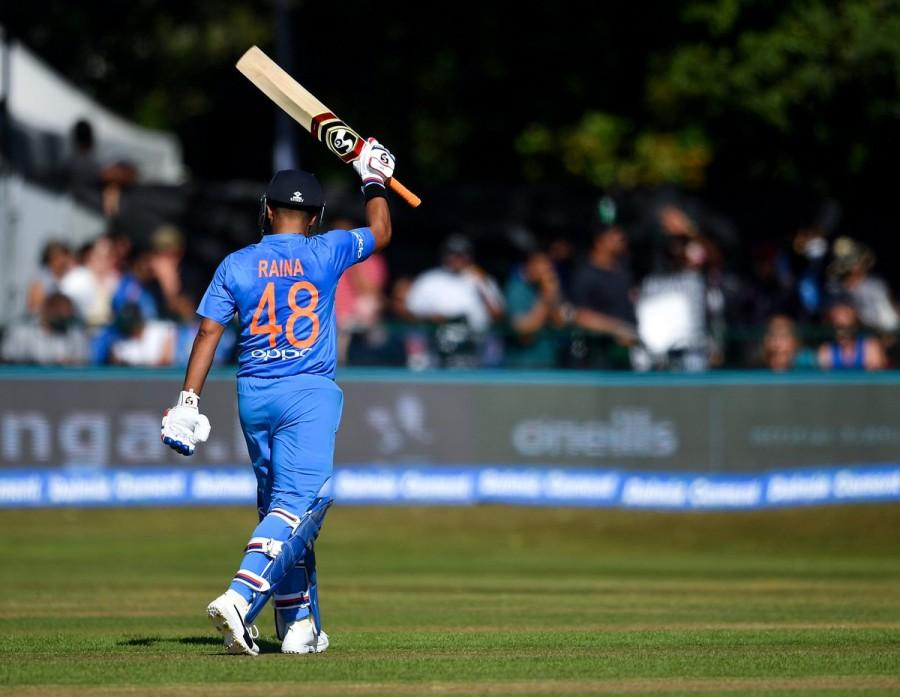 Chahal then came back to end tailender Stuart Thompson's brief stay that saw him scoring a 9-ball 13 before Kuldeep Yadav completed the proceedings by getting last man Boyd Rankin (10) stumped by Dinesh Karthik. Earlier, India decided to test their bench, making four changes to the playing XI which also saw a change in the batting order with skipper Virat Kohli opening the innings with Lokesh Rahul. Credit: Twitter/BCCI
4 of 5 Coming back to the side after missing Wednesday's opener, Rahul grabbed his chance with both hands, smashing a quickfire 36-ball 70, comprising three fours and six sixes to set the tone with a 102-run second wicket stand with veteran Raina, who also made the most of his chance with a 45-ball 69, including five fours and three sixes. Pandya (32 not out off 9 balls; 4x1, 6x4) then applied the finishing touches to the innings, milking 39 runs off the final two overs to push India's total past the 200 run mark for the second consecutive time. Credit: Twitter/BCCI
5 of 5 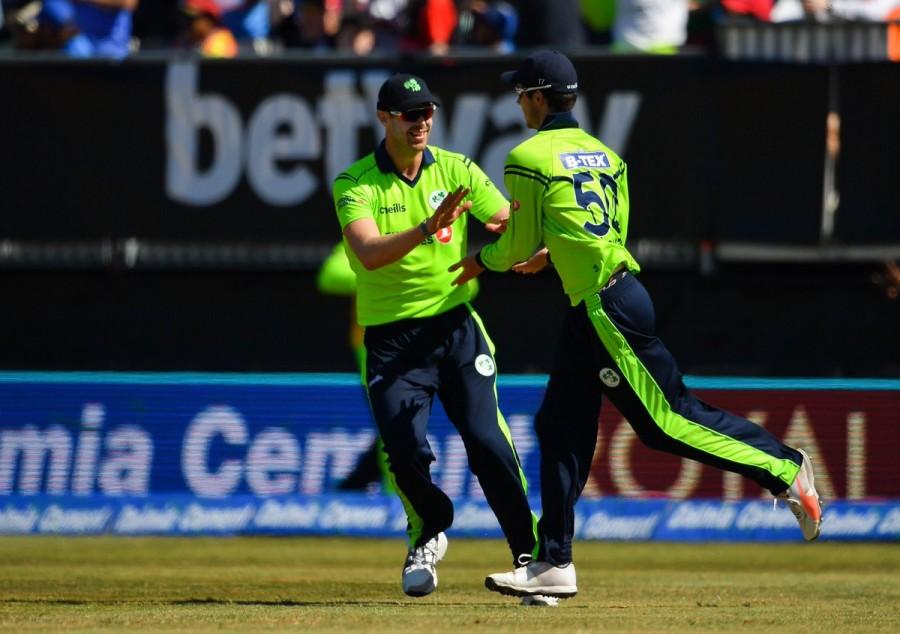