Needing 11 runs in the last over, Hales (58 not out) did the task with two balls remaining. He slammed Bhuvneshwar Kumar to a six on the first ball of the 20th over and then hit a boundary to make sure England reach target with ease. With this victory, England made 1-1 in the three match series. Right from the start, England were better team with both bat and ball. Firstly their bowlers did a fantastic job to restrict India to a below-par 148/5 and then batsmen, especially Hales and Johnny Bairstow (28). Chasing a below par score, England made a steady start but in the third over England lost their first wicket as opener Jason Roy (15) was clean bowled by pacer Umesh Yadav. Soon Jos Buttler (15) and Joe Root (9) were also sent packing by Umesh and leg-spinner Yuzvendra Chahal respectively. Now with scoreboard reading 44/3 in seventh over, Hales came in the middle and tried to steady the ship with skipper Eoin Morgan (17) but the latter failed to support Hales and was dismissed by Hardik Pandya. Credit: Twitter/englandcricket
2 of 5

Hales and Bairstow then joined hands and played sensibly. The duo helped england cross 125-run mark in the 17th over. But just when things seemed good in the middle for the hosts, Bhuvnesh Kumar sent back Bairstow in the 17th over itself but it was too late for India as David Willy (3) and Hales completed the proceeding with two balls remaining. For India, Umesh Yadav took two wickets while Bhuvneshwar Kumar, Chahal, Hardik took one wicket each. Earlier, a disciplined England bowling attack restricted India to 148/5. Credit: Twitter/BCCI
Advertisement1
3 of 5 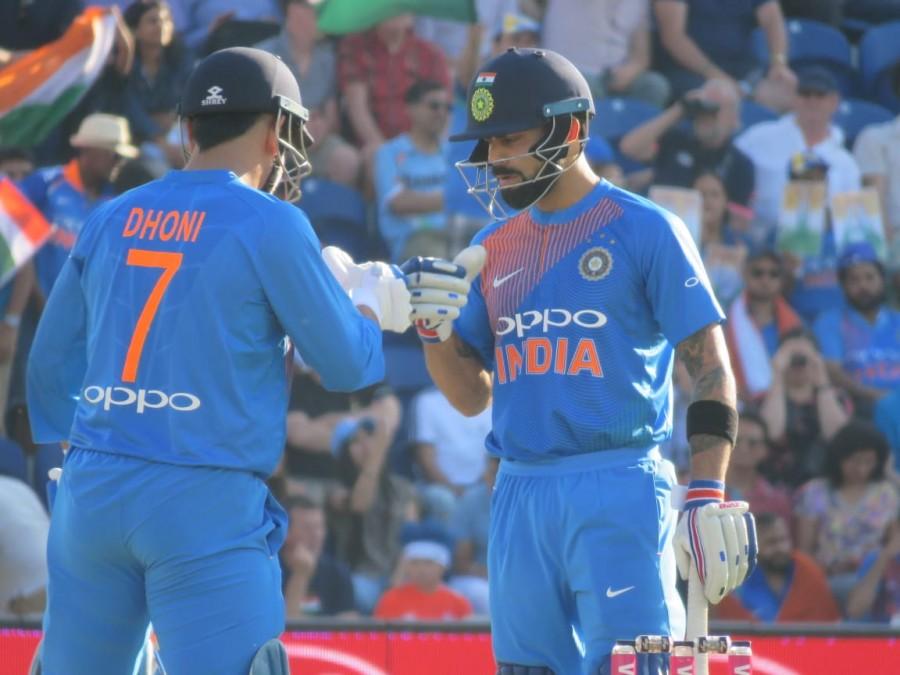 Leaving their previous mistakes behind, the English bowlers came accurate with the line and length as they struck at regular intervals to deny the visitors post a challenging total on batting-friendly wicket. Put into bat, the visitors started the proceedings on a shaky note as they lost their first three wickets - of Shikhar Dhawan (10), Rohit Sharma (5) and K.L. Rahul (6) - in quick succession. Rohit was the first to fall as he became the victim of debutant Jakes Ball and was followed by Dhawan, who failed to make his ground, before Liam Plunkett bowled out last match centurion Rahul. After the inital dismissals, which left India reeling at 22/3 in the first five overs, incoming batsman Suresh Raina and Virat Kohli slowly and steadily took their side past the 50-run mark. Just when the partnership was getting stronger as India was approaching towards the three-digit mark, Raina (27) failed to read a Adil Rashid delivery and England wicket-keeper Jos Buttler took no time in stumping the southpaw. Credit: Twitter/BCCI
4 of 5 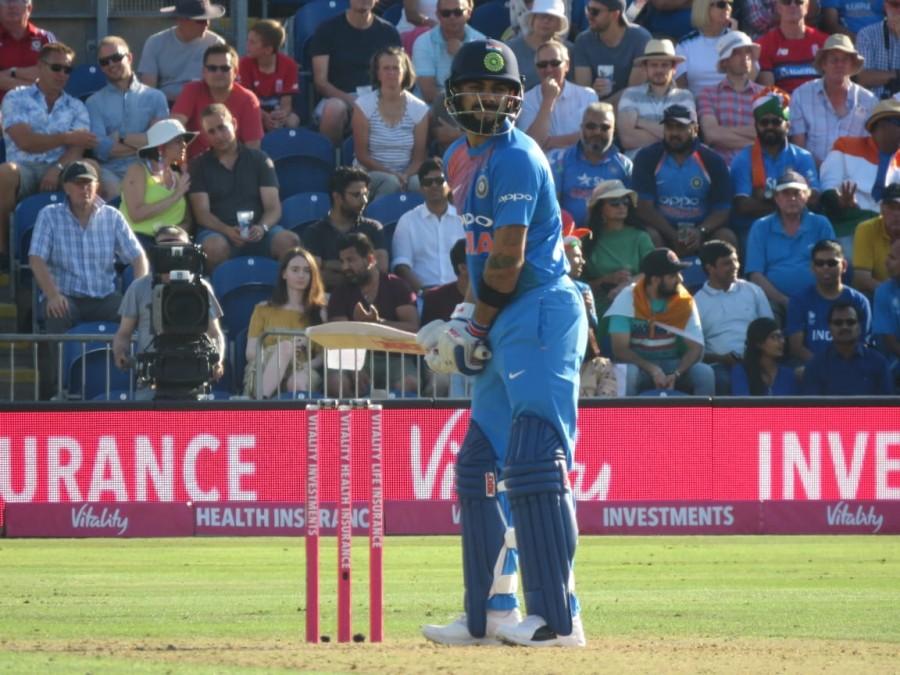 With India's scorecard reading 79/4, Kohli was joined by Mahendra Singh Dhoni and the duo stitched 32 runs for the fifth wicket, taking India past the 100-run mark. With the men in blue at 111 runs at the end of 17 overs, Kohli, while trying to raise the scoring rate, fell short of his half-century by three runs. The Indian skipper's mistimed shot was caught brilliantly at fine leg by Joe Root off a David Willey delivery. Dhoni (unbeaten 32 off 24 deliveries) and Hardik Pandya's (12 not out off 10 balls) valuable contributions in the final moments helped India reach a competitive total. For England, Willey, Ball, Plunkett and Rashid bagged a wicket each. Credit: Twitter/BCCI
5 of 5 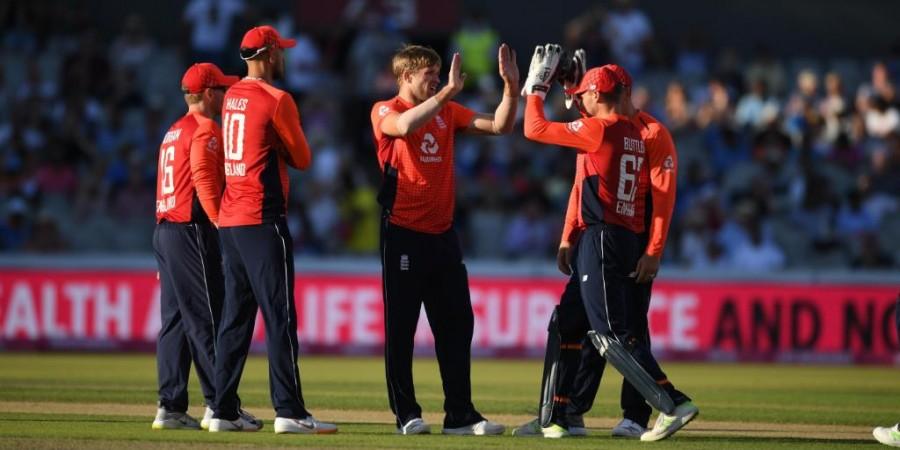