At least 30 people were killed on Friday as security forces fired at rampaging mobs in Panchkula town in Haryana after a court held self-styled godman Gurmeet Ram Rahim Singh guilty of rape and sexual exploitation. The violence also gripped parts of Haryana and Punjab, leaving more than 250 people injured. Curfew was imposed in towns in 10 Punjab districts, including Mansa, Bathinda, Patiala, Fazilka, Ferozepore, Faridkot, Malout, Sangrur and Barnala following the violence. Haryana's Panchkula, adjoining Chandigarh, where a CBI court gave a guilty ruling against the Dera chief, resembled a war zone. Besides Panchkula, curfew was imposed in Sirsa, headquarters of Dera Sacha Sauda where one person died in the violence, and Kaithal towns. Credit: IANS
2 of 5

The army was deployed in different parts of Haryana and Punjab, including Panchkula, Sirsa, Mansa and Muktsar -- the last two major centres of the sect. Prime Minister Narendra Modi condemned the violence and urged everyone to maintain peace. "The instances of violence today are deeply distressing. I strongly condemn the violence and urge everyone to maintain peace," he said in series of tweets. "The law and order situation is being closely monitored. I reviewed the situation with the NSA (National Security Advisor Ajit Doval) and Home Secretary (Rajiv Mehrishi)," he said, adding that he has urged officials to "work round the clock to restore normalcy and provide all possible assistance that is required". It all began when CBI special judge Jagdeep Singh held the controversial sect leader, who has lakhs of followers mainly in Punjab and Haryana, guilty of raping and sexually exploiting two female disciples in 2002. The sentence will be pronounced on Monday. Credit: IANS
Advertisement1
3 of 5 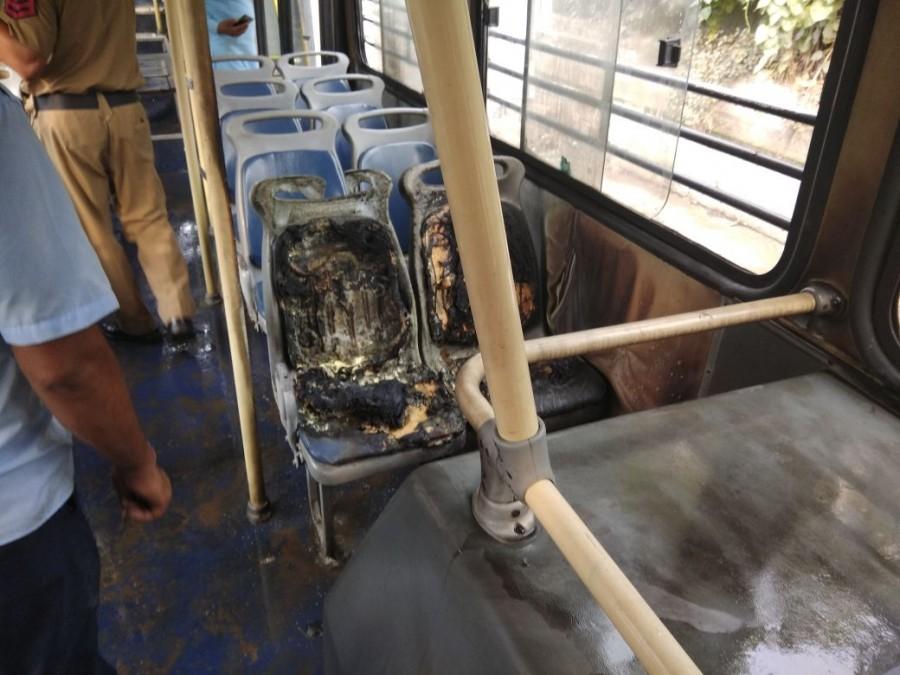 As the 15-year-long court battle ended, the sect chief was taken into custody. Soldiers deployed earlier rushed to the court and took charge. After a quick medical examination, the so-called godman was flown to a jail in Rohtak in Haryana. Ram Rahim Singh stood in the court with his hands folded in prayer and his eyes closed when the judge started reading the verdict. The tens of thousands of supporters massed outside and who initially thought he would be let off first became gloomy -- then furious. Even though the verdict was announced amid unprecedented security and thousands of police as well as paramilitary forces were deployed outside, the mobs took over the streets in no time, setting fire to scores of vehicles and buildings. Panchkula residents told IANS on telephone that the crowds had invaded and tried to set fire to a bakery, a cinema theatre and a hotel besides torching scores of cars and two-wheelers. Residents shut themselves inside their homes. Credit: IANS
4 of 5 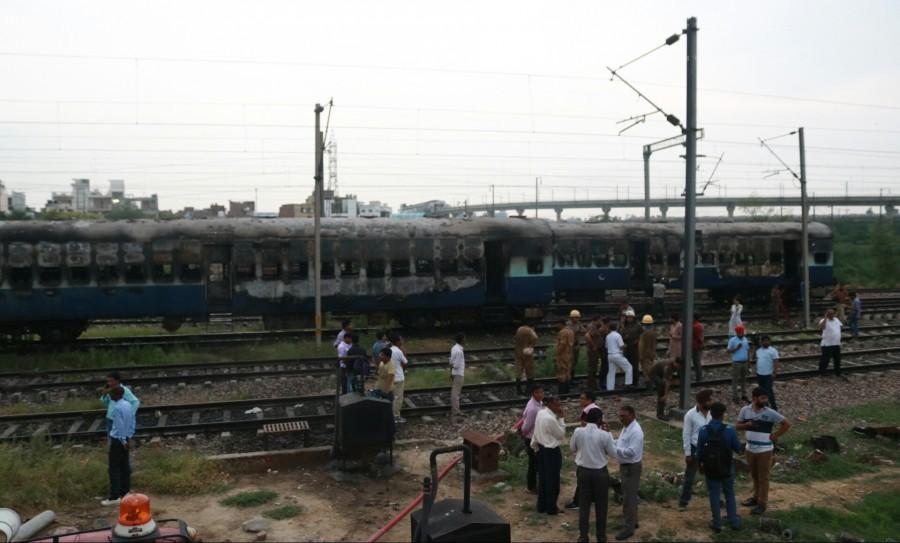 Initially, the vastly outnumbered security forces fled from the mobs as they were attacked along with journalists. Some journalists took shelter in nearby houses to escape the mob fury. The security forces then opened fire, killing 17 demonstrators. More than 250 people, including security personnel and journalists, were injured in the mayhem. The dead, bleeding and with bullet wounds, collapsed on the roads, witnesses said. Panchkula looked like a town under siege, plumes of black smoke rising into the sky. Hours later, Haryana Director General of Police B.S. Sandhu said: "Panchkula is now 100 per cent safe." Attempts were made to burn two railways stations in Punjab's Malout and Mansa towns. An electricity office in Sangrur town was set on fire. Two Income Tax department vehicles were also torched in Mansa. Credit: IANS
5 of 5 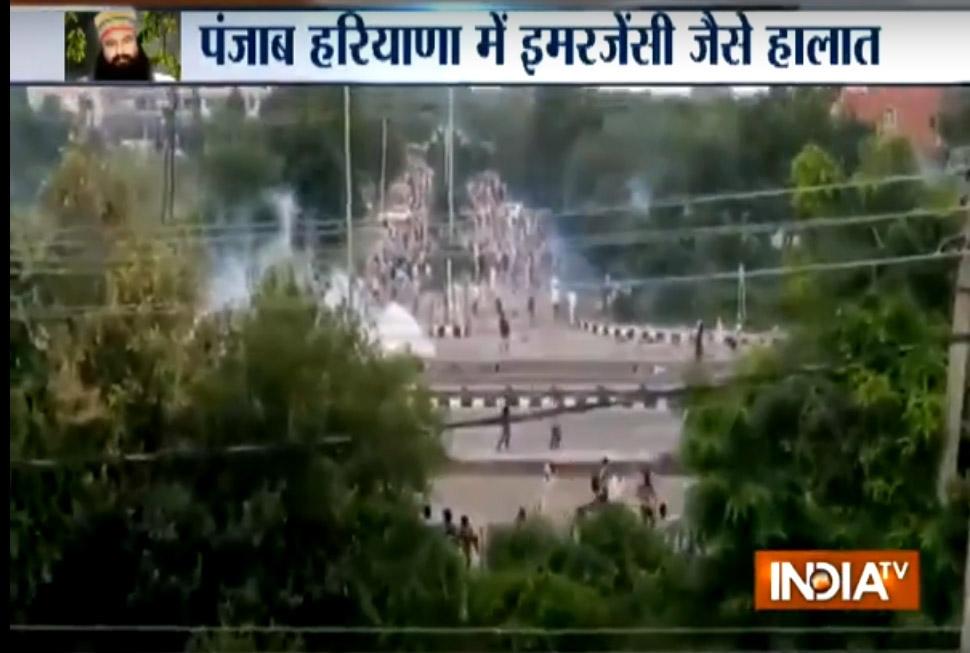 In Sangrur, a tehsil office in Lehragaga town went up in flames. In Lambi town in Punjab's Muktsar district, masked men lobbed petrol bombs on a telephone exchange and fired into the air to trigger panic. Across Haryana, traders lowered the shutters of shops in most towns. Security of Rohtak town was handed over to the Central Reserve Police Force. The town was also at the centre of widespread Jat agitation violence in February last year. Punjab Chief Minister Amarinder Singh and Haryana Chief Minister Manohar Lal Khattar appealed to the people to maintain calm. In Delhi, where two empty train coaches and two buses were set on fire, Chief Minister Arvind Kejriwal made a similar appeal. Credit: IANS
Advertisement
Related Articles
Advertisement
Latest Gallery