Defending champions Germany crashed out of the 2018 FIFA World Cup in the group stage after South Korea stunned the European powerhouse with a 2-0 victory in their final Group F contest here on Wednesday. From Group F, Sweden secured the top spot with six points, while Mexico, which also had six points, finished second due to an inferior goal difference. South Korea ended the group stage in the third spot with three points -- same as Germany, who are also going home. Before the two matches in the group on the day, Mexico had the best chance to enter the knockout stage, as a tie in the match with Sweden would be enough for it to qualify, while both Sweden and Germany fought with each other for second place, needing an outright victory and a big goal difference. South Korea also had a possibility to enter the playoffs as well, however, only if Sweden lost the game to Mexico. South Korea took care of their own end at the Kazan Arena, with Kim Young-gwon and Son Heung-min scoring in second half stoppage time. But Sweden made it all moot by beating Mexico 3-0 in Ekaterinburg, reported Yonhap news agency. Credit: Gettyimages
2 of 7

South Korea, as expectedly, deployed counter-attacking strategy to foil the German heavyweights. South Korea had only 31 per cent of ball possession in the match, and attempted only 251 passes, a third less than Germany. But those statistics weren't important as the final score. Against Germany, South Korea used a defensive lineup. With the absence of their midfield orchestrator and team captain, Ki Sung-yueng, South Korea started with 4-4-2 setup, but there was a twist as usual. Jang Hyun-soo, who started last two matches as a center back, protected back four as defensive midfielder, hoping his defensive efforts could work in the midfield against German technicians. Koo Ja-cheol, who is with German Bundesliga side FC Augsburg, played behind Son Heung-min, another South Korean player who is familiar with Germans with his stints at Hamburg and Bayer Leverkusen. As many would have predicted, Germany, who played with a 4-4-2 formation and made five changes to their starting line-up that defeated Sweden 2-1 in the last match, dominated possession from the midfield and ran the game carefully. Credit: Gettyimages
Advertisement1
3 of 7 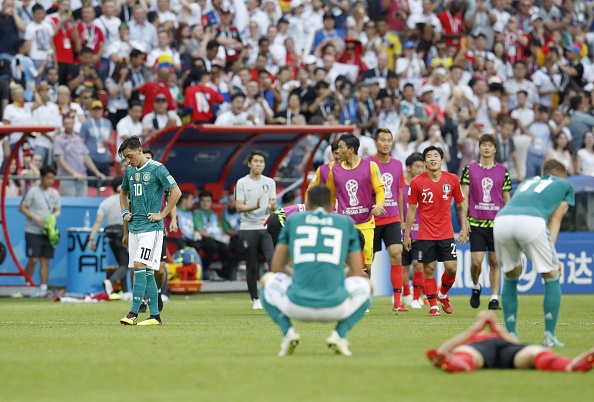 With South Koreans sitting back, German full backs Joshua Kimmich and Jonas Hector made overlapping runs and even penetrated the box. Mesut Ozil and Toni Kroos controlled the midfield with their passing skills and vision. For South Korea, taking a ball away from Germany and making a quick delivery to Son was their main homework. But it was a somewhat difficult task against the skillful and powerful Germans, and the South Koreans committed some sloppy fouls in the process. Just in the first half, South Korea made 11 fouls, more than double that of Germany, and received two yellow cards. South Korea surprised German goalkeeper Manuel Neuer a couple times in the first half, with Jung Woo-young's free kick and Son's thunderous strike that slightly flew over the net, but that was about it. South Korea did hold on to the 0-0 score in the first half, with Germany struggling to land shots on target. Both teams made substitutions to sway the match in their favour. South Korea put Hwang Hee-chan for Koo, and deployed the Red Bull Salzburg attacker on the right in the 56th minute. Credit: Gettyimages
4 of 7 After knowing Sweden won against Mexico, Germany were desperate for goals, taking out midfielder Sami Khedira for striker Mario Gomez in the 58th minute, and Leon Goretzka for Thomas Muller in the 63rd. With Germans moving forward, South Korea also found open space behind the opponents, and Son, with Moon Seon-min, carried the ball near to the box, but they lacked a delicate final touch. Germany, on the other side, were struggling with the same problem. Even though they made shots on target, their attempts went straight to goalkeeper Jo Hyeon-woo. They fired 26 shots, but only six were heading to the net. And South Korea had grit and endurance to fight until the end. All told, they ran 118 km, three more than Germany. With the Germans keep making mistakes, South Korea waited for fast break and bagged the opening goal in the 93rd following a corner kick situation and with a help of VAR system. Frustrated Germans even moved forward their goalkeeper Manuel Neuer, and South Korea didn't miss that opportunity. In the 96th minute, following Ju Se-jong's long pass, Son tucked the ball into the empty net for their historic win, inflicting a rare historical defeat on the European outfit. Credit: Gettyimages
5 of 7 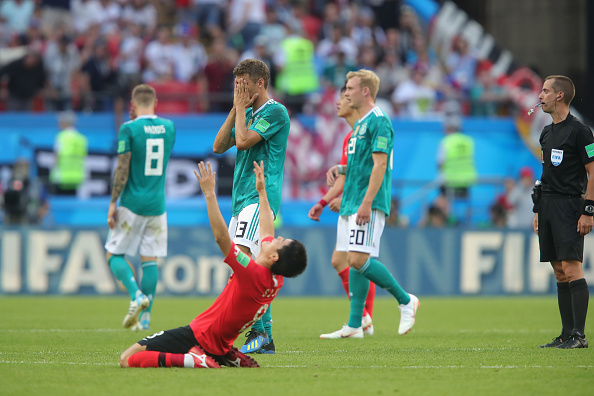 Meanwhile in Ekaterinburg, Sweden were at the top of their game, reported Xinhua news agency. The decisive match started with a breathtaking tempo, as both sides demonstrated aggressiveness and determination from the very beginning, and Jesus Gallardo was booked by the referee within the first minute. A floppy back-pass of the Swedes gave Mexico first goal-scoring chance in the 16th minute, but Carlos Vela's curling shot just missed the goal inches wide of the far post. Mexico survived a penalty scare as the referee stopped the game to review VAR, then refused to revise his initial judgment. Credit: Gettyimages
6 of 7 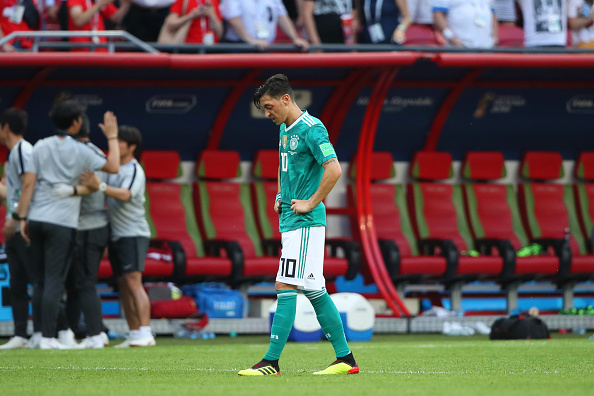 Sweden pulled ahead in the 50th minute when Viktor Claesson's shot ended up an unanticipated assist for Ludwig Augustinsson, whose calm half-volley gave Sweden a 1-0 lead. The Scandinavians were awarded a penalty after Hector Moreno fouled Marcus Bergin in the box. Captain Andreas Granqvist made no mistake from the spot. Credit: Gettyimages
7 of 7 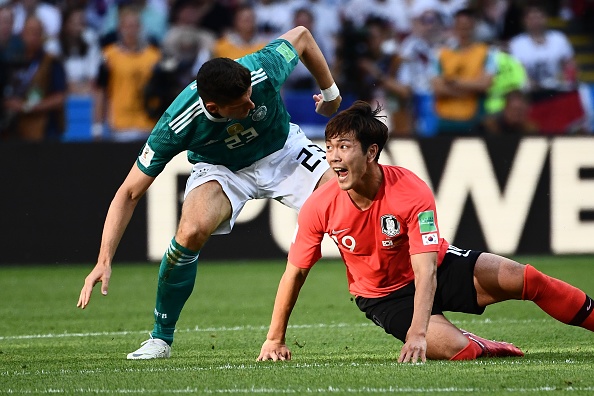 Mexico defender Edson Alvarez scored an own goal in the 74th minute to help Sweden seal the victory and top position on the group standings on a superior goal difference. Sweden will next take on the runners-up of Group E and Mexico will play the Group E winners. Credit: Gettyimages
Advertisement
Related Articles