A family claiming to be from Haiti is confronted by Royal Canadian Mounted Police (RCMP) officers as they cross the US-Canada border. More than 4,300 asylum seekers crossed the U.S. border into Canada in the first six months of this year. Many told Reuters they feared Trump's immigration crackdown. Credit: Reuters
2 of 5

A family claiming to be from Haiti drag their luggage over the U.S.-Canada border into Canada from Champlain, New York, August 3, 2017. Hundreds of Haitians are streaming across the U.S. border into Canada, fearing deportation by U.S. President Donald Trump, according to aid workers and Quebec officials who have opened Montreal's Olympic Stadium to help process the influx. Credit: Reuters
Advertisement1
3 of 5 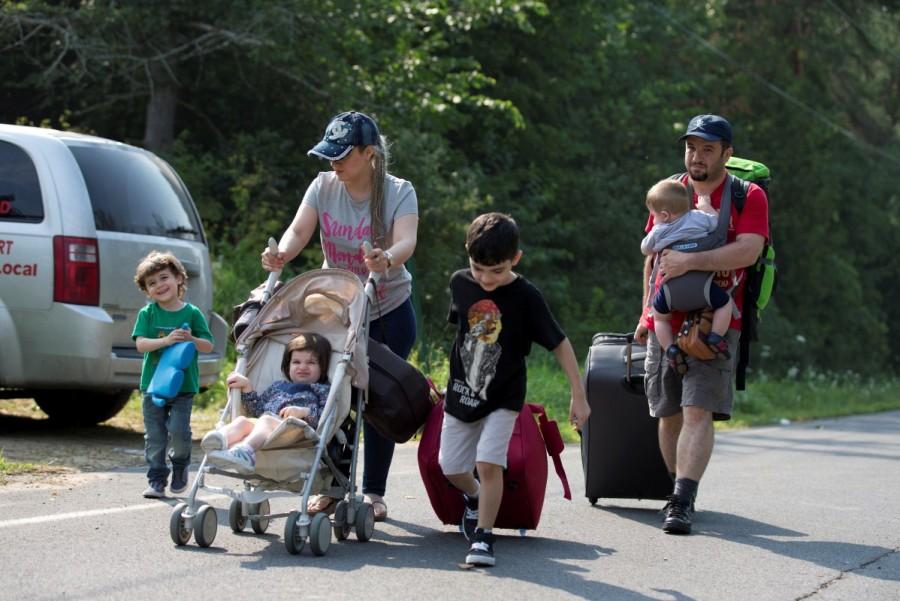 Raed Alakhras from Syria arrives on Roxham Road by taxi with his family to cross the US-Canada border into Canada from Champlain, New York, August 3, 2017. Credit: Reuters
4 of 5 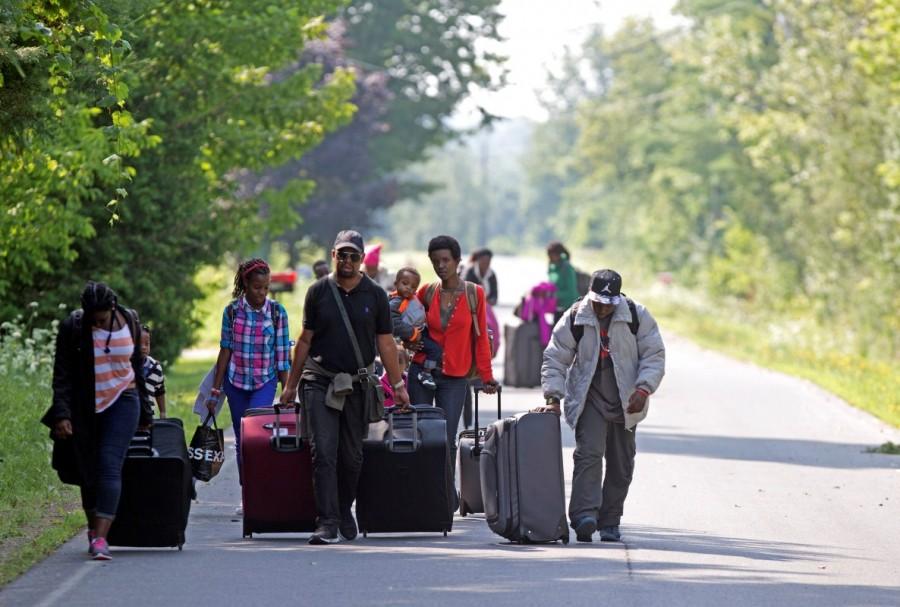 Three families that claimed to be from Burundi walk down Roxham Road to cross into Quebec. Quebec Immigration Minister Kathleen Weil said Thursday that the province is getting as many as 150 refugee claims a day. "We have the necessary experience to deal with this situation ... (but) that pace is stretching our resources," she told reporters. Credit: Reuters
5 of 5 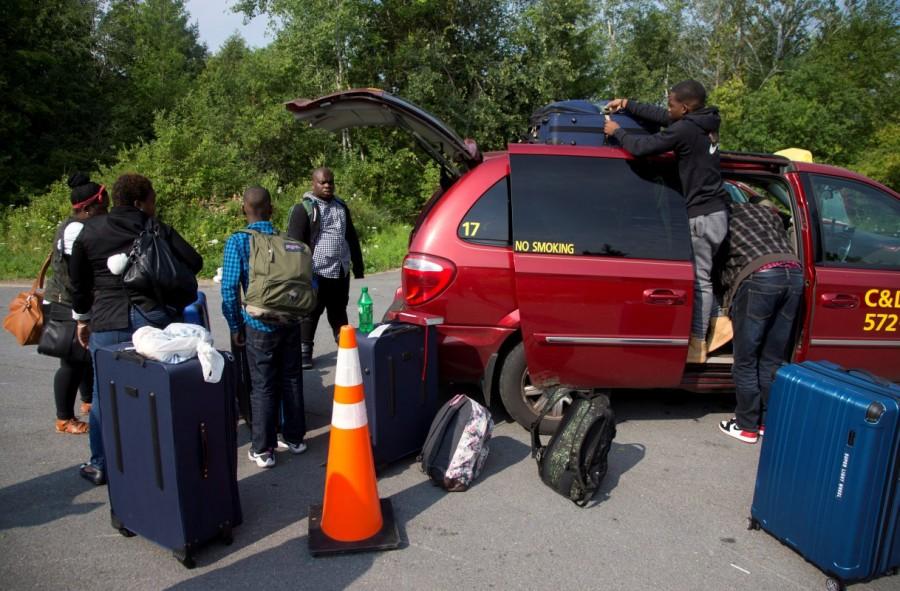 A refugee family claiming to be from Haiti take their luggage from their taxi as they arrive at the U.S.-Canada border. About 400 to 500 Haitian asylum seekers walked into the province of Quebec in the past week, said Marjorie Villefranche, director of the Maison d'Haiti, a community group in Montreal that is helping to settle the newcomers. Credit: Reuters
Advertisement
Related Articles
Advertisement
Latest Gallery