It was a brilliant neck-and-neck affair till the 66th minute when Forsberg scored the goal, after which Switzerland failed to display the same energy and thus lost the issue. Forsberg broke the deadlock in the 66th minute through a low-ball shot which was deflected by Switzerland's Manuel Akanji in the goalpost. The match started with Switzerland taking the upper hand in the match. In the opening minute, Switzerland's wide forward Xherdan Shaqiri slammed a ball from distance to the near post. Shaqiri did not stop here and went on with the another chance few minutes later but the ball was deflected away from the danger zone by the defenders. After putting up the early pressure, Sweden regrouped their strategy and it paid off to some extent as forward M. Berg beat the offside trap and charged in behind, but his shot was stopped by the goalkeeper Yann Sommer in one-on-one tackle. Credit: Getty Images
2 of 5

Just after this attack, Switzerland found themselves under pressure as defender J. Djourou, who was in the starting XI in place of suspended Fabian Schar, made an head attempt unconvincingly in the box which landed in-front of Shaqiri and the latter got it clear to deny a brilliant effort. In the 27th minute, Sweden got another chance to take the lead when striker O. Toivonen slammed the ball to the bottom-left corner but he failed to finish perfectly as goalkeeper Sommer dived to his right to deny the effort. With both teams attacking fiercely, none of them found the back of the net in first 30 minutes of the match. Shaqiri, Toivonen, Berg tried hard to score for their respective teams but lacked proper finishing. In the 38th minute, the best scoring chance of the game came when some brilliant one-touch passing pierced the Swedish defence down the left before Blerim Dzemaili blasted over from inside the box. Credit: Getty Images
Advertisement1
3 of 5 The next couple of minutes saw both teams creating chances in each other's box but failed in converting those chances and as a result Sweden and Switzerland went to the tunnel goalless. In the second half, Sweden continued where it left. In the 49th minute, Forsberg displayed brilliant skill to dodge two Swiss players before Toivonen snatched the ball and slammed over over the bar. Credit: Getty Images
4 of 5 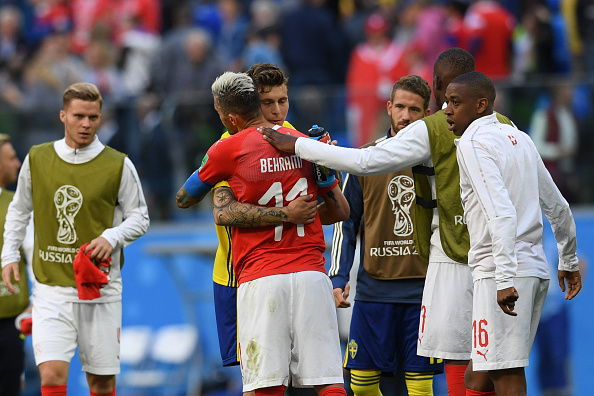 The series of attacks continued and the much awaited moment came in the 66th minute when Forsberg found the space on the edge of the box and fired low shot which was deflected by Akanji in the goalpost. The goal forced Switzerland to play more attacking game as their forwards starting putting pressure on Sweden's defence. But unperturbed by the pressure, Swedish players kept their calm. Credit: Getty Images
5 of 5 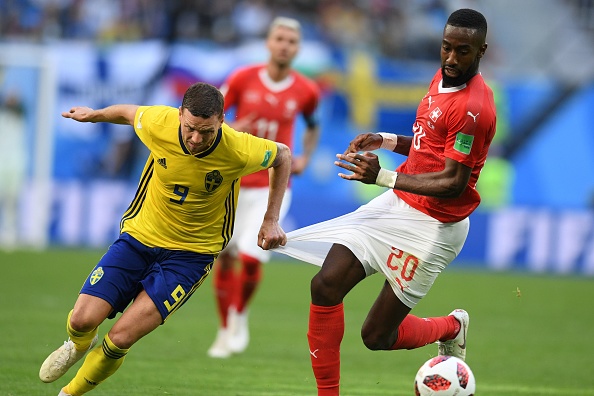 Sweden soon, made series of substitutions to minimise the pressure and the move proved to be successful as they were close to earn a penalty in the dying minutes of the game. But a free-kick by Andreas Granqvist from just outside the box which was brilliantly saved by Sommer to wrap up the issue 1-0 Credit: Getty Images
Advertisement
Related Articles

What Indians Googled in 2022: IPL, Brahmastra, KGF 2 Top The List

"This is so disrespectful": Nora Fatehi faces flak for holding Indian National flag upside down at FIFA fanfest