England put up a strong all-round show to thump an underwhelming India by eight wickets in the series-deciding third and final One-day International (ODI) at the Headingley cricket ground here on Tuesday. Leg-spinner Adil Rashid's triple strikes in the middle overs helped England restrict India for a below par 256/8, despite captain Virat Kohli playing a 71-run knock. Then India's bowlers could not respond to brilliant batting from Joe Root (100 not out) and Eoin Morgan (88 not out), who shared an 186-run stand for the third wicket as the hosts cantered to a big win, with 5.3 overs to spare. It was England's second consecutive win as they bounced back strongly after the first ODI loss in Nottingham before they produced a handsome win at the Lord's. Credit: Twitter/ICC
2 of 7

For India, it was the second successive occassion in which their bowling and batting were outclassed. After conceding 322 runs before being bowled out for 236 in the second ODI, India made as many as three changes, dropping pacers Umesh Yadav, Siddharth Kaul and batsman Lokesh Rahul in favour of pacers Bhuvneshwar Kumar and Shardul Thakur and batsman Dinesh Karthik. However, despite these changes, the result did not change. Put in to bat, India rode on captain Kohli's 71, combined with his predecessor Mahendra Singh Dhoni's laborious 66-ball 42 and a valuable 44 from opener Shikhar Dhawan even as Rashid applied the brakes to return figures of 3/49 off his 10 overs. India were in trouble early on, losing in-form opener Rohit Sharma for a sluggish 18-ball 2, before Dhawan and Kohli forged a 71-run second wicket stand to inject life back into the innings. Credit: Twitter/ICC
Advertisement1
3 of 7 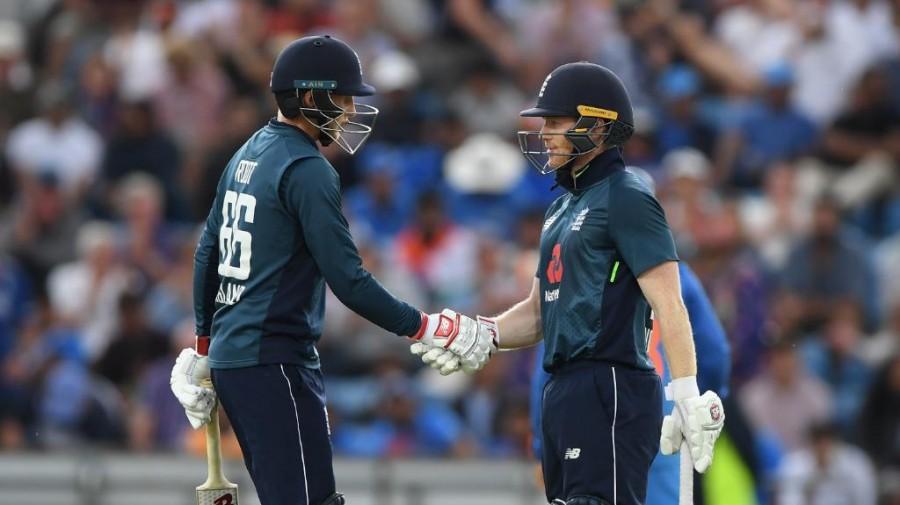 With the right-left duo of Kohli and Dhawan going all guns blazing, all-rounder Ben Stokes brought the hosts back into the game with the run-out of Dhawan, who by then had faced 49 balls and struck seven fours. The southpaw's dismissal brought in Dinesh Karthik for his first game of the tour. Karthik started off well with a boundary before picking two more on his way to a quickfire 22-ball 21 but an inside edge off a tossed up delivery from Rashid ended his stay and also the 41-run third wicket stand. Despite losing his partners at the other end, Kohli kept his cool to raise his 48th ODI half century with a boundary off pacer Liam Plunkett and thereafter began switching gears even as Suresh Raina (1) joined him in the middle. However, Rashid and his fellow spinner Moeen Ali managed to keep the run flow in check, which prompted both the Indian batsmen to take risks and in the process the leggie bamboozled the Indian skipper with a ripper which broke through his defences before Raina too departed off the same over. Credit: Twitter/ICC
4 of 7 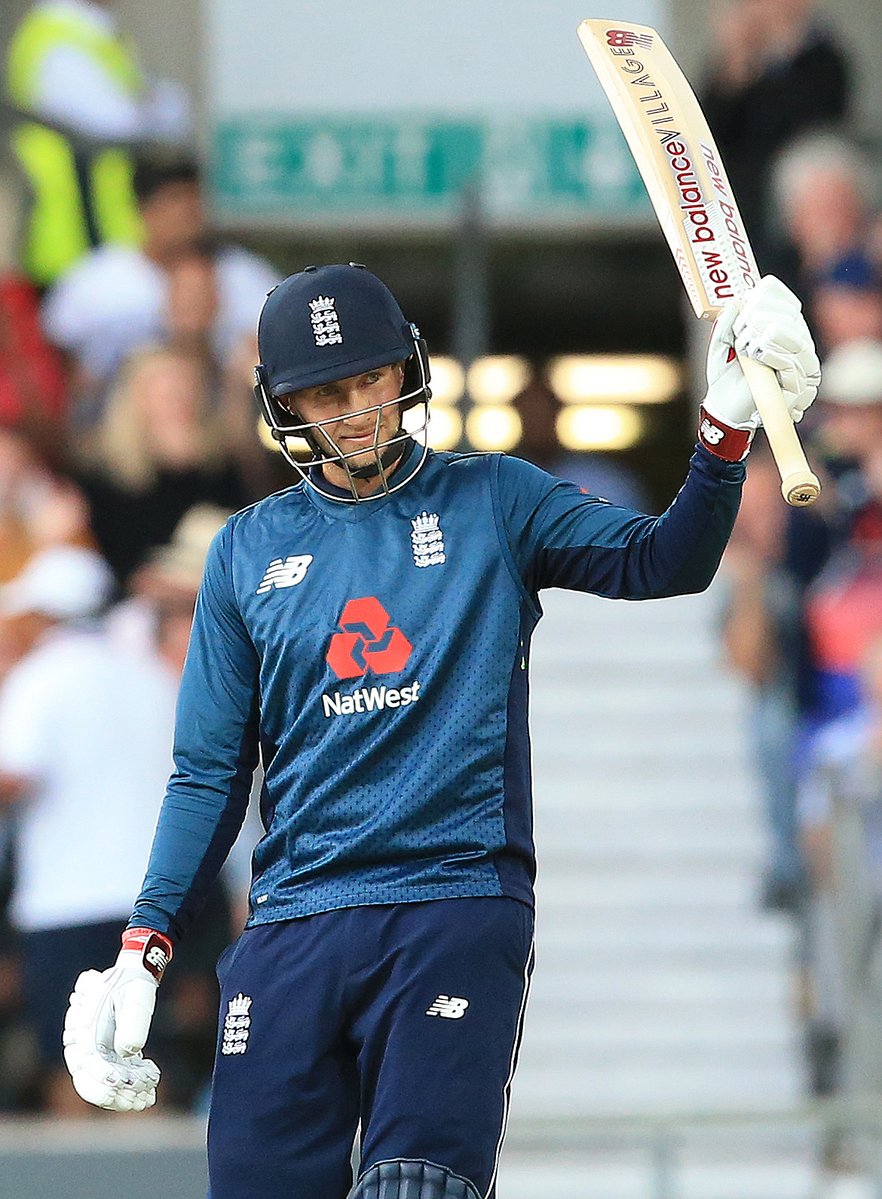 With India in deep trouble, Dhoni once again came to the rescue with a hard working innings, and together with all-rounder Hardik Pandya (21 off 21 balls), raised a 36-run stand for the sixth wicket before adding another 27 runs with Bhuvneshwar Kumar (21 off 35) to stretch the total to some sort of respectability. Towards the end, pacer Shardul Thakul produced a brilliant cameo of 13-ball unbeaten 22, that saw him launch Stokes for two sixes in the penultimate over as India's total crossed the 250-run mark. For England, besides Rashid's three wickets, pacer David Willey also returned figures of 3/40 while fellow quick Mark Wood took one wicket. Credit: Twitter/ICC
5 of 7 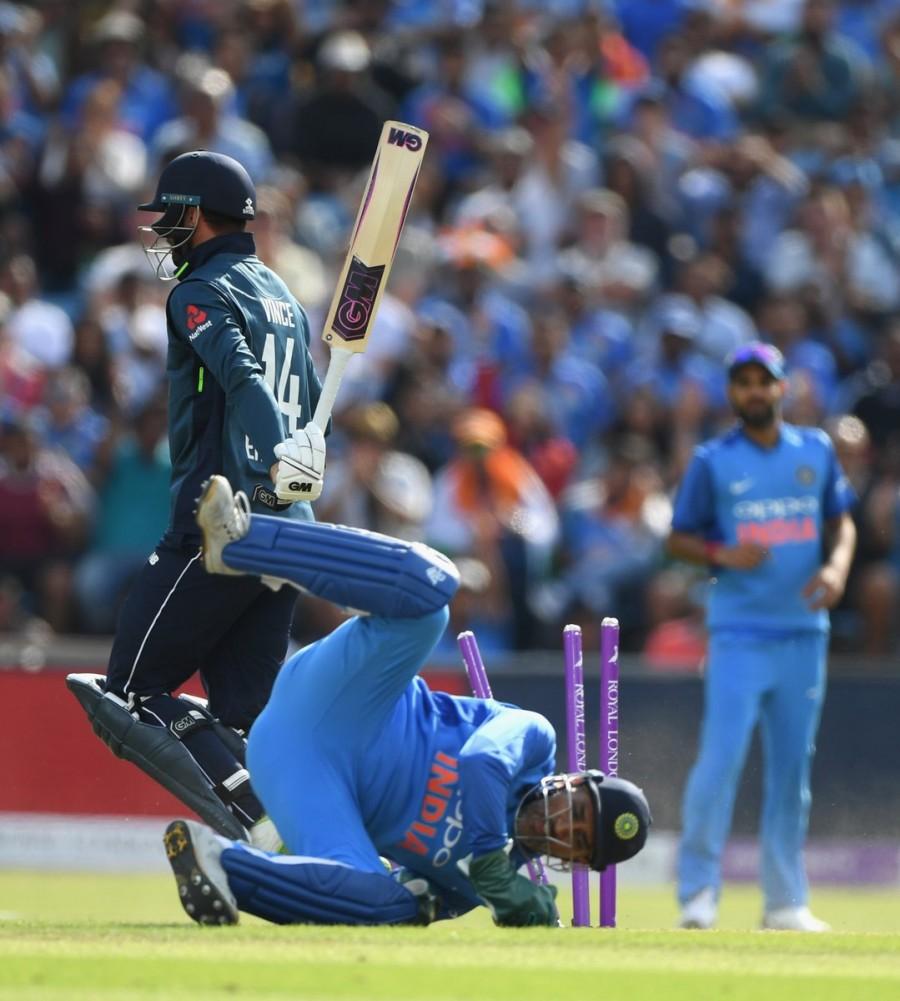 Chasing a relatively easy target in modern-day one-day cricket, England got off to a flier, thanks to Jonny Bairstow's quickfire 30 off 13 deliveries. However, pacer Thakur brought relief for India as Bairstow was caught by Raina. Root then joined hands with James Vince (30), who was making hi first ODI appearance in two years. The partnership was running smoothly for 30 runs until the latter ran for a second but was caught short by a throw from Pandya from midwicket and Dhoni effected a run out. Credit: Twitter/ICC
6 of 7 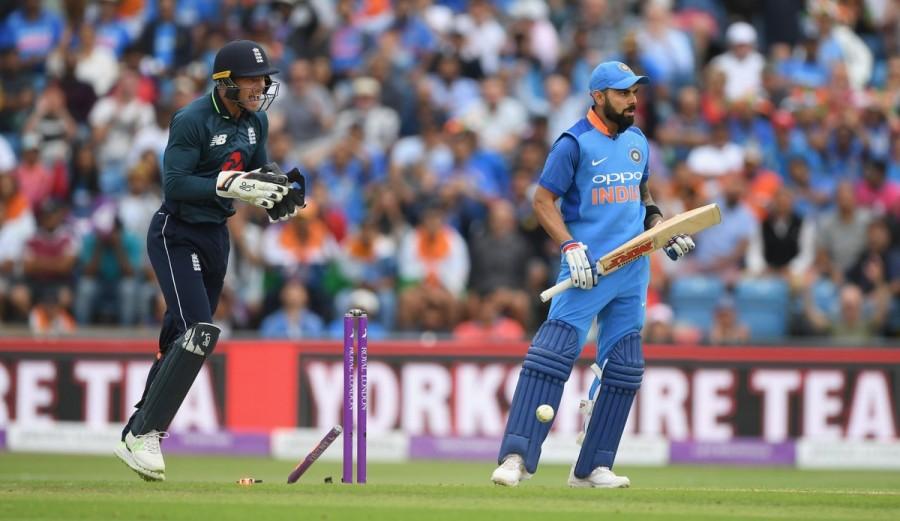 Root, who roared back to form in the previous ODI with an 113, was joined in the middle by his captain Moragan, who also returned to form with a 53 at Lord's. Luck was also on England's side as right-hander Root was dropped by Dhoni, who dived to his left to pick an edge off a wide delivery from Shardul in the 30th over. Root was batting on 59 then. Root completed his 13th ODI century with a four towards midwicket off Hardik as it not only gave him the three-figure mark but also sealed England's win. Credit: Twitter/ICC
7 of 7 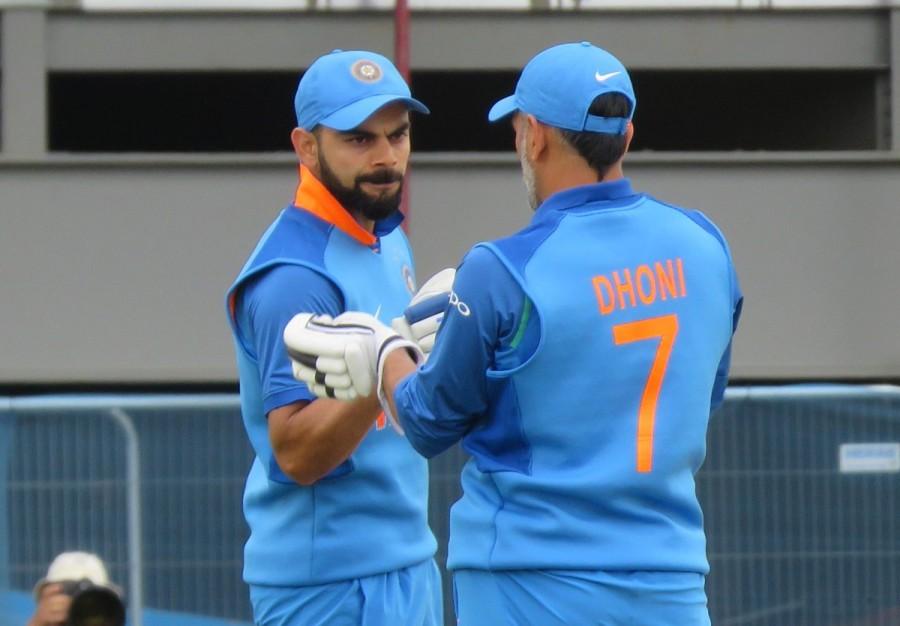