Indian shooter Heena Sidhu won gold in the women's 25 metre Pistol event at the 21st Commonwealth Games (CWG) here on Tuesday. Heena notched up a new CWG record of 38 points in the final to take the title in style. Elena Galiabovitch of Australia scroed 35 to take silver while Malaysia's Alia Sazana Azahari got bronze with 26. Credit: (Photo by PATRICK HAMILTON/AFP/Getty Images)
2 of 5

This was the 11th gold medal for India in this year's CWG and Heena's first individual gold in three editions of this quadrennial event. Heena, who has a total of four CWG medals to her name, had bagged bronze in the women's 10m air pistol event on Sunday. She had also won a gold in the women's 10m air pistol pairs and silver in the individual event at the 2010 edition in New Delhi. Credit: (Photo by PATRICK HAMILTON/AFP/Getty Images)
Advertisement1
3 of 5 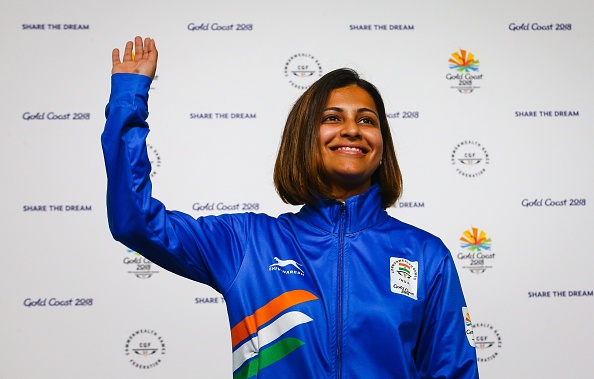 The fact that Heena managed to emerge champion on Tuesday despite an injury in her trigger finger, speaks volumes of her determination and makes the victory all the more creditable. Annu Raj Singh, the other Indian in the fray, fizzled out in the final after an excellent performance during qualification, to take the overall sixth place. Elena was the fastest off the blocks in the final and Heena was trailing behind the Australian till the fifth series. Credit: (Photo by PATRICK HAMILTON/AFP/Getty Images)
4 of 5 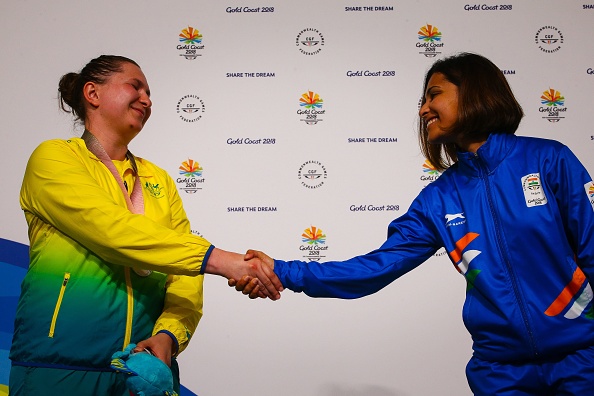 Heena did well to close the gap by scoring with all her five shots in the fifth series before another perfect score in the sixth saw her take the joint lead. The Indian took sole lead after the first shot in the seventh series and subsequently increased the gap. With a two-point lead at the end of the seventh series, Heena found the target in four of the five shots in the eighth to be ahead by three points. Credit: (Photo by PATRICK HAMILTON/AFP/Getty Images)
5 of 5 Although the Australian managed to close the gap by one point in the ninth series, Heena held her nerves in the 10th and final series to emerge champion. Earlier, Annu finished the qualification stage at the second spot with a total of 584 points. Heena was third with 579. Xiu Hong Teh of Singapore topped the qualification standings with 584. Annu had taken pole position at the end of the Precision round with 293. She managed 291 in the Rapid round while Xiu scored 293. Credit: (Photo by PATRICK HAMILTON/AFP/Getty Images)
Advertisement
Related Articles
Advertisement
Latest Gallery