"Many people in Bengaluru live in huge houses, drive rich cars and for them food is not an issue. But millions of people here are construction workers, auto rickshaw drivers and barbers who do not have enough money. The Indira Canteens will serve these people," Gandhi said while inaugurating the canteen at Jayanagar ward here. "We want the poorest and the weakest in the city to know that they cannot go hungry." Credit: Twitter/OfficeOfRG
2 of 4

Along with Chief Minister Siddaramaiah, city Mayor G. Padmavathi, Karnataka Pradesh Congress Committee President G. Parameshwara and other party leaders, Gandhi inspected the canteen named after his grandmother and former Prime Minister Indira Gandhi. Besides the one in Jayanagar, 100 other canteens will be opened on Wednesday for dinner, which will be served free of cost to all on the first day, the Chief Minister said in a statement, calling the launch a "historic day" for Karnataka. Credit: Twitter/OfficeOfRG
Advertisement1
3 of 4 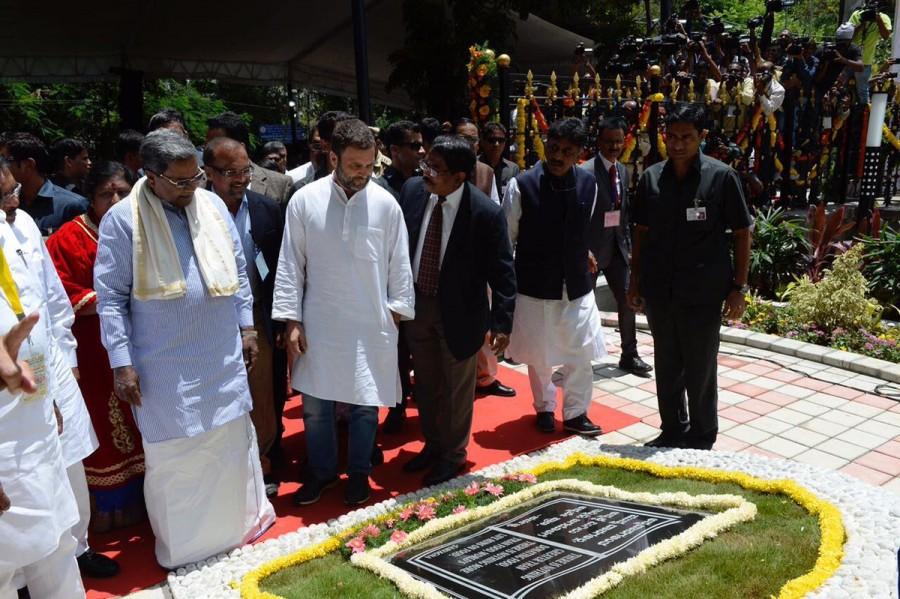 In the initial phase of the launch, 101 canteens will daily serve vegetarian breakfast at Rs 5 per plate and lunch and dinner at Rs 10 each in 101 civic wards. "Today is a historic day for Karnataka in our fight against hunger and malnutrition with Indira Canteens getting launched across Bengaluru," the Chief Minister said. Credit: Twitter/OfficeOfRG
4 of 4 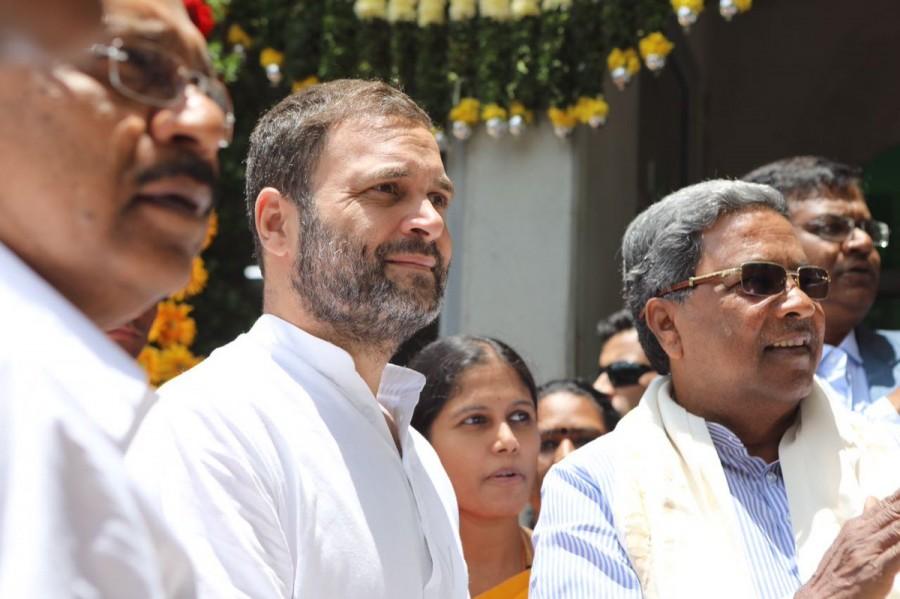 "Indira Canteens will play a significant role in alleviating urban hunger, especially helping the working class and migrant labour," he said. More canteens will be opened in the remaining 97 wards from October 2 to mark the 150th birth anniversary of Mahatma Gandhi. Credit: Twitter/OfficeOfRG
Advertisement
Related Articles