Started From The Bottom Shah Rukh Khan accepted to do a nude scene with Deepa Sahi in a movie called Maya Memsaab (The Enchanting Illusion in English) which was directed by Ketan Mehta. Khan was striving to make it big in Bollywood at the time. Credit: Getty Images
2 of 18

Apparently The Truth Did Not Pull Through This Time Aamir Khan and Jessica Hines, a British journalist, were in a live-in relationship when Jessica got pregnant with Aamir's child. Aamir reportedly asked her to either abort the child or forego their relationship. She chose the latter and gave birth to a son named Jaan. Both mother and son live in London. Credit: Getty Images
Advertisement1
3 of 18 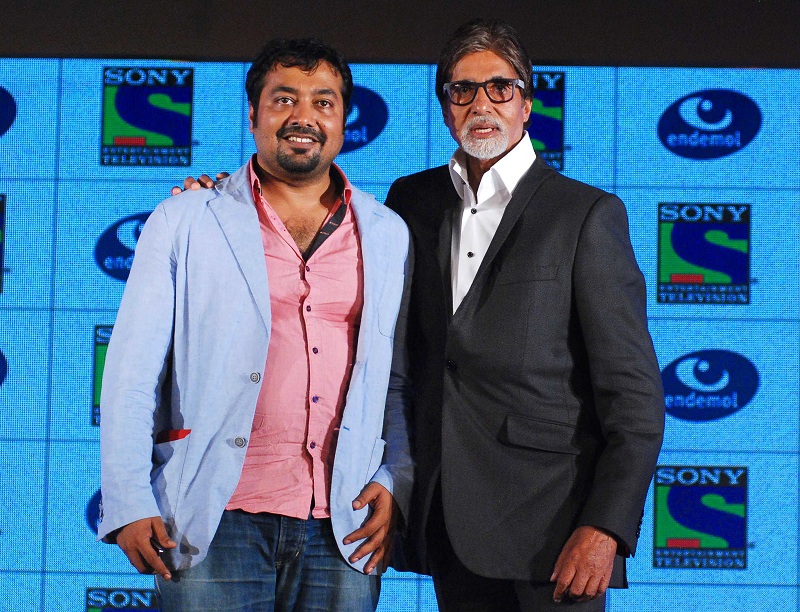 When Anurag Kashyap Took A Shot At Amitabh Bachchan "See Chittagong, a far superior film made on the same subject as Khelein Hum Jee Jaan Sey. At 1/8th the cost, far superior actors and immense passion... Producers decided to sit on it, because of a phone call from someone, because that someone was trying desperately to save his son's career... Welcome to Bollywood, where whose son you are outshines all the hard work and passion and potential and talent. KHJJS came and went, now what?" Credit: Getty Images
4 of 18 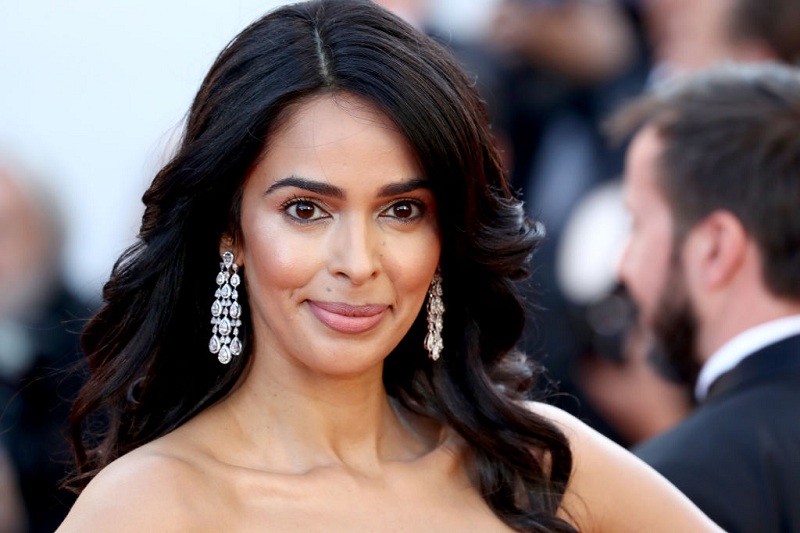 A Bold Statement The poster of the movie Dirty Politics with Mallika Sherawat created a controversy where she was seen draped in a Tricolor sitting atop an Ambassador car. There was a massive objection from people all over the country mainly from the state of Rajasthan. Credit: Getty Images
5 of 18 Draping Drama Mandira Bedi donned a flag-themed saree while hosting the final match of the cricket World Cup in 2007, and the drape displayed the Indian flag beneath her knee. She later ended up apologizing for it. Credit: Getty Images
6 of 18 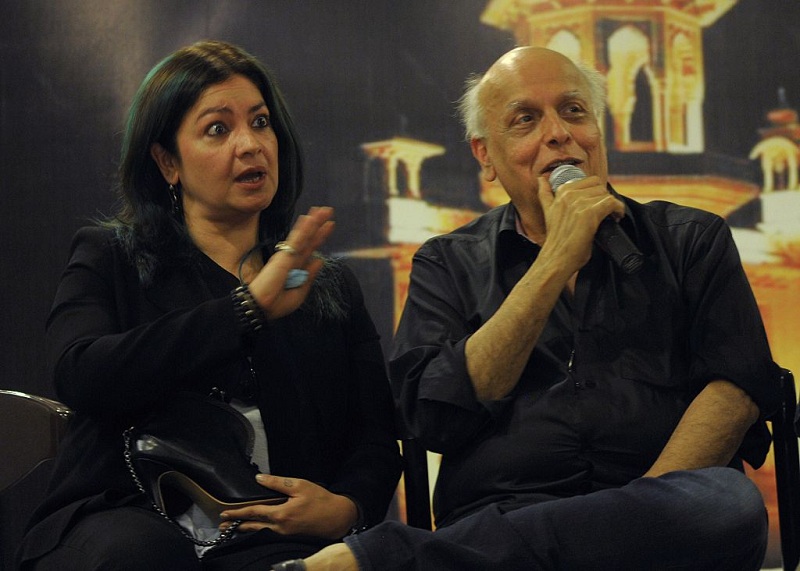 Game Of Bhatts Mahesh Bhatt shot for a magazine cover with daughter Pooja Bhatt, and they kissed. This picture was thumped by the fans and became the much-discussed story in the town. "If Pooja weren't my daughter, I'd love to marry her," said Bhatt, thus adding more fuel to the fire. Credit: Getty Images
8 of 18 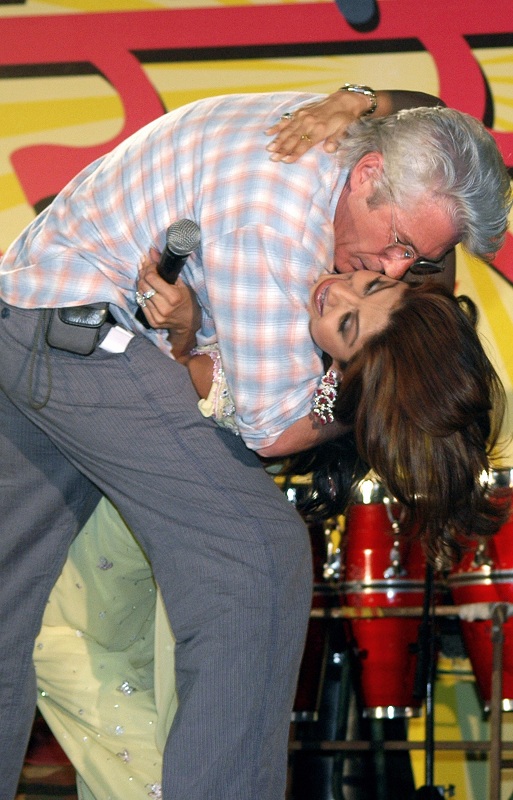 When Hollywood met Bollywood Shilpa Shetty got kissed by Richard Gere at a press gathering, and Indians lost their marbles and hurried to avenge Shetty's honor. The Rajasthan government even issued an arrest warrant on them for obscenity. Credit: Getty Images
9 of 18 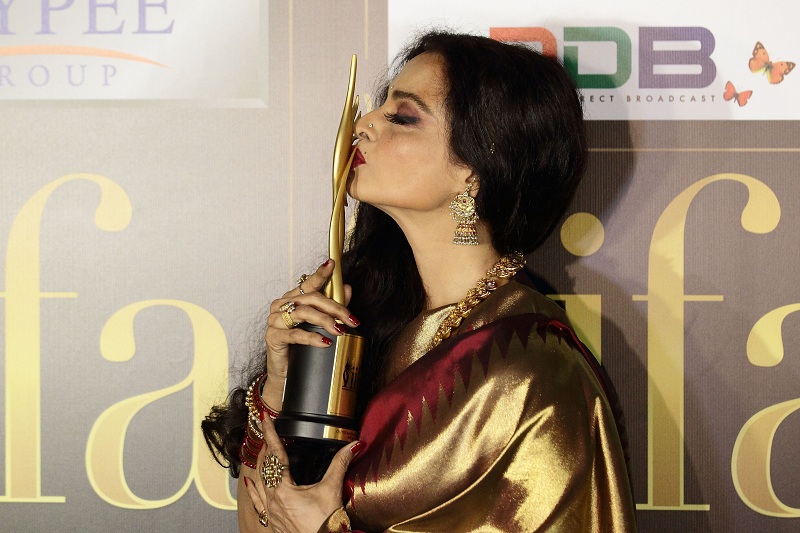 Cheers To Narrow-mindedness Rekha and Biswajeet's kissing scene in the film "Do Shikaari" lead to the release of the film being stalled for ten years. Credit: Getty Images
10 of 18 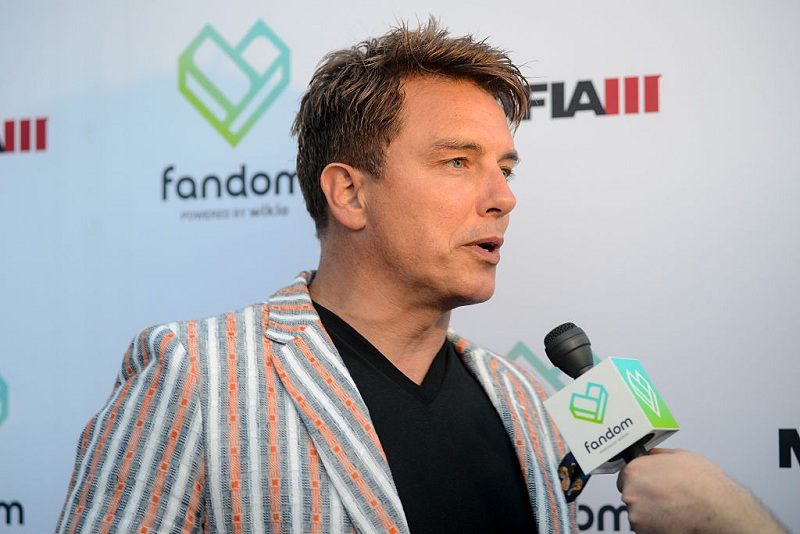 The Phobia Shahrukh Khan and John Barrowman's kissing happened on the sets of a television program as it was also a part of a comic scene in the film My Name Is Khan, which later got discarded. Credit: Getty Images
11 of 18 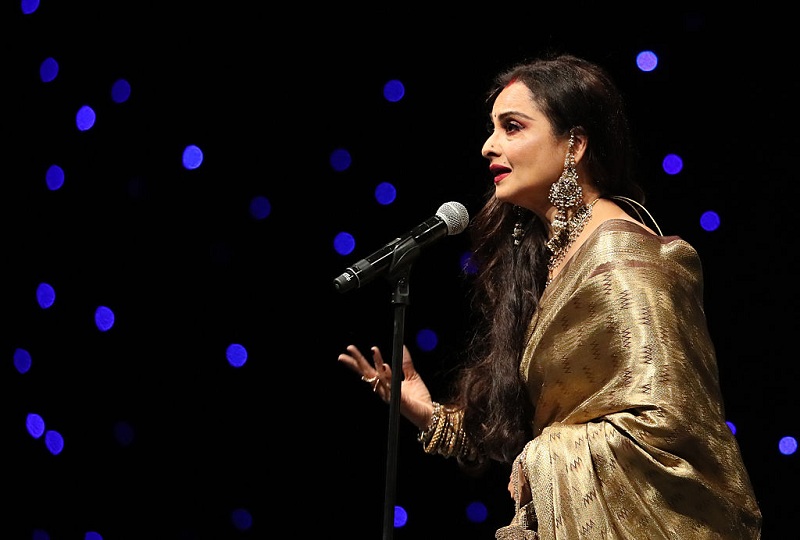 The Phobia Continues Rekha and Kajol had shot for the magazine back in the 90s which conceived a controversial stir in the nation. The actresses tucked into one sweater in the picture, which did not get down too well with the Indian readers. Credit: Getty Images
12 of 18 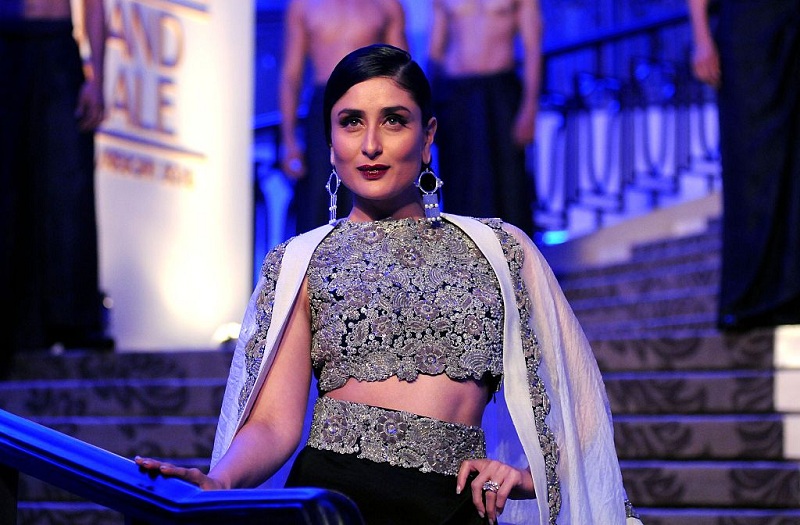 For All The Wrong Reasons Before the release of Bajrangi Bhaijaan, Kareena Kapoor's photograph was morphed and used on the cover of VHP’s magazine Himalaya Dhwani to publish a warning against 'love-jihad' among people. The actress hired two bodyguards as a precautionary measure because of this dubious campaign. Credit: Getty Images
13 of 18 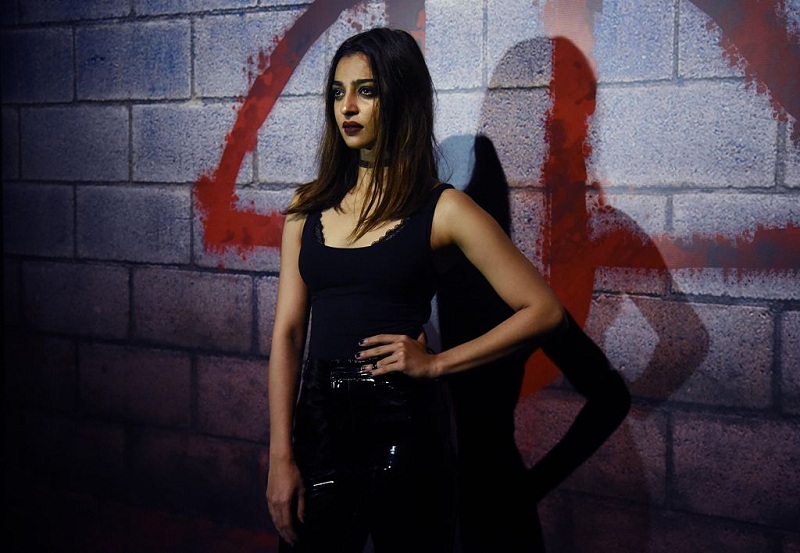 The Happening In 2014, Radhika Apte's nude self-shot pictures went viral on social networking websites. "You guys! If you’re going to get someone to pass off as naked me, she needs to look a lot more like me," she Tweeted dismissing the news Credit: Getty Images
14 of 18 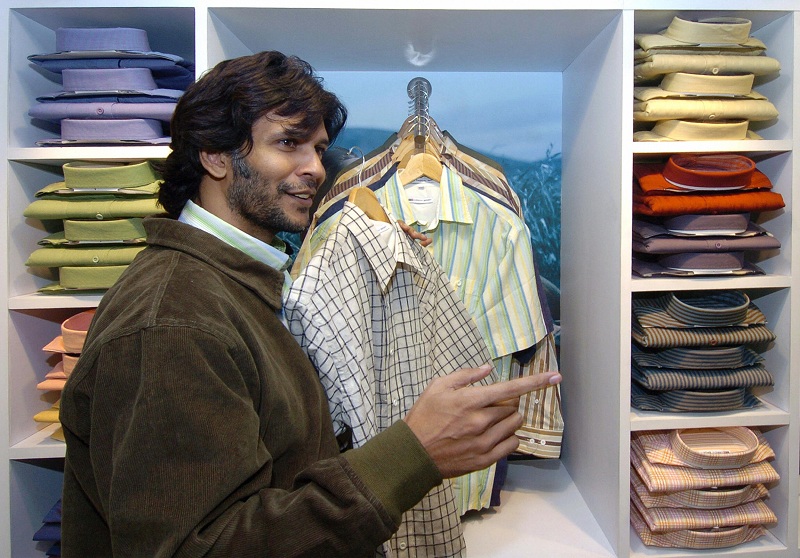 The Broadly Narrow-Minded The main models of their times, Milind Soman and Madhu Sapre posed nude for the advertisement of Tuff shoes which created a lot of controversies back in 1995. The two were even dating then. Credit: Getty Images
15 of 18 So Much Drama For 950 Bucks In 2009, Akshay Kumar got Twinkle Khanna to undo his jeans as part of the publicity for a denim brand at Lakme Fashion Week. This generated a reaction in India leading to the detention of his wife for allegedly offensive conduct at the event. She was later cleared on a cash bail of Rs. 950. Credit: Getty Images
16 of 18 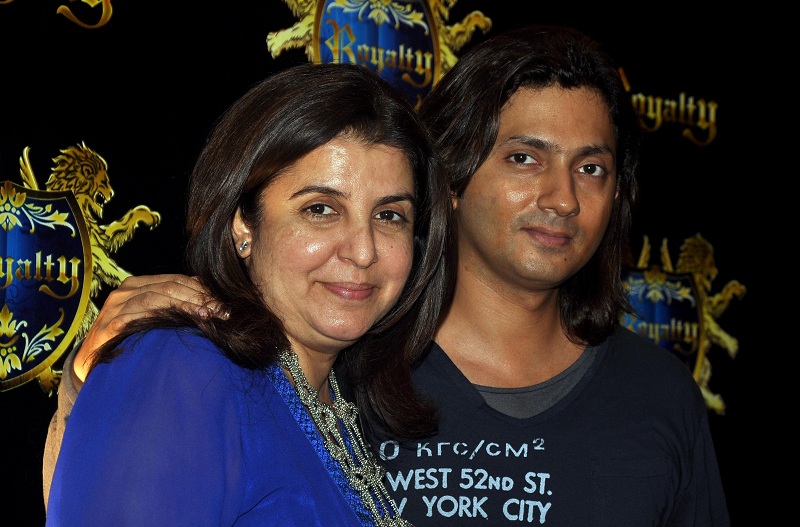 No Wonder They Stopped Working Together In 2008, Shahrukh Khan slapped Farah Khan's hubby, Shirish Kunder at Sanjay Dutt's party. According to statements, Shirish was wasted and followed Khan everywhere while until the latter lost his control. Credit: Getty Images
17 of 18 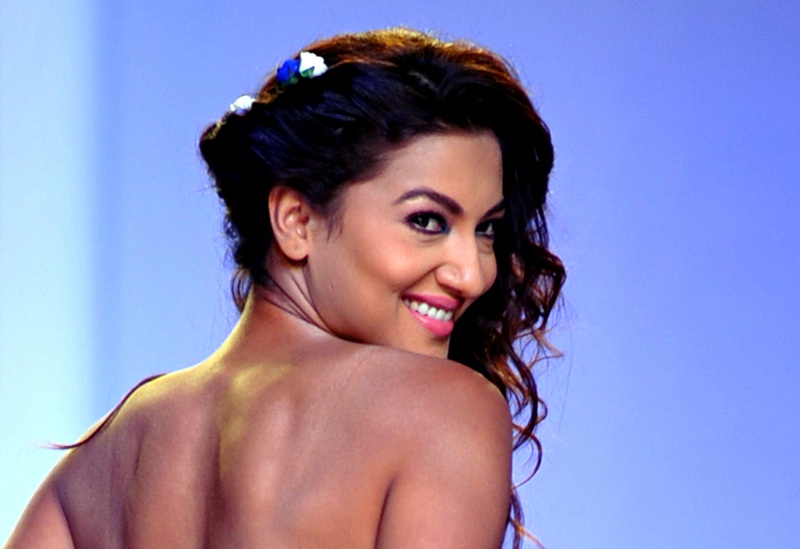 Freedom Of Expression They Say While she was hosting the grand finale of a singing contest India's Raw Star on Star Plus Gauhar Khan was slapped by a man, "Being a Muslim woman, she should not have worn such a short dress," said the accused after the Mumbai Police arrested him for slapping and molesting her. Credit: Getty Images
18 of 18 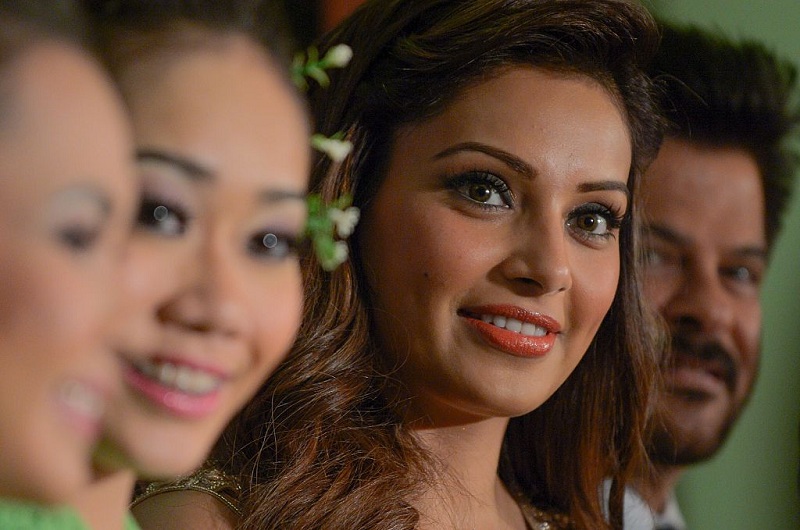 Expression Lacked Freedom Bipasha Basu and Dino Morea featured in an advertisement for an undergarment brand that was pulled down for being too provocative in 1998 as it was considered too much for the Indian audience. Credit: Getty Images
Advertisement
Related Articles
Advertisement
Latest Gallery