Australia needed just 16 overs and a little over an hour on the final morning to complete a resounding win, according to the International Cricket Council (ICC) website. Warner and Bancroft's 173-run stand broke an 87-year-old record for the highest ever unbeaten opening stand in a successful chase in Test cricket. Credit: (Photo by Chris Hyde - CA/Cricket Australia/Getty Images)
2 of 5

Warner was unbeaten when Bancroft brought up the winning runs. It was Warner's ninth Ashes half-century and his 25th in all Tests, while for Bancroft, it was a maiden Test fifty. After England had been bowled out for 302 in their first innings, Australia were struggling at 201/7 when Smith came to its rescue with his 21st century. Credit: (Photo by Cameron Spencer/Getty Images)
Advertisement1
3 of 5 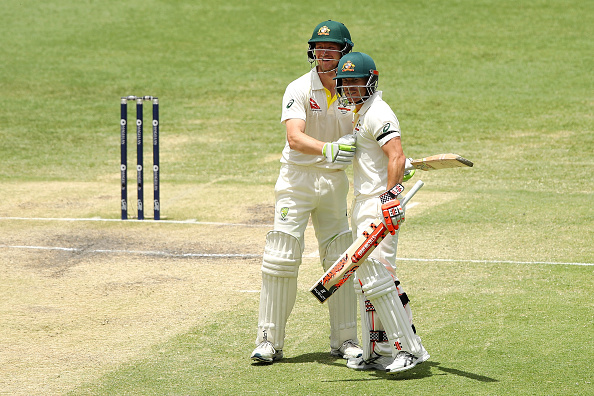 With support from Pat Cummins, who made 42 in an eighth-wicket stand of 66, Smith made sure Australia eked out a slender but important 26-run first-inning lead. England seemed well placed to make a match of it despite losing two early wickets, but the dismissal of captain Joe Root, trapped leg before by Josh Hazlewood for 51 shortly before lunch on day four, led to a remarkable collapse. Credit: (Photo by Cameron Spencer/Getty Images)
4 of 5 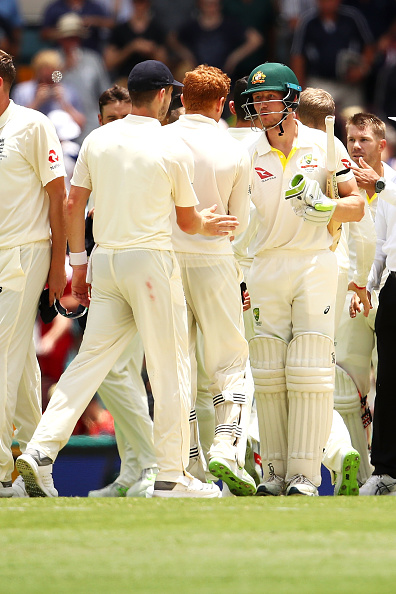 The last six wickets went down for just 82 runs as England was bowled out for 195 in 71.4 overs. While Australia extended its unbeaten run at the Gabba to a 29th year since its defeat at the hands of Viv Richards' West Indies in 1988, England remains winless at the venue since 1986. Credit: (Photo by Mark Kolbe/Getty Images)
5 of 5 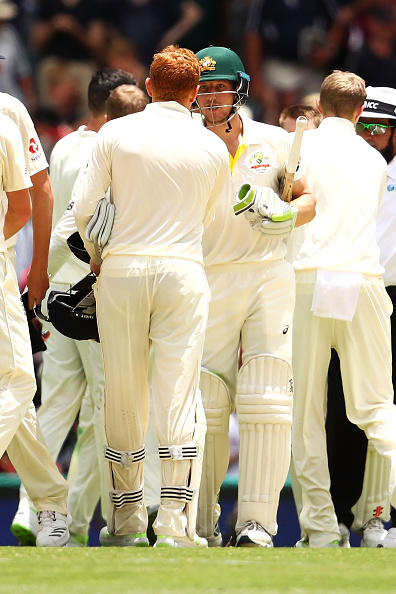