With the win, the Kangaroos also took an unassailable 3-0 lead in the five-match rubber, reports Efe. "Captaining an Ashes-winning side is an amazing feeling... It's a moment that we have been looking forward to for a long time," Australia captain Steve Smith said after the match. Rain washed out the entire first session of play, and England's first innings heroes, Dawid Malan and Jonny Bairstow, walked out after lunch with the score reading 132/4, still needing 127 runs to make the hosts bat again.
2 of 5

Josh Hazlewood removed Bairstow in his first ball of the day with one that kept low and uprooted the stumps, and then later accounted for Malan and Craig Overton, which took his wicket count to five, while Nathan Lyon snared a defensive Moeen Ali leg before wicket for 11 off 66 deliveries. Pat Cummins was relentless with his raw pace, bouncing out the English tail as he got Chris Woakes and Stuart Broad nicking behind to the wicket-keeper, wrapping up the match just before tea.
Advertisement1
3 of 5 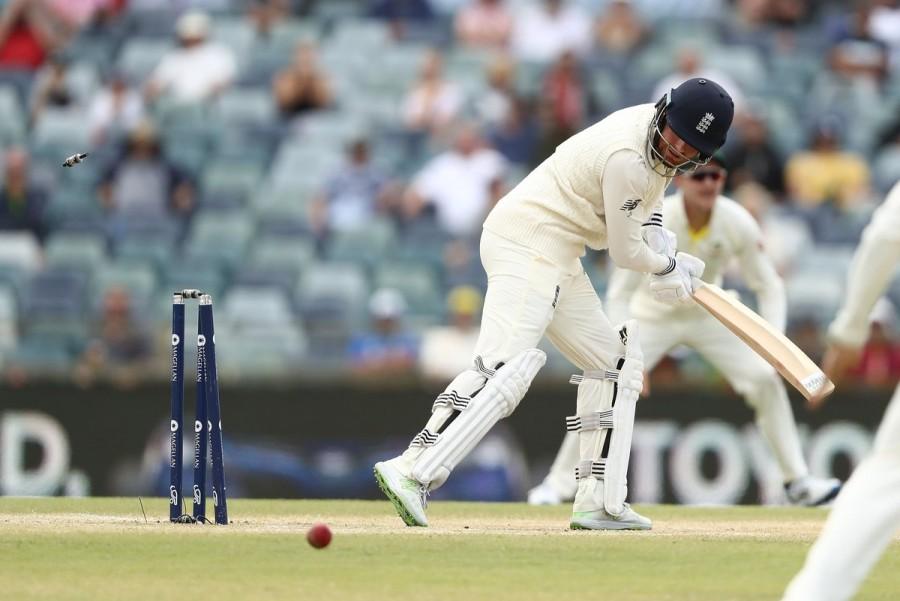 The England team was bowled out for 218 in the second innings, marking the fourth time they lost by an innings after having scored above 400 runs in the first innings.
4 of 5 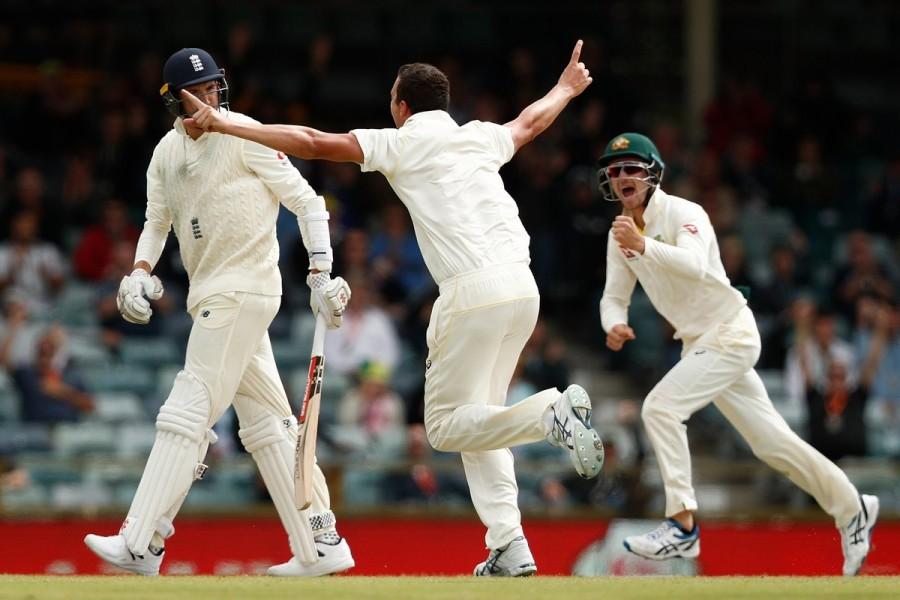 "They've outplayed us in all three games and we've got to be better. The way those guys (Malan and Bairstow) put in huge performances was outstanding. We got to make sure we go to Melbourne and put in good performance there (in the fourth Test)," England captain Joe Root said post-match. Smith, who received the Man of the Match award for his career-best score of 239, said: "I'm so proud of the boys, the way we've been able to wrap things up here in Perth and get that urn back."
5 of 5 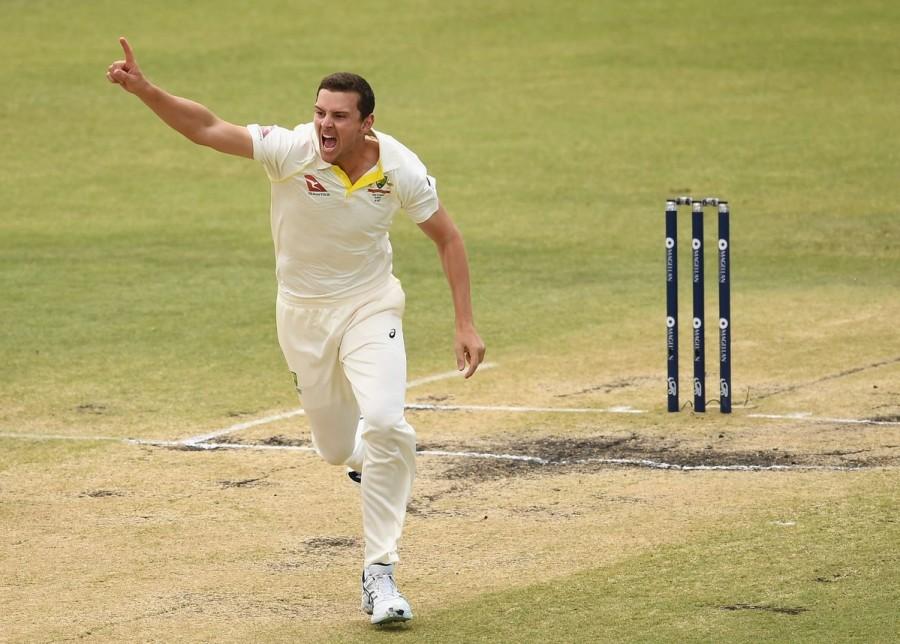