Opener Alastair Cook remained unbeaten on 244 as England scored 491/9, taking a 164-run lead against Australia at stumps on the third day of the fourth Ashes Test match at the Melbourne Cricket Ground (MCG) here on Thursday. Along with Cook, who notched his fifth Test double century, pacer James Anderson (0 batting) was at the crease when umpires dislodged the bails for the day.
2 of 6

Cook became the holder of the highest score for a visiting player at the MCG when he reached 210. The previous highest record was held by West Indies batting great Viv Richards -- who scored 208 runs. The left-handed batsman also became the second English batsman to score five double centuries behind Wally Hammond, who has seven to his name. For Australia, pacers Josh Hazlewood (3/95), Pat Cummins (3/117) and spinner Nathan Lyon (3/109) picked up three wickets each.
Advertisement1
3 of 6 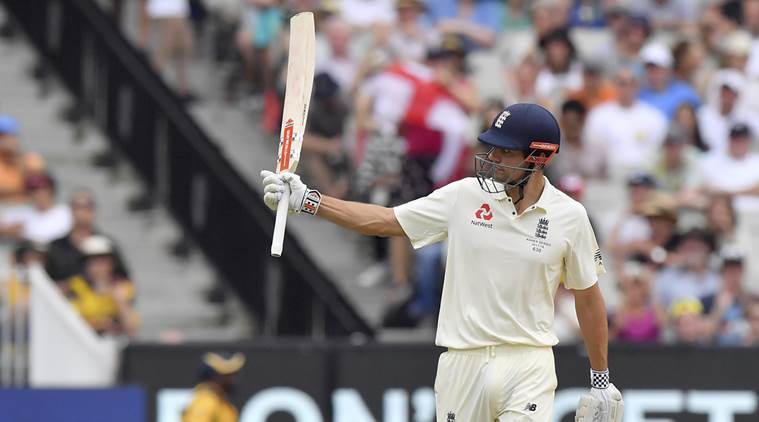 Earlier, England resumed the day from 192 for two. Overnight batsmen Cook and skipper Joe Root (61) stitched together a 138-run partnership before the latter was removed by a Cummins delivery which was dropped short and caught easily at deep square leg by Lyon. Later, incoming batsmen Dawid Malan (14), Jonny Bairstow (22), Moeen Ali (20), Chris Woakes (26) and Tom Curran (4) contributed a few runs but failed to covert it into a big score.
4 of 6 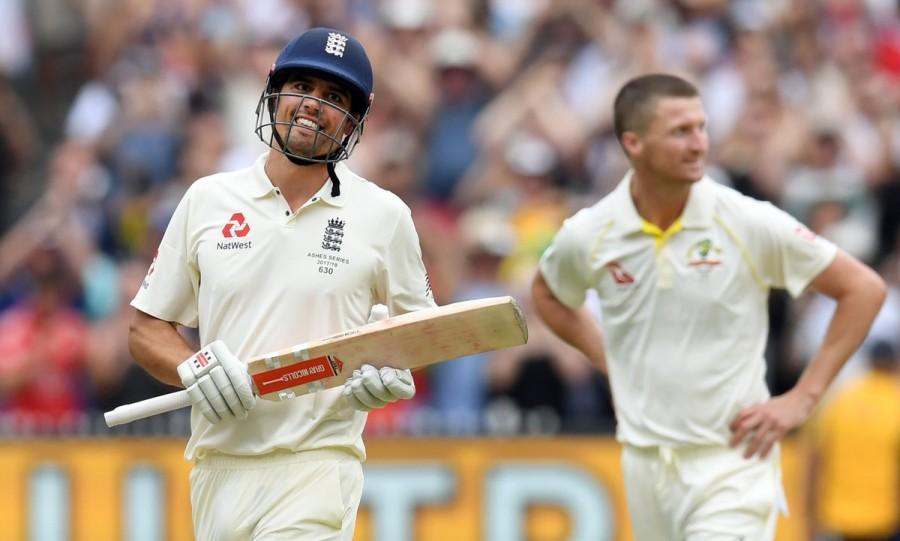 Cook from the other end played a patient knock to keep the Australian bowlers on the back-foot. His 409-ball marathon innings was laced with 27 boundaries. He also went past Smith's 239 to achieve the highest score of this series. Cook had a lucky escape while batting on 153 when home captain Smith missed an opportunity -- the same man who offered the former England skipper a chance on 66 on day two.
5 of 6 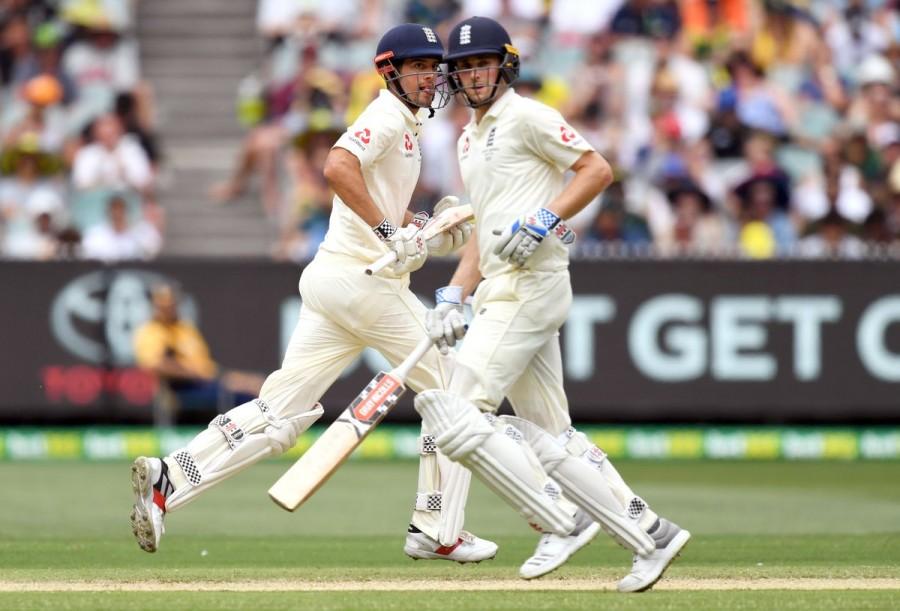 Later, Stuart Broad (56) played a crucial 63-ball knock pairing with Cook which contained eight boundaries and one six, before falling prey to a Cummins delivery which was taken at deep by Usman Khwaja. The 100-run partnership between Broad and Cook also became the highest eighth wicket stand for England at the MCG.
6 of 6 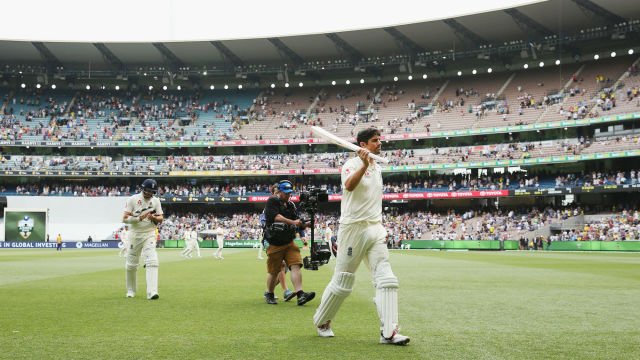