On the second day of the wedding festivities, Aashka Goradia and Brent Goble had a very vibrant and colorful sangeet! Queen Harish, India's Got Talent fame, entertained the audience with spectacular performances as well as taught Brent's family members some Bollywood moves on stage.
2 of 11

A surprise was planned by friends for Aashka and Brent with a few special performances. Abigail Pandey, Sana Khan and Juhi Parmar along with family members performed to Kala Chasma followed by a wonderful act on Kajra Re by Mouni Roy, Abigail Pandey and Sanam Johar.
Advertisement1
3 of 11 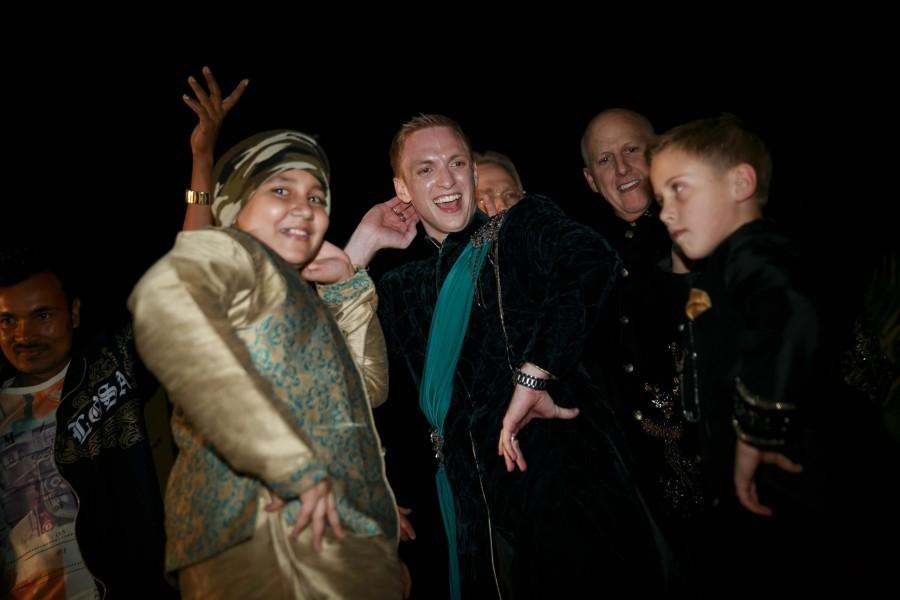 Juhi Parmar's daughter, Samiara looked like a princess dancing to Badri Ki Dulhania and the last performance was a cherry on top by designer duo and friends Riddhi and Siddhi Mapxencars.
4 of 11 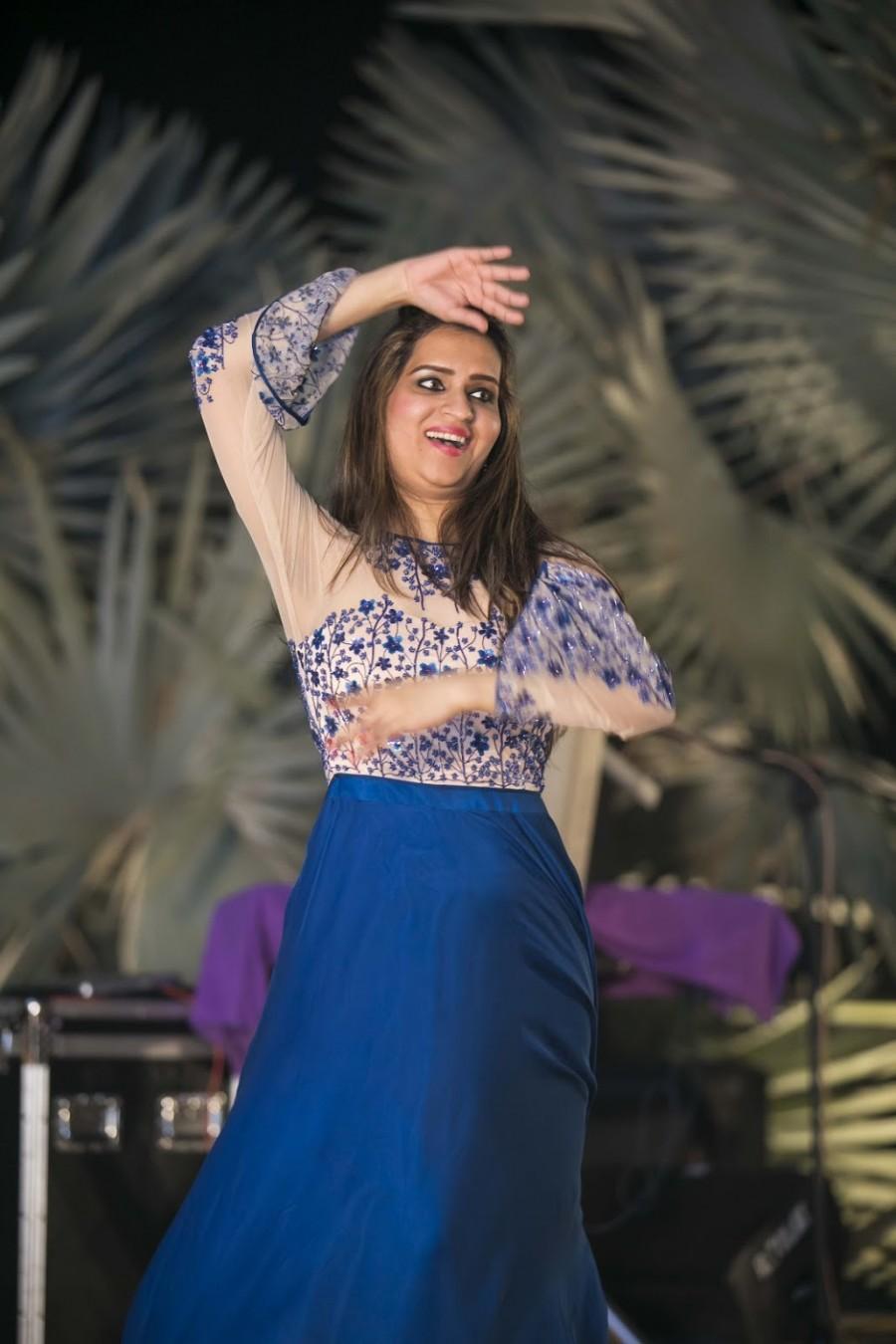 In the later part of the evening, Varsha Singh who has been seen on the show The Voice took over with her band. She had everyone grooving to her tunes as the audience couldn't stop requesting dance songs and dancing away to our special live performers.
5 of 11 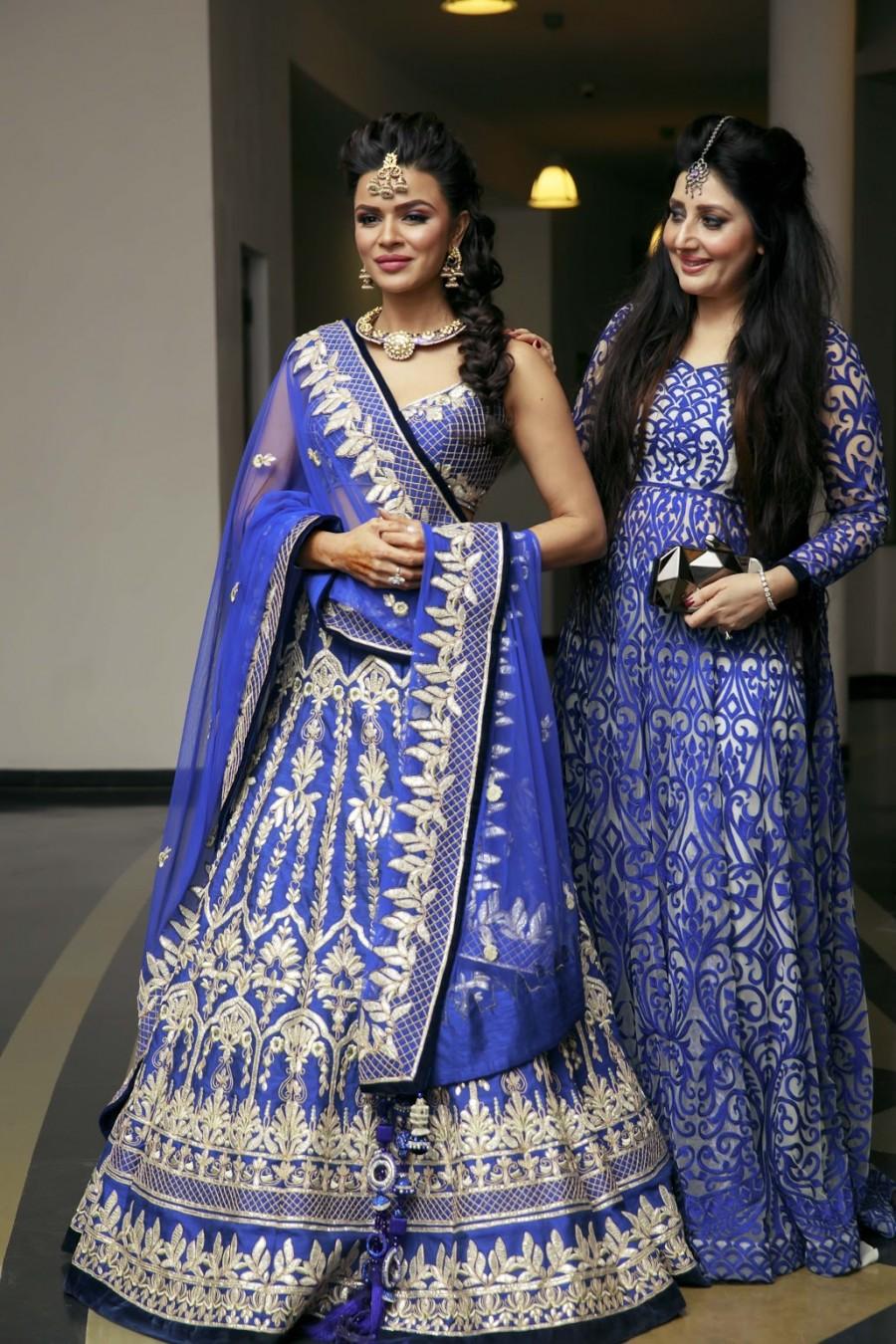 Aashka Goradia looked ethereal in a blue Archana Kochhar lehenga and Brent carried off an Indo western velvet outfit by the same designer with a lot of panache. Aashka had chosen traditional jewelery from ORRA to match the beautiful blue lehenga! The Taj necklace which Aashka wore has been inspired from the intricate inlay work done on white marble on one of the wonders of the world, the Taj Mahal.
6 of 11 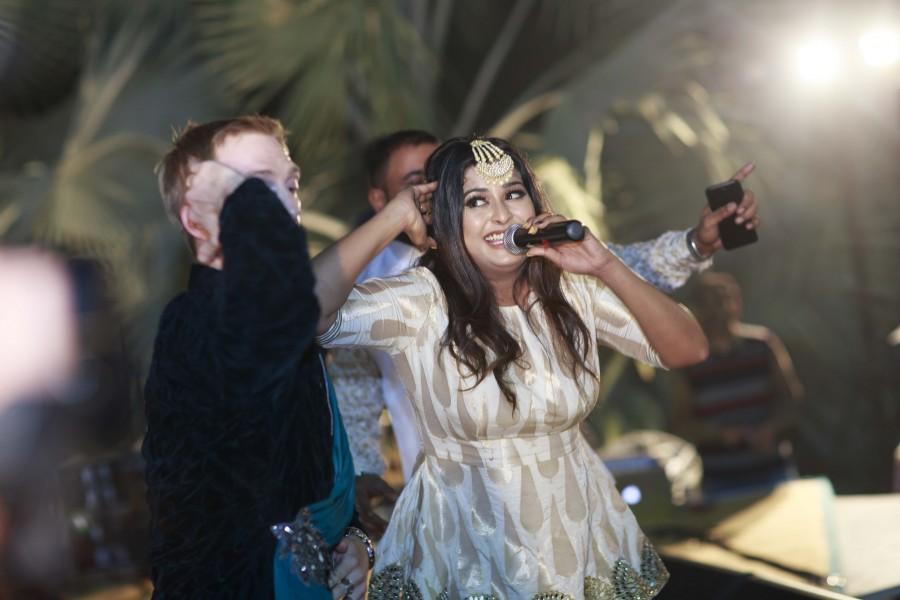 The highlight of the evening was Aashka's inlaws dancing away on Bollywood songs as two families came together to celebrate the union of this beautiful couple!
7 of 11 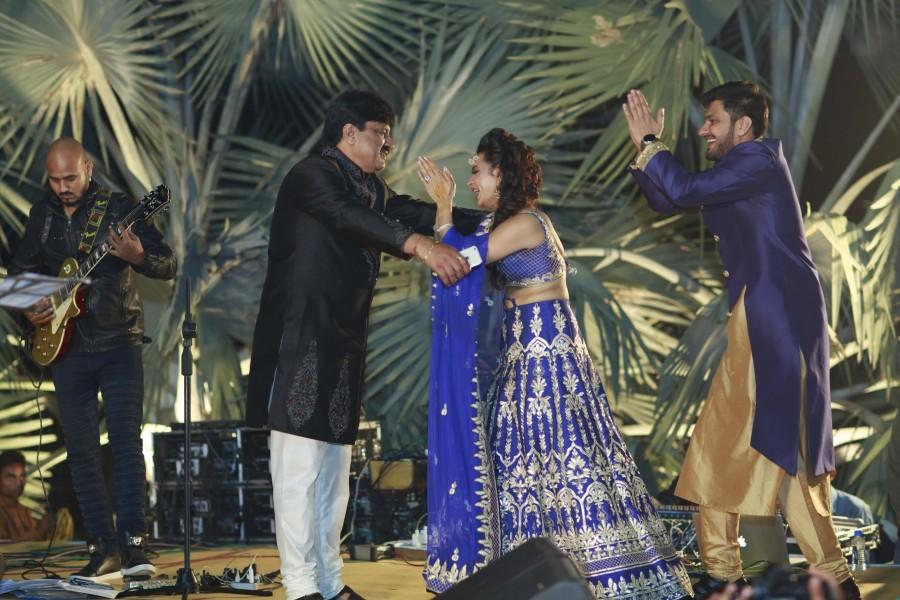 Aashka dancing with her Father and Brother.
8 of 11 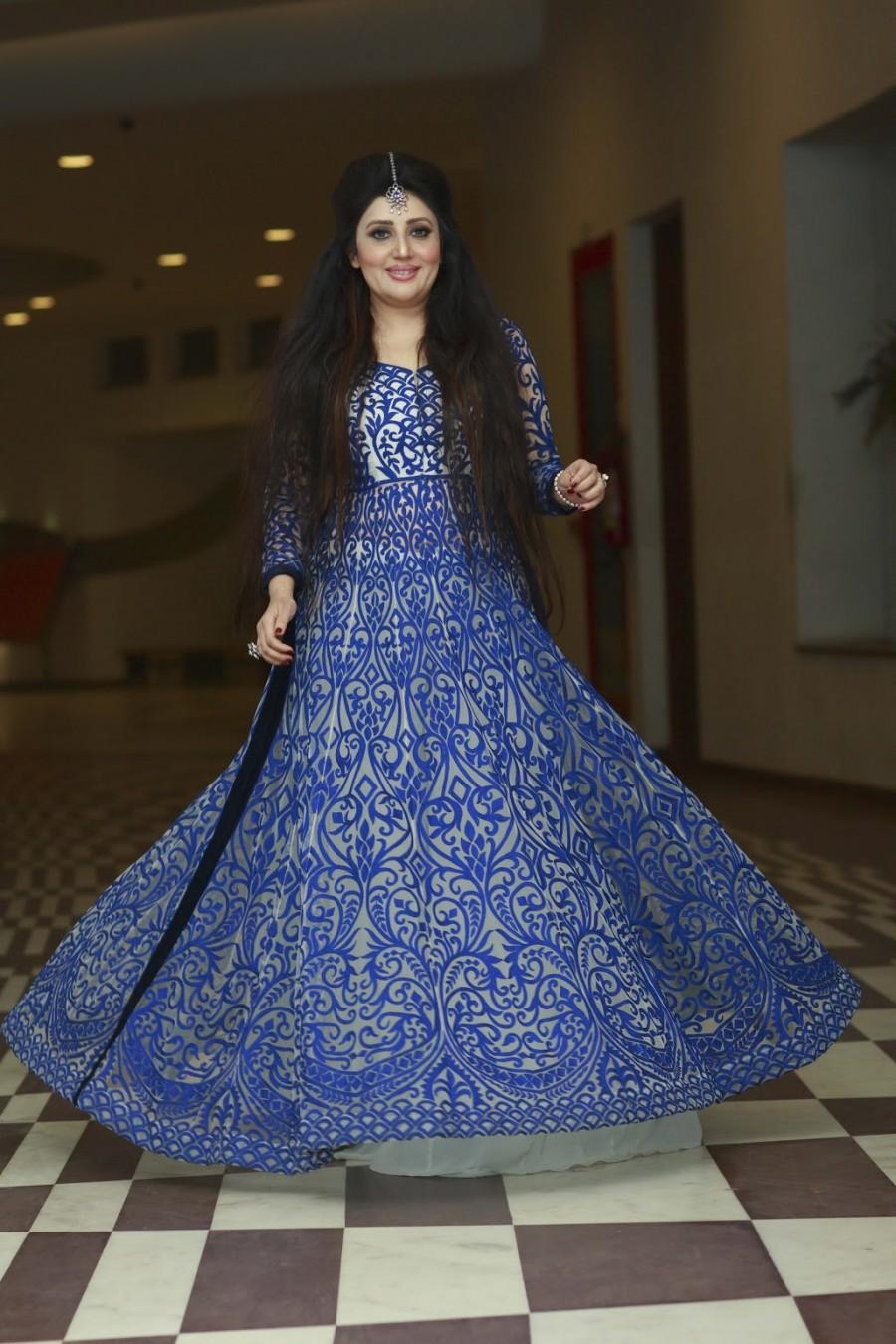 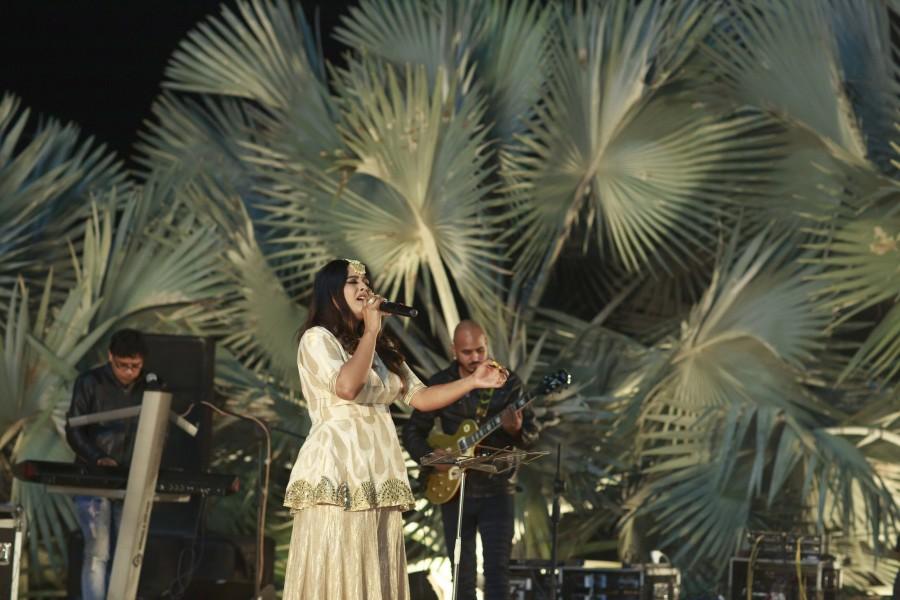 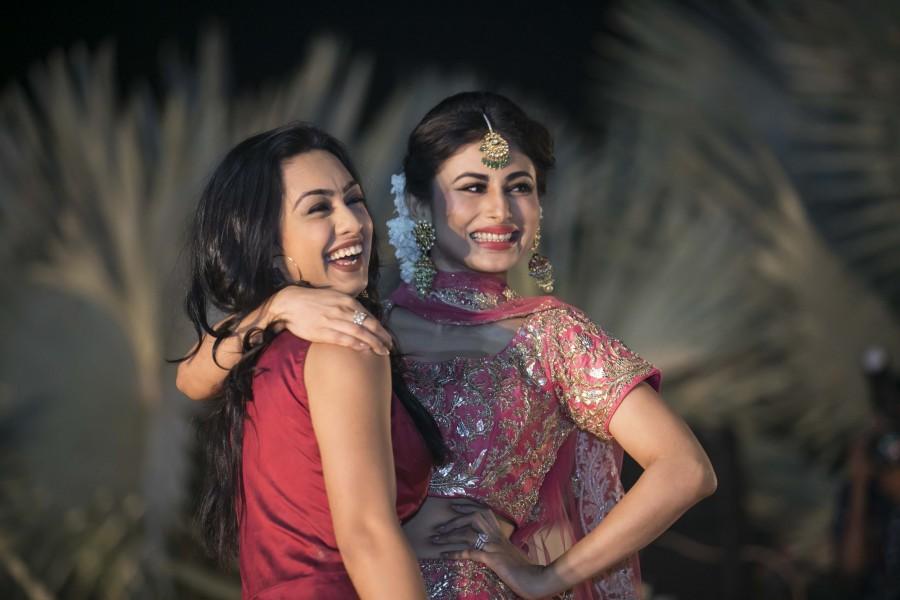 Mouni and Abigail at Aashka Goradia and Brent Goble's sangeet ceremony.
11 of 11 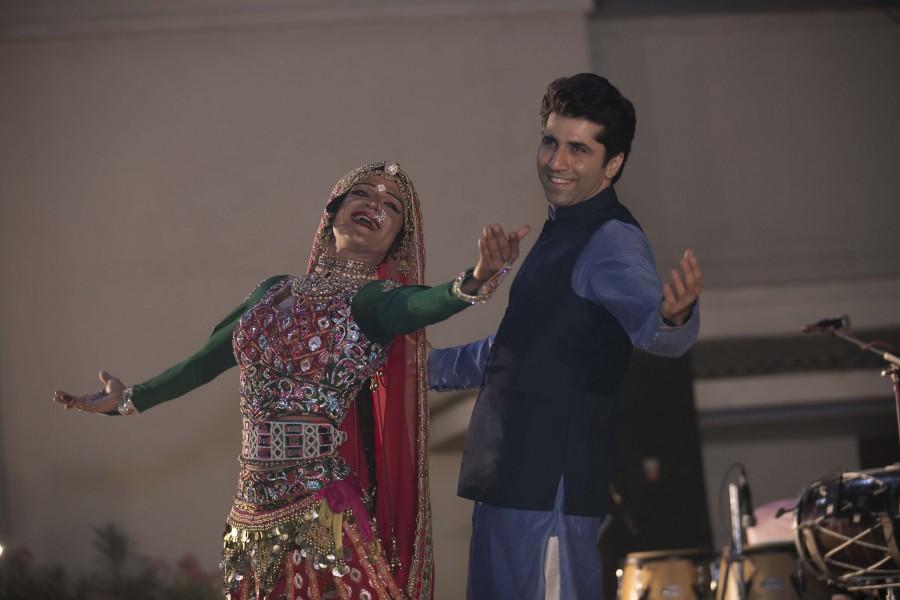