Captain Harry Kane scored a brace as England overcame Tunisia with a 2-1 victory in their FIFA World Cup Group G campaign opener at the Volgograd Arena here on Monday. The Tottenham centre-forward gave England the lead in the 11th minute but Ferjani Sassi converted a penalty to pull Tunisia level in the 35th minute. However, Kane headed home off a corner in the 90+1st minute to give England the winning goal. The North African side had survived an early onslaught and punched above their weight to counter a talented and youthful English team, playing in a 3-4-2-1 formation. Towards the end, Tunisia thought a draw was a fair result and decided to keep it that way until Kane brought out his second strike in the second-half injury time. England kept it late to seal the win but their overwhelming start nearly blew Tunisia away. England were all over Tunisia, beginning the match in an emphatic manner. Credit: Reuters
2 of 5

Barely three minutes into the game, Jordan Hernderson sent a cross-field ball towards the right side of the Tunisian box for Dele Alli to bring it down before. But his square pass across the goal to Raheem Sterling was half cleared. The rebound fell to Jesse Lingard, whose drive from the 12 yards out was blocked by a outstretched left leg of keeper Mouez Hassen. Four minutes later, Sterling overcame three defenders from the left byline before rolling the ball across the face of the goal to the right post where Lingard was waiting. But when the pass arrived, it somehow wrong-footed the teenager and bounced off his shins for a goal kick. However, the energetic English team was not to be denied the lead for very long as a diving Hassen's block off a header from John Stones following a corner fell at the feet of Kane, who easily tapped it home in the 11th minute. Credit: Reuters
Advertisement1
3 of 5 Hassen, who had injured his right shoulder before the goal, had to be substituted with Farouk Ben Mustapha. After an overwhelming 20 minutes of attacking football, England took the pace of the game and began to pass the ball around. It allowed Tunisia to reorganise, gather their nerves and keep the ball. They waited for England to make mistakes and one of those from Kyle Walker proved costly. Battling for a cross, Walker put his arm in the face of Tunisia attacker Fakhreddine Ben Youssef as the latter plunged to the ground. Sassi calmly slotted a penalty into the bottom-left corner, past a diving Jordan Pickford in the 35th minute. Just before the halftime break, England could have regained the lead but Lingard, again was denied, this time by the post. A through-ball put Lindgard in a race with the on-rushing Mustapha. Lingard tapped the ball around the keeper, but the ball rolled off the left post. Credit: Reuters
4 of 5 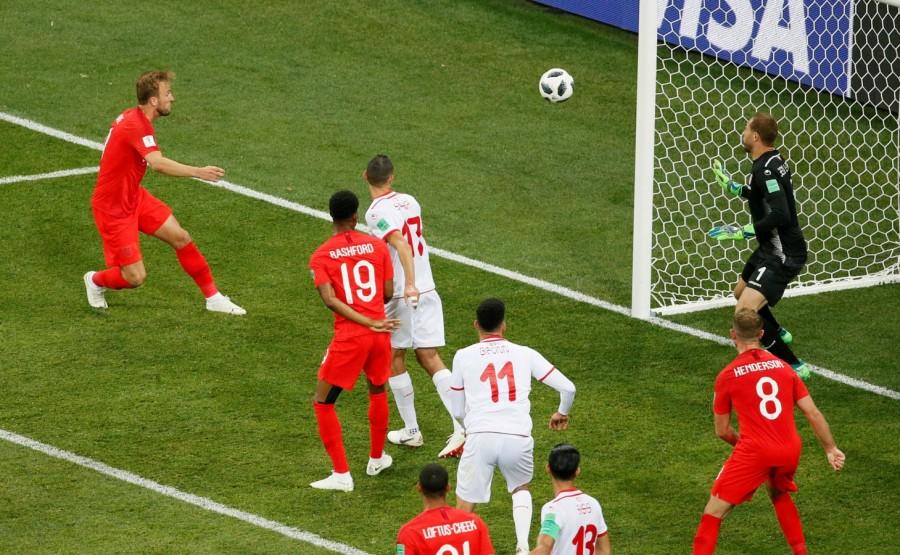 The second-half was devoid of any dynamic move from either side. Compared to the pulsating first 45 minutes, the second half saw the teams trade possession back and forth in the midfield. England coach Southgate rushed in Marcus Rashford, replacing Sterling as they stepped up their attacking mode. Credit: Reuters
5 of 5 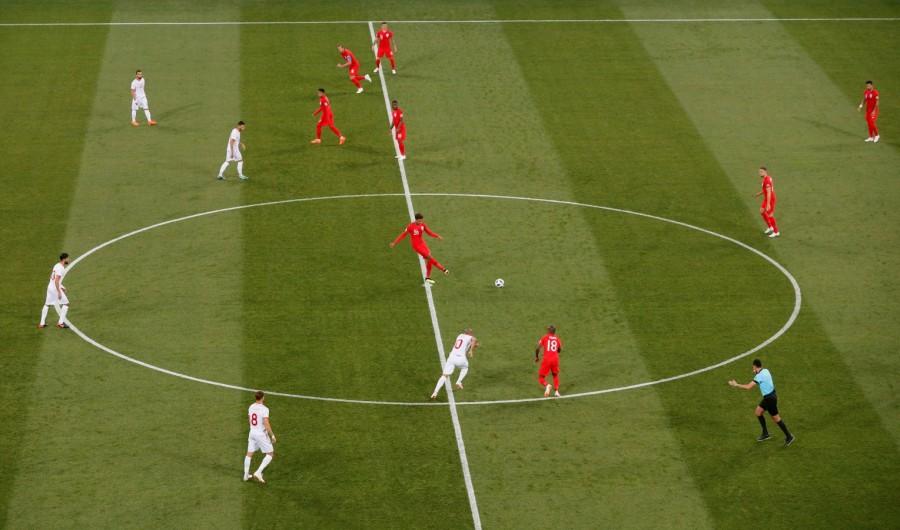 England, lacking creativity, kept testing Tunisia with set-pieces until they surrendered at the death. A corner from the right saw Harry Maguire flick towards the left, only for Kane to head it home at the near post, rejoicing the English camp and their fans. Credit: Reuters
Advertisement
Related Articles