Belgium rode a second-half brace from Romelu Lukaku to blank Panama 3-0 in their Group G opener of the FIFA World Cup 2018 at the Fisht Stadium here on Monday. After a barren first period, striker Lukaku scored in the 69th and 75th minute to ensure the victory after wide midfielder Dries Mertens drew first blood in the 47th minute. The result means Belgium now have three points from one game while Panama are still to open their account. Belgium take on Tunisia next on June 23 while Panama face England the next day. After a barren first period where minnows Panama looked to be punching above weight, it took Mertens two minutes into the second period to break the deadlock as the fleet-footed Napoli winger volleyed a crisp right footer from the edge of the box into the left corner. Soon after the goal, Panama's Michael Murillo then drew a smart low save from Belgium goalkeeper Thibaut Courtois as Roman Torres headed wide of target moments later. Credit: (Photo by Marius Becker/picture alliance via Getty Images)
2 of 5

Edgar Barcenas also came close to equalising before Lukaku doubled the tally for Belgium with a powerful header from close after being teed up beautifully by Manchester City's Kevin De Bruyne. Six minutes later, the burly Lukaku got on the scoresheet once more, making the most of a quick counter attack that saw Eden Hazard set up the Manchester United marksman who bulged the centre of the net with a left footer. It was all Belgium from there on as they controlled ball possession and the game although Panama did not relent and kept looking for options to break. Credit: (Photo by Marius Becker/picture alliance via Getty Images)
Advertisement1
3 of 5 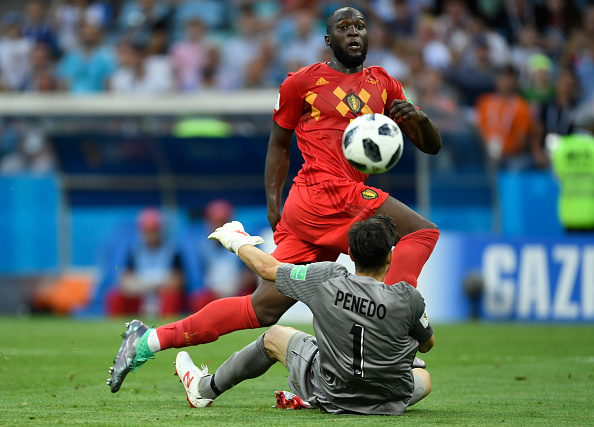 The impressive Fidel Escobar tried to pull one back for Panama towards the dying minutes of the half as their coach Gomez Hernan brought in Gabriel Torres and Ismael Diaz to increase their attacking options. In the end, they failed to score as Belgium logged full points. Earlier, the first half was all about Panama's tenacity as their little known defenders denied the star-studded Belgium team space. Credit: (Photo by Marius Becker/picture alliance via Getty Images)
4 of 5 Hazard missed a few more chances and so did Mertens. Lukaku had fewer touches of the ball than the two goalkeepers to sum up Belgium's misery inside the box. Panama failed to register a single attempt on target. Credit: (Photo by Matthew Ashton - AMA/Getty Images)
Advertisement
Related Articles
Advertisement
Latest Gallery