Paytm app removed from Play Store after repeated violation of Google policies. But the developers are working to bring back the app to Google's app marketplace.

Paytm is back on Play Store. The mobile wallet confirmed its return on Twitter and also took the opportunity to humour its followers about the whole incident. Well played, Paytm.

In a surprising discovery on Friday, many users pointed out that the popular payments app in India, Paytm, is no longer available on Google Play Store. A quick search for Paytm on Google Play Store returns results for Paytm for Business, Paytm Mall, Paytm Money and other Paytm apps, except the main one.

Paytm has not commented on what triggered the delisting of the app from Play Store, but Paytm is still available on Apple App Store for iOS devices. As a result of this, users are wondering and speculating the possible scenarios that could have led to Google removing the payments app from its app marketplace.

But Google had reportedly informed Paytm developers about the same before finally removing it for violating its norms.

"We don't allow online casinos/support any unregulated gambling apps that facilitate sports betting. It includes if app leads consumers to an external website that allows them to participate in paid tournaments to win real money/cash prizes," Google said in a statement, according to CNBC.

Google is also working with the developers at Paytm to bring back the app to Play Store.

A lot of users have raised concerns over the sudden removal of Paytm app from Play Store. But the biggest concern for users is what happens to their funds in the digital wallet if at all the app is blocked for any reason. Many suspected that the Indian government has banned Paytm in India as a part of its crackdown on Chinese apps and apps with Chinese affiliates. But that doesn't explain the app's listing on the App Store. 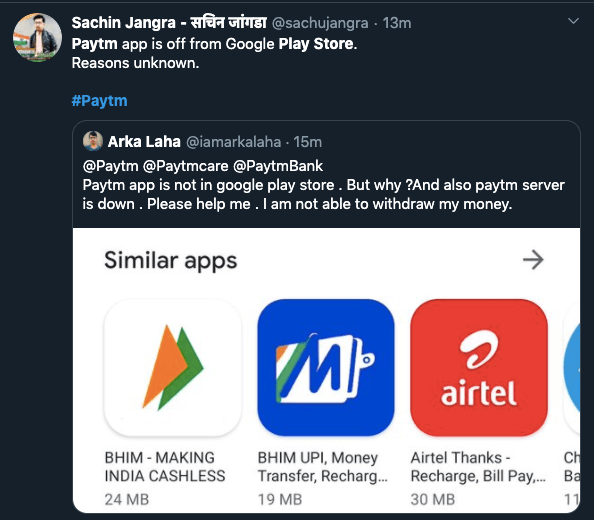 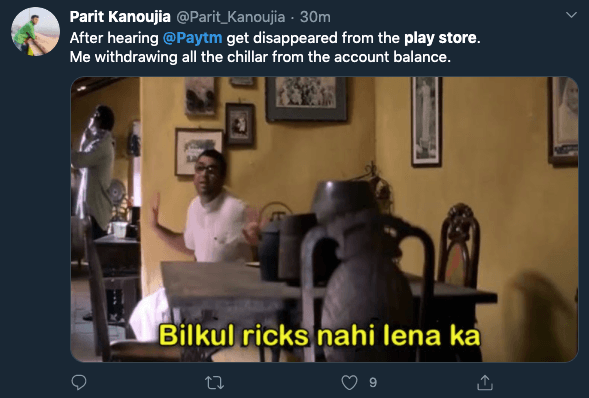