[EXCLUSIVE] No, this is not OnePlus 7T Pro: Here's the truth behind viral photos

The viral photos of OnePlus 7T Pro making the rounds of the internet are actually of the existing OnePlus 7 Pro. Here's proof.

It's only been a little over two months since we were treated with the critically-acclaimed OnePlus 7 Pro in its full glory by the fastest growing premium smartphone brand in India. As per the company's tradition, there will be a OnePlus 7 Pro successor in the later part of the year - once all the craze around Samsung Galaxy Note 10, iPhone 11, Google Pixel 4 and Huawei Mate 30 Pro settles down.

OnePlus 7T Pro, as the upcoming bi-annual upgrade is expected to be called, will make its debut somewhere around November this year. Catering to the growing anticipation of some fans, SlashLeaks has procured some photos of the unannounced device, which show the same display design as the OnePlus 7 Pro.

The leaked photos show the alleged OnePlus 7T Pro in a casing, which covers the back and sides of the phone. However, the curved display without a notch or punch-hole display is evident. Considering it is a photo of the "T" version of the OnePlus 7 Pro, it seems logical that OnePlus would keep the outlook mostly unchanged. Check out the viral OnePlus 7T Pro's leaked photos picked up from Weibo via SlashLeaks below:

As believable as it appears, there's just one problem. The leaked photos say it shows the front design of OnePlus 7T Pro, which bears an uncanny resemblance to the OnePlus 7 Pro. As soon as we looked at the image, we knew that most publications had misinterpreted the device in the photos as OnePlus 7T Pro.

IBTimes India had recently visited the OnePlus camera lab in Taiwan, where we got exclusive look at how the company puts the camera through vigorous tests. We quickly recognised the leaked images with the special protective casing, which we'd seen at OnePlus camera lab.

Engineers at the OnePlus camera lab had been testing the OnePlus 7 Pro's camera by putting the phone inside a similar case. Check out the photos below as proof to our claim. Another major giveaway was the wallpaper on the phone, which is same as the OnePlus 7 Pro. In addition to that, OnePlus exclusively confirmed to IBTimes India that the viral photos are indeed of OnePlus 7 Pro and not the OnePlus 7T Pro. The handset shown in another image is running Android Beta Program, which as most users know that OnePlus is one of the few brands selected for Android Q beta testing, so this is not a surprise.

OnePlus 7T Pro might get the same display as the OnePlus 7 Pro, especially after the handset was widely praised for its incredible full-view screen. We wouldn't mind if OnePlus went with the same display in the OnePlus 7 Pro successor, instead focused on upgrading the camera. The information backing the leaked photos of OnePlus 7T Pro may hold more truth than the photos themselves.

OnePlus 7T Pro's official launch is still months away. We are sure to learn more about the device in the days to come, but readers are advised to overlook this information if you're really looking for genuine facts. 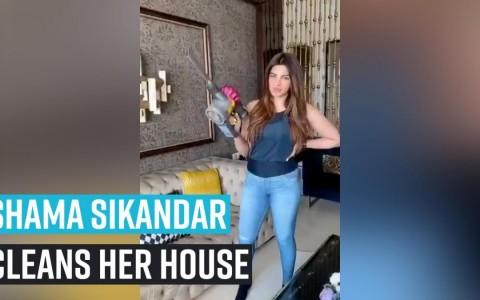