Netflix has taken down the controvertial poster that led to a massive backlash.

Netflix has issued an apology for using inappropriate artwork promoting its upcoming film Cuties. The poster received a lot of backlash on social media as netizens drew comparison to the French and US versions of the artwork.

Netflix was promoting the film, due to be released on the streaming platform on September 9. But the poster used to promote the film was criticised for sexualising children. Netflix has since taken down the offensive artwork and issued an apology.

"We're deeply sorry for the inappropriate artwork that we used for Mignonnes/Cuties. It was not OK, nor was it representative of this French film which premiered at Sundance. We've now updated the pictures and description," Netflix said in a statement.

A lot of users have expressed anger and disgust over the insensitivity shown by Netflix. It is not clear if the poster was an in-house creation or provided by an agency, but it moved to take an action immediately after facing a backlash. 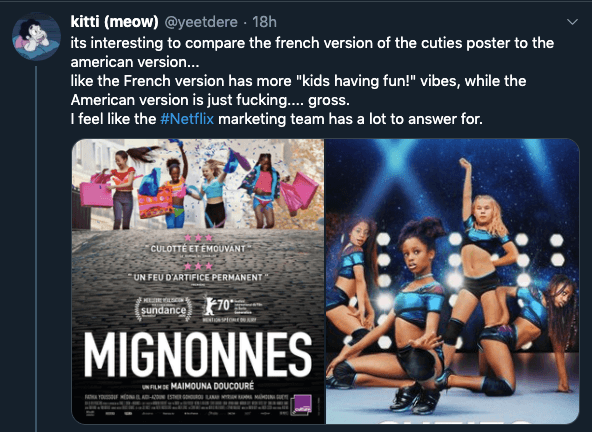 "Netflix has a movie called 'Cuties' about 11-year-olds in a twerking dance group. Some of the reviews claim it's a 'commentary' on the sexualization of children but this is the poster," another user, Matt Walsh, wrote. "And keep in mind that the lead actress is actually 11 years old. In the film and real life." 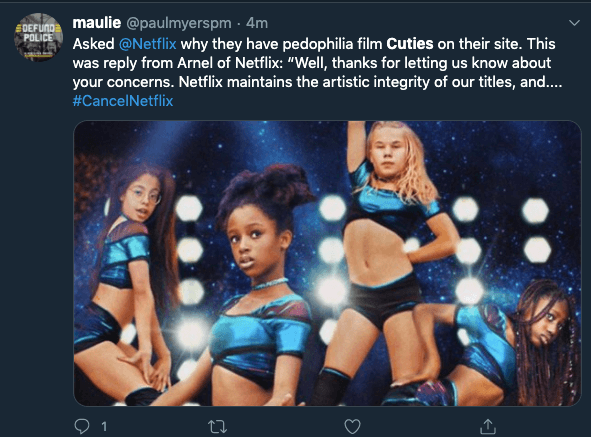 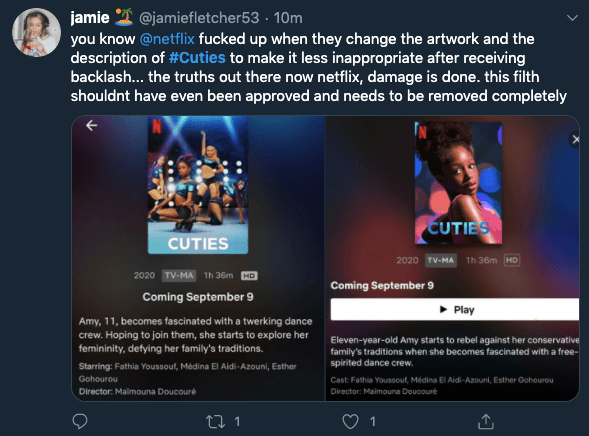 Taking note of the issue, even 4chan banned all images from the upcoming film Cuties.

'Cuties' was directed by filmmaker Maïmouna Doucouré. It was premiered at the 2020 Sundance Film Festival. It is the story of an 11-year-old girl Amy who "tries to escape family dysfunction by joining a free-spirited dance clique named 'Cuties,' as they build their self-confidence through dance," Netlfix's synopsis said.