Sridevi made the hearts of an entire generation beat. The actress was loved by all for her stellar performances and grace. It's only fitting then that she had numerous admirers and fans all over the country and the world.

Aamir Khan in an interview in 2018, revealed that he too had loved the actress. To the extent that he was nervous to be around her, afraid that she might realise how much he admired her. 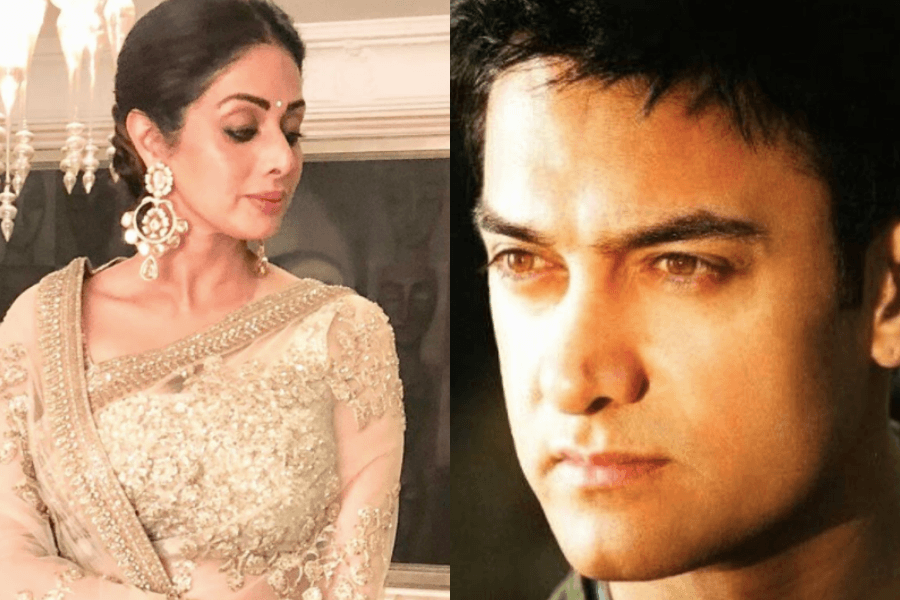 Aamir Khan opened up about his love for Sridevi

Sridevi was Bollywood's most celebrated actresses and with good reason. The actress had captured the hearts and the imagination of millions through her career and soul-stirring performances.

Aamir Khan was one of Sridevi's ardent fans, to the extent that he was extremely nervous to be around her. In an interview with Hindustan Times in 2018, the actor revealed that he had told Boney Kapoor about how much he loved Sridevi, so much so that she was the number one actress for him.

He had once got a chance to shoot a magazine cover with the actress but was nervous to work with her, "I can't tell you how nervous I was. In my heart, I was so afraid that when I would come in front of her, she would understand in two seconds that this boy is in love with her. I was smitten, totally."

2018 also happened to be the year the world lost the brilliant actress. Aamir Khan had expressed his grief on social media and recalled the actress' grace and dignity. Komal Nahata further added that the actor was torn by the news of her demise, especially since her death made him recall one of the tragic experiences in his close friend's life.

Karnataka dissolves all key appointments made in Yediyurappa's tenure [details inside]