Juhi Chawla's is resplendent beauty, her infectious smile and charming personality still wow's us. The former Miss India (1984) and  Bollywood actress has been a part of films like Qayamat Se Qayamat Tak, Hum Hain Rahi Pyar Ke, Darr, Daraar, Ishq and Yes Boss and many more.

She continued to reign as the nation's sweetheart for a long time until she got married and took a long break only to return a few years ago. As the actress turns 53 today, let's take a look at some of the fascinating facts about timeless beauty Juhi Chawla we bet you don't know. 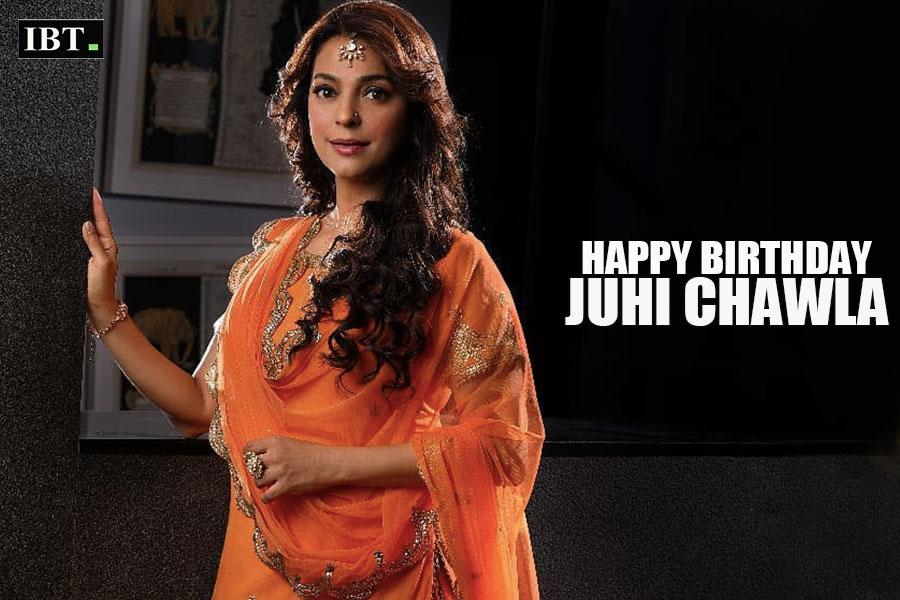 Born in Ambala, Haryana Juhi completed her schooling at Fort convent school in Mumbai and graduated from Sydenham College, Mumbai. Her Father's name is Desraj Chawla, who worked as an Intelligence Revenue officer.

When she entered the industry

Juhi Chawla represented India at the Miss Universe Pageant held in Miami, the USA in 1984. Though she failed to place in the Top-10 Semi-Finalists list, she did make India proud by winning the Best National Costume Award.

Along with Sridevi and Madhuri Dixit, Juhi was among the top three Indian film actresses during the late 80s and early 90s.

Imran Khan refers to Juhi as "Auntyji." He first met the actress when he was six years old on the sets of Qayamat Se Qayamat Tak. His famous song 'Aunty Ji' from his movie Ek Main Aur Ekk Tu is dedicated to Juhi.

Juhi is Sridevi's biggest fan. She confessed that Sridevi is her ultimate style icon, and loves watching Lamhe and Chalbaaz.

Salman once asked Juhi's father for marriage. However, her father disapproved. Salman, in an interview, confessed the same saying,  "She is an adorable girl. I toh asked her father if he will let her get married to me. He said no." When the interviewer asked him why his marriage proposal was rejected, he shrugged and said, "Don't fit the bill, I guess."

She has given many hits with Aamir Khan and Shah Rukh Khan but never shared the screen space with Salman Khan.

Juhi accepted that she was never friends with Salman Khan even when Salman did a cameo with her in Deewana Mastana. In Koffee with Karan, Juhi said, "There were events where we met, and I would look at Salman, and he would look at me as if he did not know who I was.

To everyone's surprise, in 1998, Juhi had a quiet registered marriage with Jay Mehta, a millionaire industrialist in India. They have two kids named, Jhanvi and Arjun Mehta.

She has an IPL team with Shah Rukh Khan known as KKR, and also have a production house named 'Red Chillies production'.

Co-Win 2.0: Covid vaccination drive begins; here's how you can register

Which Vaccine did PM Modi take explained; It was Indian [details]

Arsh Kapoor: From being a young blogger to founding his own company