There is an element of simplistic joy that drives "Four More Shots Please", and it's a quality that endears you to the show. Beneath the grit driving its admirably unapologetic protagonists, it has a fairytale spirit propping the narrative. Same-sex love or business woes, broken marriages or cheating partners -- within the realism that this series sets up, the drama invariably flows with abundant feel-good zest. 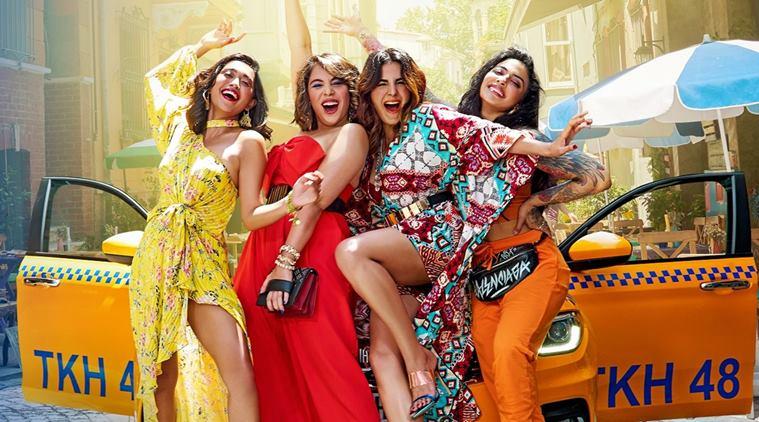 Perhaps it is meant to be that way. The four heroines of the show have, after all, learnt to comfortably coexist with their flaws and life's worries. The new season takes the individual stories of these four women forward with more introspective edge and the same irreverent wit that we loved the first time around.

Season two takes off a few months after the first season ended, and starts with a rather unnecessary check on where each lead character currently stands, before taking off with their individual stories.

Damini (Sayani Gupta), Anjana (Kirti Kulhari), Siddhi (Maanvi Gagroo) and Umang (Bani J) are still dealing with familiar crises. Damini, reeling under the loss of her website, has turned her attention to writing a book that has the potential of stirring up a storm. Umang, after outing herself to the world, wants to give her relationship with Samara (Lisa Ray) a proper shot. Anjana wants to patch up with her ex-husband, while Siddhi is trying to make it as a stand-up comedian. While Nupur Asthnana takes over from Anu Menon to direct season two, the overall uniformity in the unique mix of drama and humour probably owes itself to the fact that Devika Bhagat returns as writer for all 10 episodes of the new season. Bhagat keeps up the intrigue factor about each of the leading ladies by reiterating their quirky flaws from season one.

This is a show brought to life by an all-women crew. Beyond Asthana and Bhagat, the narrative is sufficiently enriched by Ishita Moitra's dialogues. The writing of characters as well as the lines they get to speak, blend well with Asthana's tack as a filmmaker.

It is something that lets the cast relish the job at hand. Sayani Gupta, Kirti Kulhari, Maanvi Gagroo and Bani J are actually more impressive in their respective roles this season. They seem to have settled down comfortably in their screen avatars.

The male cast, really the supporting acts here, are however impressive in well-penned roles. Milind Soman, Pratiek Babbar and Neil Bhoopalam are back in familiar roles, while Sameer Kochhar and Prabal Punjabi join the cast, too. The men are particularly useful in triggering off the conflict points in the lives of the show's four female leads, with their many hues between black and white.

Sure, season two has its flaws. The start of the season, for instance, need not have wasted time with recap, and straightaway taken us into the current lives of the four heroines. After a while, many of the stock plot points keep coming back, rendering some of the middle episodes without pace at times.

Still, you come out of the experience happier -- if only because Damini, Anjana, Siddhi and Umang have adamantly decided they won't let negativity enter their world, no matter what. Despite the feel-good simplicity, their world continues to be nuanced.