The Disney+Hotstar Premium plan in India costs Rs 1,499 per year, which naturally attracted a lot of online shoppers' attention when Flipkart listed the same plan for Rs 99.

Flipkart has issued a statement, confirming the listing was a result of an error and everyone who paid for it will be refunded.

"The Disney Hotstar subscription offer was due to an unexpected error. We apologize for the inconvenience. All orders cancelled will be refunded," Flipkart said in an email statement to IBTimes.

Flipkart shoppers have seen some great deals and offers over the years and have also fallen victim to some scams where they would get a soap bar instead of an iPhone and things like that. The e-commerce platform has taken several measures, such as Flipkart Assured badge, to put an end to the nuisance of fake products being sold on the site. But if the latest incident is any indication, Flipkart hasn't gone too far off with its efforts.

A lot of users have expressed their frustration and anger on Flipkart over one particular listing, which was too good to be true, but too tempting to be passed on. Flipkart had listed Disney+Hotstar Premium Plan for Rs 99. The annual subscription for Disney+Hotstar Premium plan costs Rs 1,499. So the cost shown by Flipkart was only a fraction of the actual price that users must pay to get access to the video-streaming service.

Even those who thought the deal was too good to be true, the seller was RetailNet with 4.2 rating on product quality and a full 5 score on service quality. The seller has been on Flipkart for 4 years and 7 months, as per one of the screenshots, eliminating any suspicion. One deal aggregator DealzTrendz had also shared the listing, giving it a much-needed boost as many followers followed it through.

A lot of users shared screenshots of their order, but never received the order to redeem the digital subscription to Disney+Hotstar. As suspicions rose, people started asking Twitter and more people joined - all of which pointed the listing to be fake. 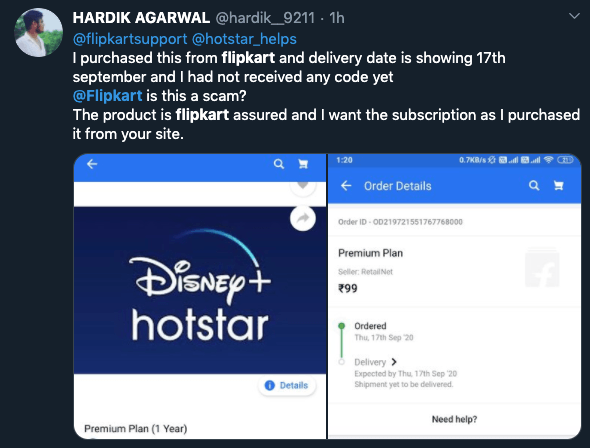 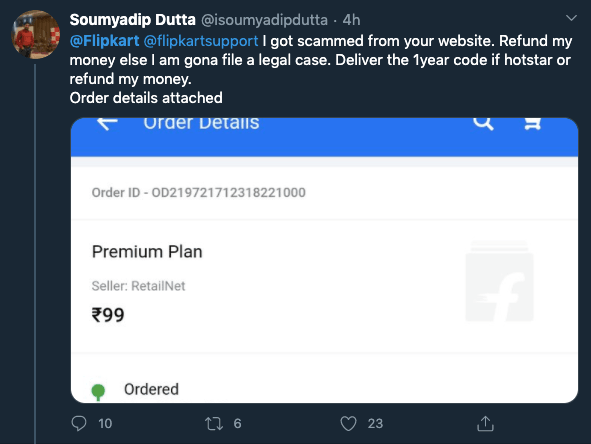 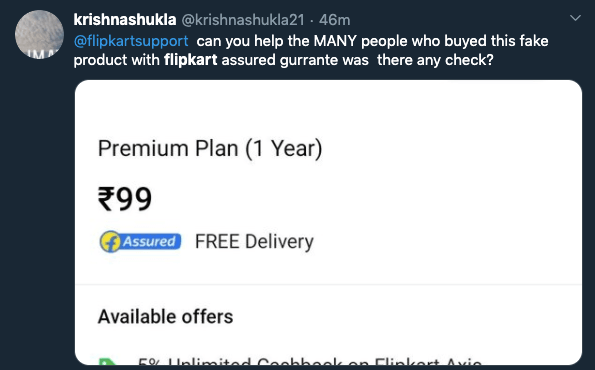 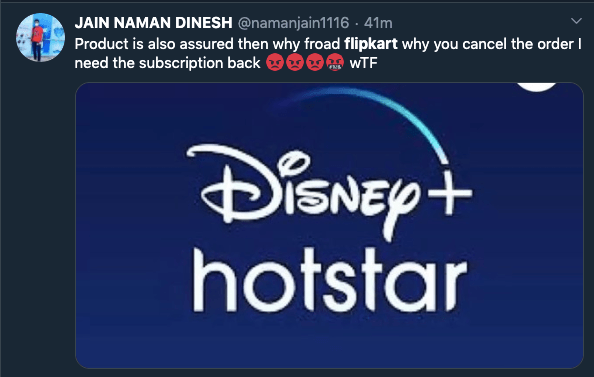 Disney+Hotstar was quick to dismiss the listing as fake and even urged shoppers to not fall for the "illegal listing."

"This is not an official listing and we would request you not to initiate any transactions with illegal listings. We have already flagged this for removal," Disney+HS support page tweeted in response to one of the users.

The listing is no longer available on Flipkart and the link returns an error. Many users were also unable to complete the order at one point, which appears to be after Flipkart realized its mistake.

Flipkart did not reply to our request for comment at this hour, but we'll update the story once we hear back. We are also yet to get a confirmation on whether those who paid Rs 99 for the fake subscription will be refunded.

Based on our assessment, it is accurate to suggest the Disney+Hotstar listing for Rs 99 was fake.

False
Suggested Articles
Why advertise with us?
most popular