Fans of Indian hockey were highly nervous after the first half of the second game between India and USA in FIH Olympic qualifiers saw the visitors smashing four unanswered goals and levelling the aggregate score. However, a solitary goal, scored by Rani, got India back into the game and secured a spot in next year's Olympic Games in Tokyo.

A day after this nerve-jangling and fortitude-testing Olympic qualifiers match, the coach of the Indian team Sjoerd Marijne talked to International Business Times, India and revealed how he perceives India's performance and what did he do to get his team out of the rut they found themselves in during the second game.

Here is the interview:

The aim of qualifying for the Olympics has been achieved but are you satisfied with the way your team played in these two matches?

Sjoerd: In the end, the goal was to qualify and that's what we achieved. I think that's the most important thing. Yet, in both the matches, we played well only in one half. That, eventually, proved enough but, of course, you want to play well in the whole match. I also thought we were not consistent enough. That is something we have to improve. In the first half of the second game, the Indian side played poorly. Was that because of Americans performing much better or your team playing badly?

Sjoerd: I think we were very reactive and not proactive in the first half. That was a big issue for us. I haven't yet heard from the girls about the match. I don't know what happened there but we have to see what's happening with us and why did it happen.

During the half-time break of the second game, what did you tell the team? Did you give them a stern talking to or try and re-instil confidence into them?

Sjoerd: I told them, "Listen, it's 0-0 now and the match starts all-over again for you. What happened in the first half, you cannot change. But you can change what lies ahead of you. So, I believe in you, you can do it. You have to put more energy into the match." That's what they did.

In the first game, your team started very aggressively before settling down to a more stable game. Do you believe in playing a more open game or a more structured one?

Sjoerd: I don't think there is an open game nowadays. I like attacking hockey. I don't like to defend around the circle. So, you like to play a high press but that's not how we started yesterday and the day before. We had a plan according to which we played.

There was also a lack of marking of American strikers in the circle, at times. Was that the result of pressure or something you have seen before with this team?

Sjoerd: The difficult thing is to identify what is the result of pressure and what is simply a failure to follow the plan. Also, one thing can lead to the other. For example, pressure leads to tightening of the muscles. On top of that, when you are nervous, you are also going to see less. You are going to see a huge, huge field. This may have happened. 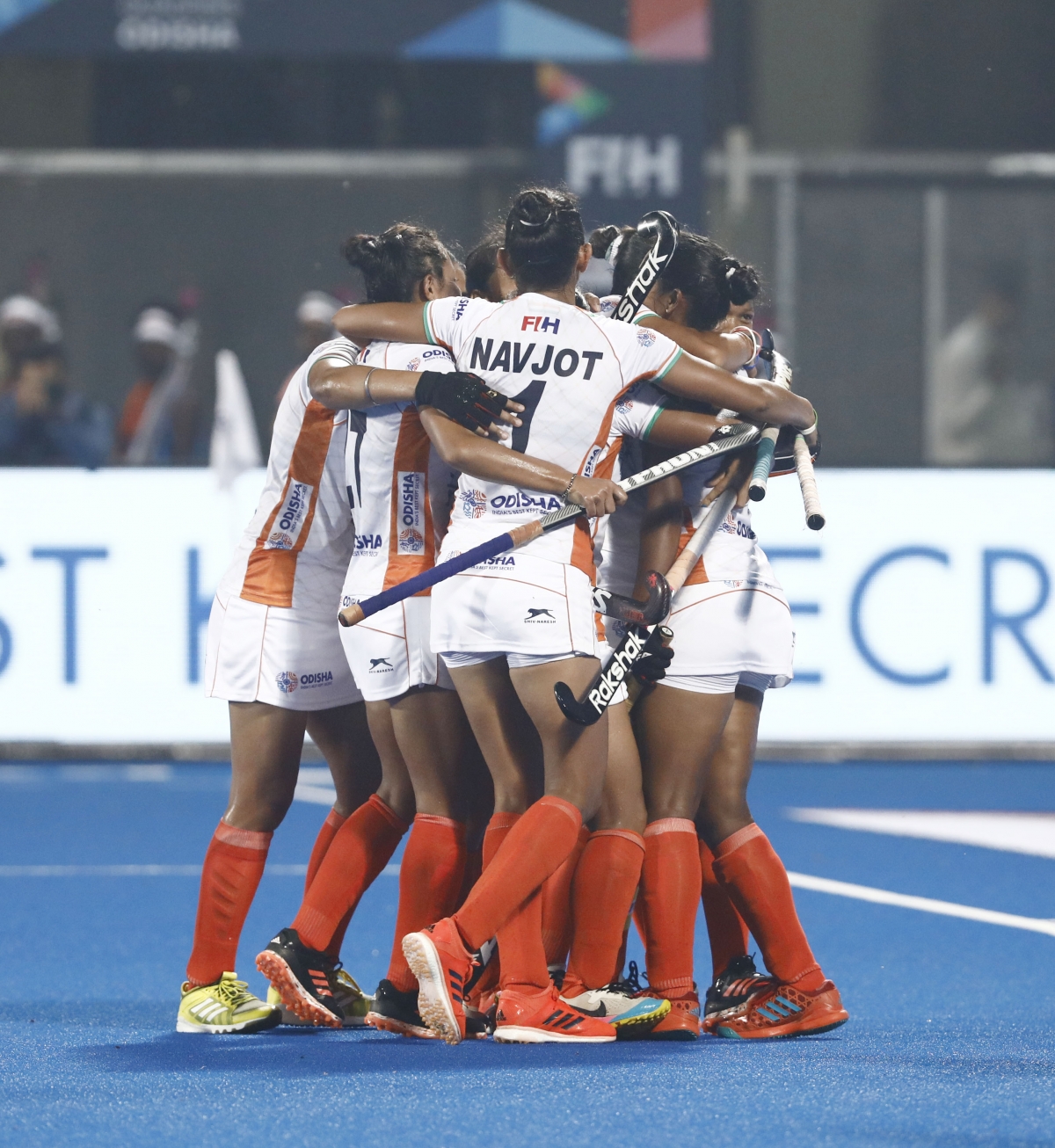 We have been a settled team this year and we have played really consistently. This was the first time in the year that we didn't play that well. A lot of mistakes we would have never made before took place. I think it has a lot to do with nerves.

Were the nerves a result of playing at home after a long time or due to this being the Olympic qualifiers?

Sjoerd: I think both. Yes, playing at home in front of so many people, you want to prove yourself and make people of India proud. That's one thing. The other is the fact of this being the Olympic qualifiers, the biggest event there is. It results in a lot of pressure.

In the second game, Gurjit Kaur's form wasn't very impressive. Are you confident of her bouncing back in the next tournament, whenever that is?

Sjoerd: Yes, of course. The fact that she didn't score yesterday doesn't mean that she is not good. I think she defended well but had two shots going just next to the post. In the past, she has proven herself for the team. She is one of the best drag-flickers in the world.

If you see our conversion rate of penalty corners, we are really high in the world. In women's hockey, not many PCs are scored. We cannot always have a situation where every PC goes in.

In both the matches, the Indian team allowed a lot of turnovers. Was this something that concerned you, your team not being able to hold possession?

Sjoerd: Yes, that's what I explained earlier. That happened in the first half. The second half was much better. Once we conceded goals, we got nervous again and started doing things that weren't according to the plan.