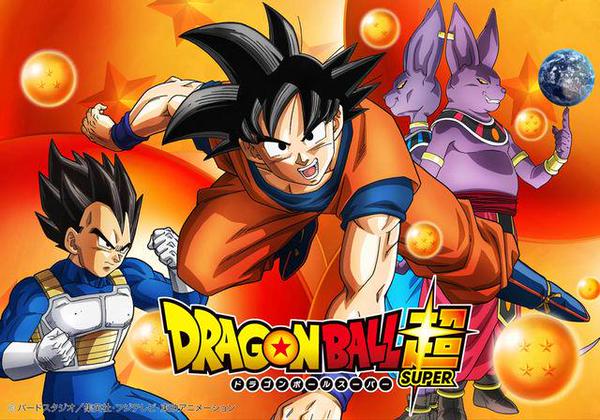 "Dragon Ball Super's" episode 42 was aired on May 15.Twitter/DragonBall

"Dragon Ball Super," the popular anime TV show from Toei Animation, aired episode 43 titled "Goku's 'Ki' is Out of Control?! Looking After Pan is A Lot of Trouble," on May 15, exclusively on Japanese Fuji TV.

The theme of the anime show, till recently, had been the Champa saga, which saw Champa and Beerus squaring off in a multiverse tournament between Universe 6 vs Universe 7. But the tournament completed in episode 41, and the Champa saga ended as well. This episode and its previous episodes have been fillers before the next saga begins in June.

Episode 42 had Bulma preparing for a celebration party. She had invited all of them, including Monaka. The episode had several funny scenes where we saw Beerus disguising as Monaka and fighting with Goku. Apart from Monaka everyone else in the party played a part in hiding the truth about Beeru's disguise.

Meanwhile, in episode 43 we see the antics of the Pilaf gang and Goku taking time out to relax with his family, Attack of the Fanboy said in its review.

The episode starts with Goku having food with wife Chi Chi and son Goten. But due to some unknown reason, Goku has lost his appetite. Chi Chi wants Goku to go see King Kai, who could be of help to him.

We see that Goku is unable to fly straight, and his ability to use the Instant Transmission is also slightly skewed and when he uses it, he goes to Capsule Corp, setting off all the alarms. This angers Vegeta, even as Goku tries to convince him that he came there by accident and he has no interest of seeing his wife either.

One of the reasons behind Goku's peculiar illness was identified using Super Saiyan Blue Kaioken technique in the multi-verse tournament. The technique had taken a toll on his body, Kind Kai advises him to rest and to keep out of training for some time.

Goku has to live in Gohan and Videl's mansion as he ends up destroying his home as he teleports there, the report notes.

Piccolo gives Goku some tips on babysitting. Piccolo has become an expert in this as he takes care of Pan, as both Gohan and Videl are busy most of the time. There is also a scene where Piccolo, Pan and Goku are seated on the roof of the mansion and are seen bonding together.

The Pilaf gang tries to wreak some havoc, as they think they have an unsettled score with Goku. Pan slowly crawls away from Pan and Goku. Piccolo gets angry at Goku for letting her get away.

The Pilaf gang wants to kidnap Pan, but the plan does not materialise and they end up chugging away in a robot, which is later destroyed by Pan who gets airborne. Though Pan is only an infant, she has the ability to use her powers and fly too.

Pan flies back to her mansion and Piccolo and Goku are not worried about her. She does not reveal what had happed in the interim, so the rest of them don't know what happened after she crawled away. This concludes the episode.

Meanwhile, Toei Animation has shared the preview of episode 44, titled "Secret of the Unleashed Superhuman Water."

This episode seems to take place in a new planet, and with Goku's illness, we will have to see how he will protect his fellow travellers.