By : Meghna Sen
May 19, 2020 12:36 IST
https://data1.ibtimes.co.in/en/full/739229/ndrfh-teams-alert-locals-near-digha-beach-ahead-cyclone-amphan-landfall.jpg
NDRFH teams alert locals near Digha beach ahead of cyclone Amphan landfallIBTimes IN

Union Home Minister Amit Shah speaks to West Bengal Chief Minister Mamata Banerjee on cyclone Amphan. The Home Minister has assured West Bengal CM that the Centre is committed to helping the state and already teams of the National Disaster Response Force (NDRF) have been deployed. The central government is ready to give any assistance the state requires, Shah said. 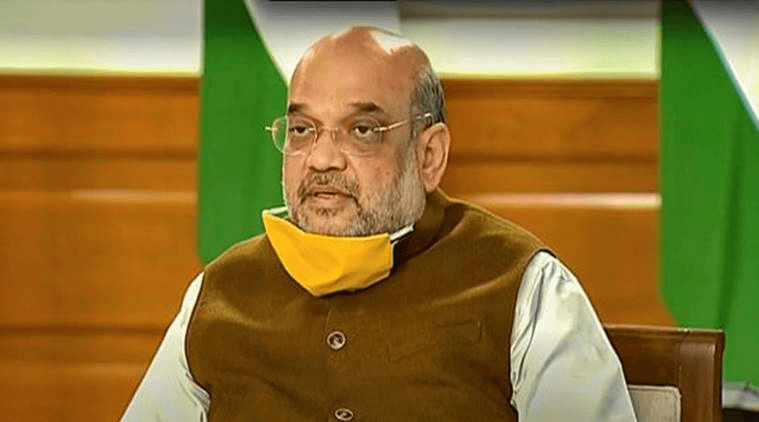 The central government is ready to give any assistance the state requires, Amit Shah said.Twitter

Meanwhile, the West Bengal government on Tuesday (May 19) have started evacuating people from the coastal belts as the super cyclonic storm Amphan intensified. The strong winds and heavy rains may wreak havoc on a large part of the south Bengal districts.

Chief Minister Mamata Banerjee has already directed the state disaster management authorities to transport the evacuees to temporary cyclone centres for their safety. Three coastal districts of East Midnapore, South 24-Parganas and North 24-Parganas are predicted to be the most affected in the cyclonic spell.

Very severe #TropicalCyclone #Amphan was caught this morning by @JMA_kishou's #Himawari8 satellite as it headed toward India and Bangladesh. At last report, it was the equivalent of a Category 5 Atlantic hurricane.

Cyclonic storm Amphan is also likely to affect other south Bengal districts, including Howrah, Hooghly, West Midnapore and Kolkata, besides these three districts.

Cyclone Amphan has intensified as a super cyclone. We are expecting this to make a landfall with devastating wind speed in the coastal belts of Bay of Bengal - somewhere between Digha and Hatya Island in Bangladesh, located close to Sundarbans," an official from the weather office Sanjib Banerjee stated.

Cyclone Amphan is expected to make landfall in the state on May 20, as per Kolkata Met department officials. The Indian Meteorological Department (IMD) had already said that Amphan (pronounced as UM-PUN) had already intensified into an extremely severe cyclonic storm overnight, which is coming at a speed of 14 km/hour towards the coastal belts of Bay of Bengal.

For now, the cyclonic storm lays centred over the west-central Bay of Bengal about 570-km nearly south of Paradip in Odisha, 720-km south-west of Digha (West Bengal) and 840-km south-southwest of Khepupara in Bangladesh. It is expected to make landfall somewhere between West Bengal's Digha and Hatya Island in Bangladesh, IMD sources said. A part of it may also make landfall somewhere between the Kakdwip and Sagar Island in the state's South 24-Parganas district at a minimum speed of 155-165 km/hour (Maximum 185 km/hour).

As many as 12 NDRF teams have been kept on stand-by as the cyclonic storm is likely to hit a large part of the coastal districts with "very heavy rainfall" on Wednesday evening. Besides West Bengal, a warning has also been issued for Odisha, Sikkim and Meghalaya till Thursday. The meeting was held at the PM Modi's residence in which Amit Shah, Home Secretary Ajay Bhalla, and NDMA officials were also present.Twitter

PM Narendra Modi took full stock of the situation and reviewed the response preparedness as well as the evacuation plan presented by the National Disaster Response Force (NDRF). During the presentation of the response plan, DG NDRF informed that 25 NDRF teams have been deployed on the ground while 12 others are ready in reserve. 24 other NDRF teams are also on standby in different parts of the country.

7 NDRF teams have been deployed in West Bengal

Earlier, Prime Minister Narendra Modi asked for an emergency meeting on Amphan on Monday evening with representatives from West Bengal and its neighbouring Odisha. State forest minister Rajib Banerjee also called for a meeting last evening to review all the measures taken to fight the upcoming cyclone. State government sources said that special arrangements had been made by deploying specialised disaster management teams at Sagar Island and Kakdwip in South 24-Parganas district in Bengal.