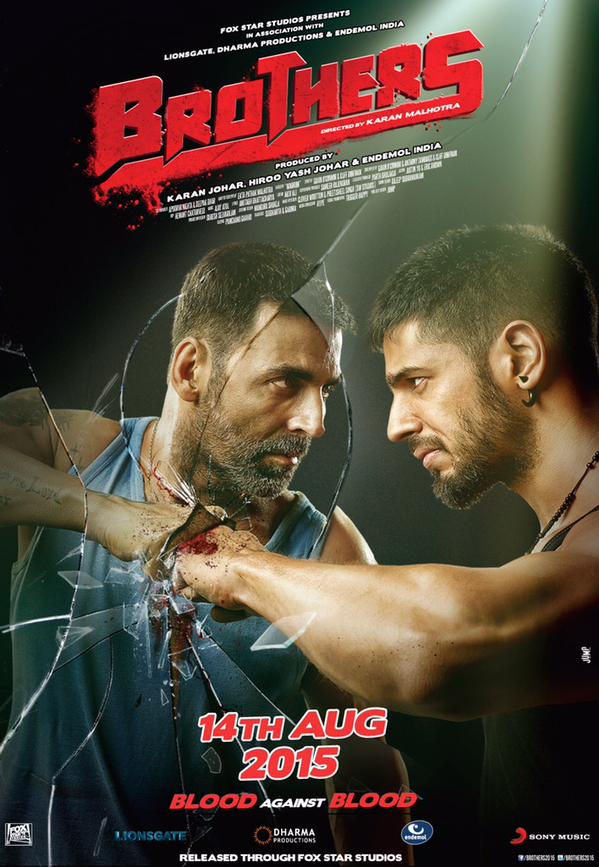 Bollywood's two handsome hunks, Sidharth Malhotra and Akshay Kumar, will appear on the silver screen together in Karan Johar's "Brothers". Both are busy promoting the film and also, the makers released a brand new poster of it.

The two on-screen brothers can be seen enjoying the promotional events. Recently, they visited many radio stations to promote "Brothers".

Several pictures of the two handsome Punjabi guys promoting the film at events are doing the rounds on the Internet.

And the #brothers are hereee #akshaykumar aur apna sid baba

The "Brothers" trailer, which was released on 10 June, has garnered more than eight million views on YouTube till date.

A few days ago, producer Karan Johar took to Twitter to share the big news. "The #Brothers trailer at 8 million!!! #BrothersAreComing #august14," he tweeted.

The upcoming film is about two brothers, David Fernandes and Monty Fernandes, who turn fighters and end up facing each other in the ring. It also features Jacqueline Fernandez and Jackie Shroff in pivotal roles.

Directed by Karan Malhotra, the film is the official remake of 2011 Hollywood film "Warrior", which had Tom Hardy and Joel Edgerton in the lead roles.

Monkeypox an evolving threat, not a global health emergency: WHO

SL won't receive fuel shipments this week and next: Minister

PAK sets up factories of disinformation in UK and Europe; infects India on Kashmir issue [details]