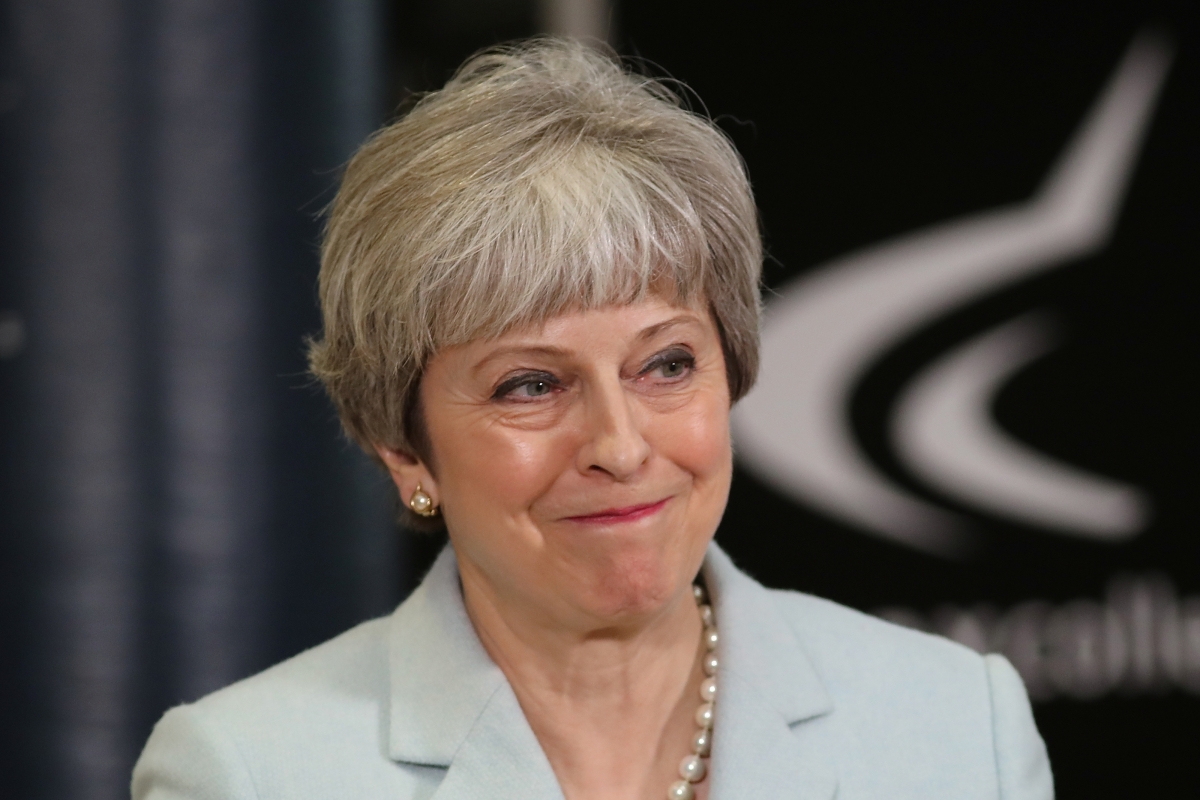 Britain's Prime Minister Theresa May leaves after delivering a speech to students and staff during her visit to Derby College in Derby, Britain, February 19, 2018.REUTERS [Representational Image]

British Prime Minister Theresa May on Thursday vowed to move on with her Brexit plan on the basis of the draft agreement between London and Brussels, saying "the course I have set out is the right one".

The embattled prime minister, speaking at a press conference in her Downing Street office, said, "This is a Brexit that delivers on the priorities of the people," Xinhua reported.

"I believe with every fibre of my being -- the approach is right," May said with regard to going ahead with her Brexit plan despite strong opposition inside her own political party and parliament.

"The British people just want us to get on with it," she said, referring to the efforts to deliver Brexit in March next year in accordance with the 2016 referendum.

"I am going to do my job," she said, brushing aside speculations that she might step down or on who might be the hopefuls from her own party to succeed her. "The leadership is about taking right decisions that are not easy ones."

The prime minister made the statement as she is facing a possible leadership challenge after Jacob Rees-Mogg, a leading eurosceptic in her Conservative Party, sought a non-confidence vote over her draft agreement to leave the European Union (EU) in March 2019.

"Am I going to see this through? Yes!" May said.

"Voters are looking to the Conservative Party to deliver" the Brexit, she said, adding "The deal protects our jobs and security."

The draft divorce deal, released by the EU in Brussels on Tuesday night, represented a technical breakthrough after months of tense negotiations between the UK and the EU on how Britain can leave the regional bloc on March 29 next year.

The draft agreement of more than 500 pages is understood to involve the UK remaining in a customs union and committing to a "level playing field" on EU rules in areas such as environmental and workplace protections during a backstop period after Brexit.

The divorce deal needs the ratification of the British parliament and the approval by the remaining 27 EU member states.

Hard Brexiters reacted negatively on Tuesday to the proposed deal and indicated that they intended to vote against it if it came to parliament.

The prime minister battled to save the Brexit draft agreement by saying "it is the best that could be negotiated" and "in the best interests of the entire United Kingdom."

All the efforts from both Britain and EU are aimed at avoiding chaotic no-deal Brexit and ushering in a new final relationship, she said.