Harry Styles just endorsed Joe Biden ahead of 2020 US elections. His endorsement has gone viral, winning Biden a much-needed boost in the presidential race.

The 2020 US elections haven't just gotten the attention of the United States, but the entire world. It may be a tough fight between US President Donald Trump and presidential nominee Joe Biden, but Americans are going to decide - one vote at a time. As the presidential race gets fierce, some celebs all the way from the UK have taken keen interest in the outcome. After Meghan Markle, Price Harry, it is singer Harry Styles who has taken interest in the US elections.

"If I could vote in America, I'd vote with kindness," Styles wrote retweeting Biden's campaign video.

That one tweet from Styles endorsing Biden went viral in a matter of minutes. In less than an hour of the tweet, more than 100,000 people retweeted, and over 400,000 users on Twitter liked it. The number is only increasing by the second.

This level of engagement made Styles' words "Vote with kindness" trend on the top charts in the US. Styles has more than 35.6 million followers and every tweet he sends out is likely to start a trend on Twitter and it looks like Biden's campaign won a major boost. This is touted as one of the biggest endorsements for Biden.

Styles' fans in the US were quick to react and promised to vote during the elections. At a time when each vote matters in rewriting American history, Styles has given the much-needed nudge to his fans in American to go out and vote.

Check out some reactions below: 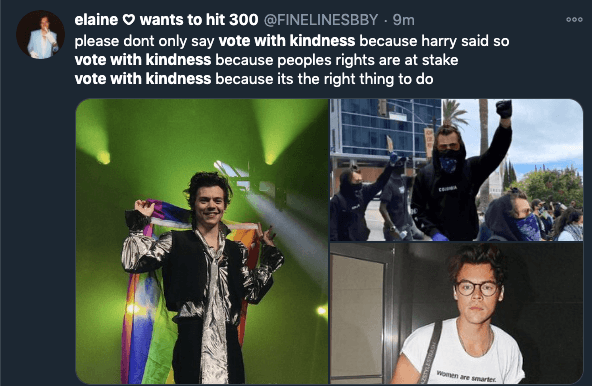 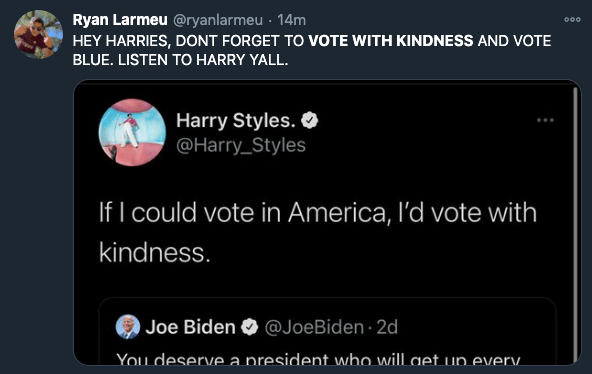 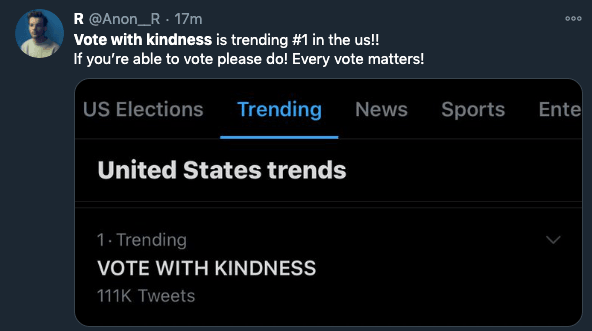 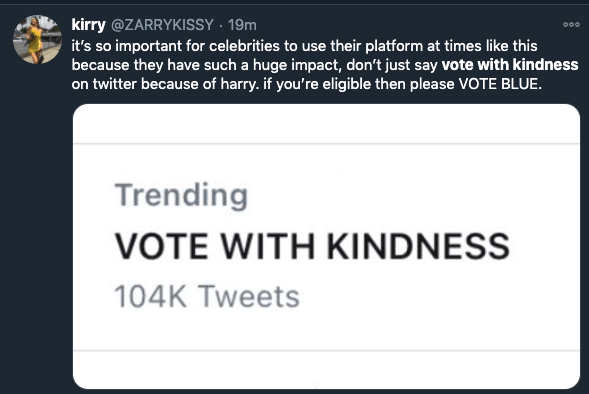