NCW chairperson Rekha Sharma is under the spotlight for her tweets she made several years ago. Now, those tweets have come back to haunt her.

Rekha Sharma, India's National Commission for Women chairperson, found herself in hot waters after her old tweets came back to haunt her. Netizens are pointing out the irony given her current position as the NCW chief. But that's not it, the old tweets of Sharma, chief of independent apex women's body in India, have come as a shocker to many, but many said it was not surprising.

It all started with a tweet by Sharma, trying to clarify a tweet from her account in 2012 in which she had made sexist remarks about PM Modi. In her defense, the account was hacked to tweet against the Indian Prime Minister while she was on a flight.

But Sharma's clarification came without taking note of the date of the so-called hacker's tweet, which was actually in 2012. The only reasonable explanation to this would be that the hacker took over Sharma's Twitter account, traveled back in time and tweeted from her account, one Twitter user suggested.

Now, hacked or not, this got netizens curious and they went fishing. What they found was "pure gold" or perhaps a "trove of treasure." From misogynistic remarks, casteism, Islamophobia, distasteful jokes, and more Sharma managed to give her two cents on every topic over the years. Of course, those were the years when Sharma was not the NCW chief. And it is those very tweets that have become the reason for netizens to demand her resignation.

All this while Sharma recently slammed former MP CM Kamal Nath for a sexist "item" jibe. It's not like Nath's remark sat down well with netizens, but Twitter users couldn't help but point out the hypocrisy in this whole situation.

Enough said, here are the tweets from her locked account that have raised more than just eyebrows. 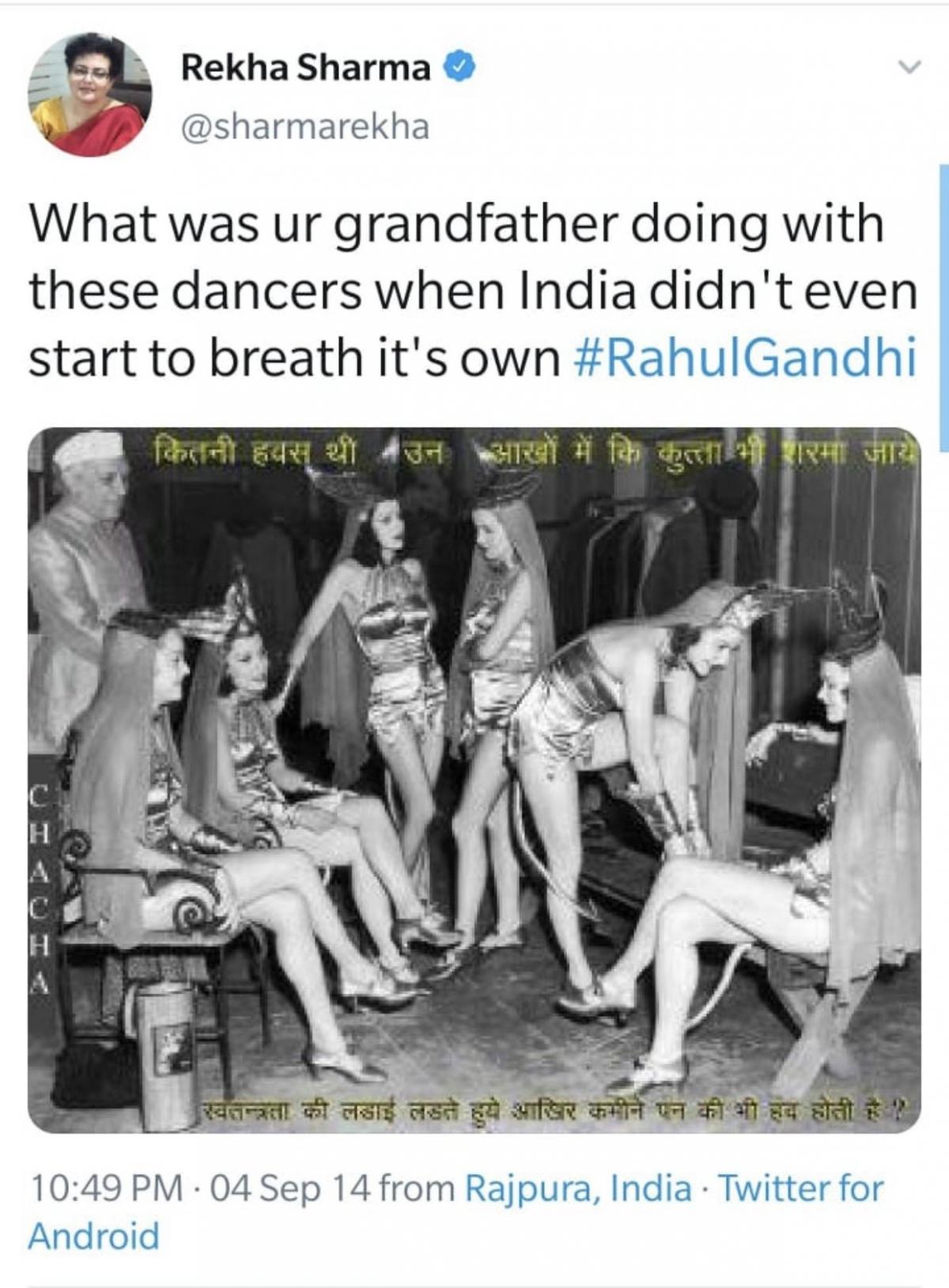 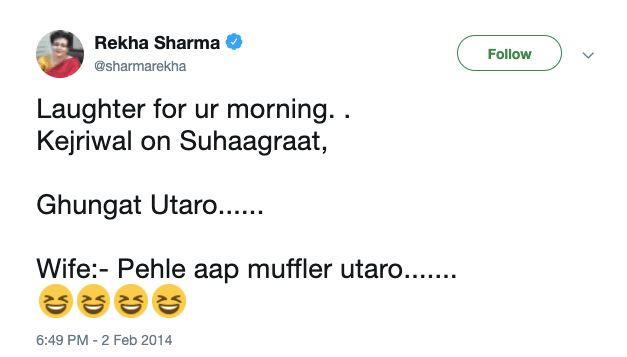 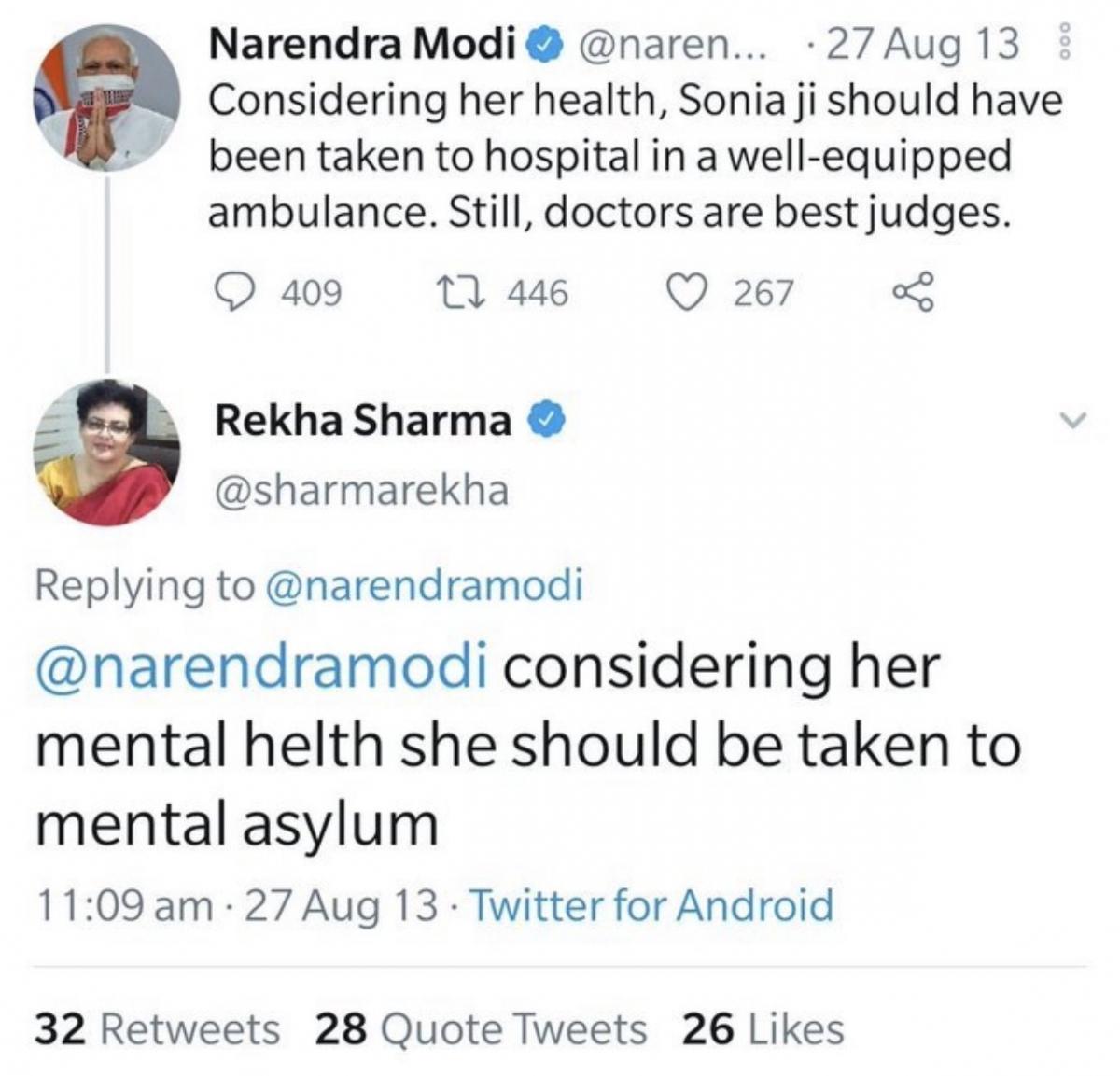 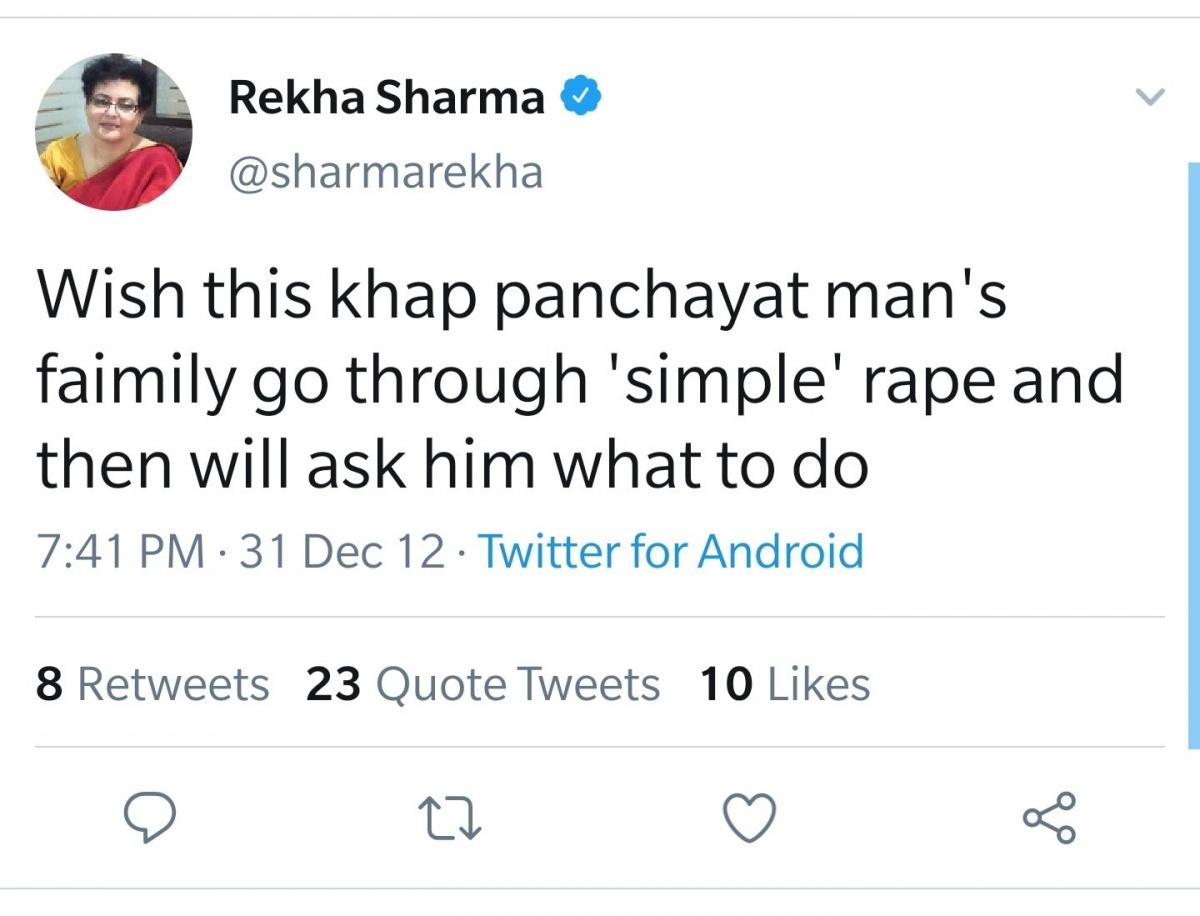 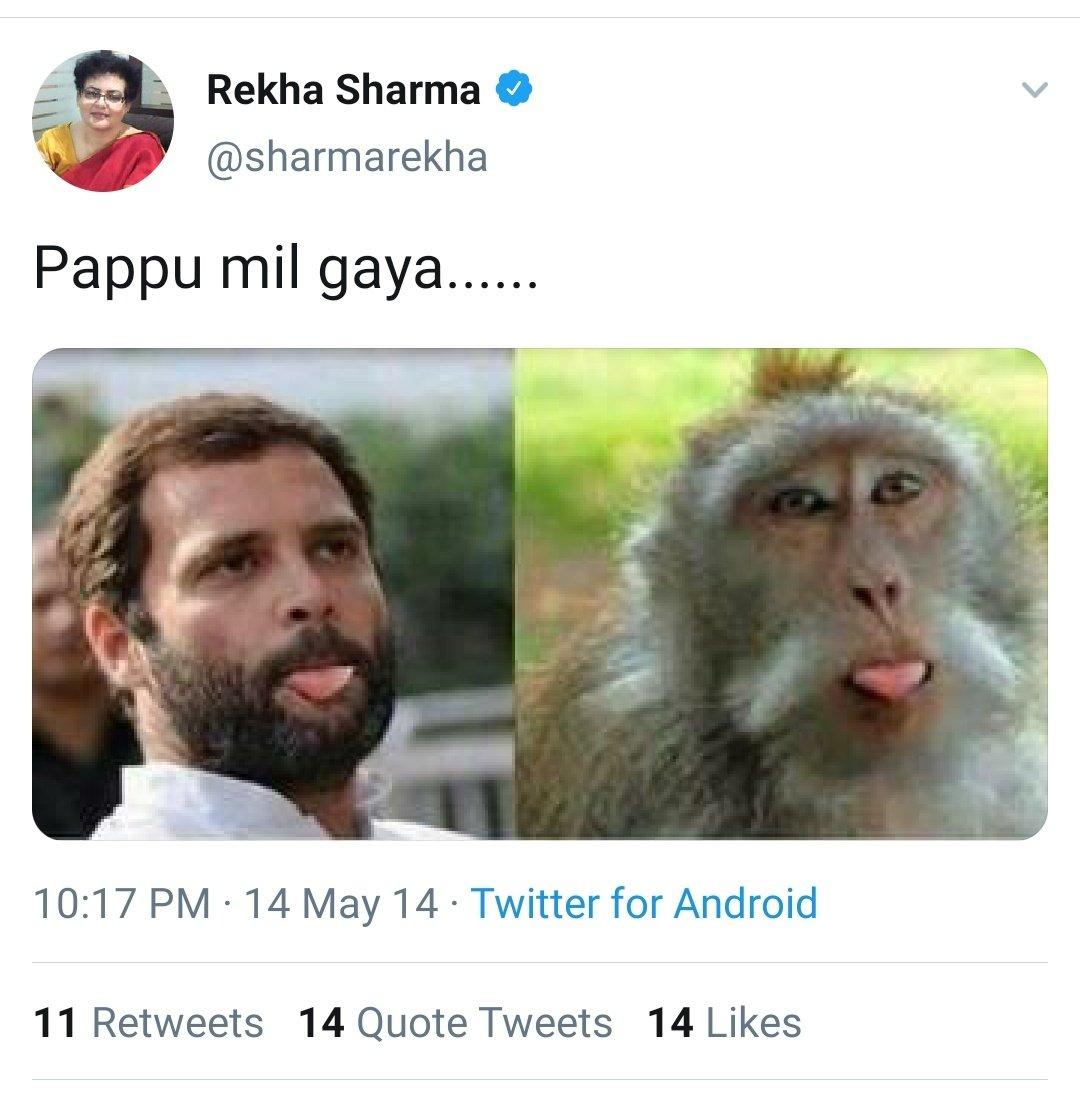 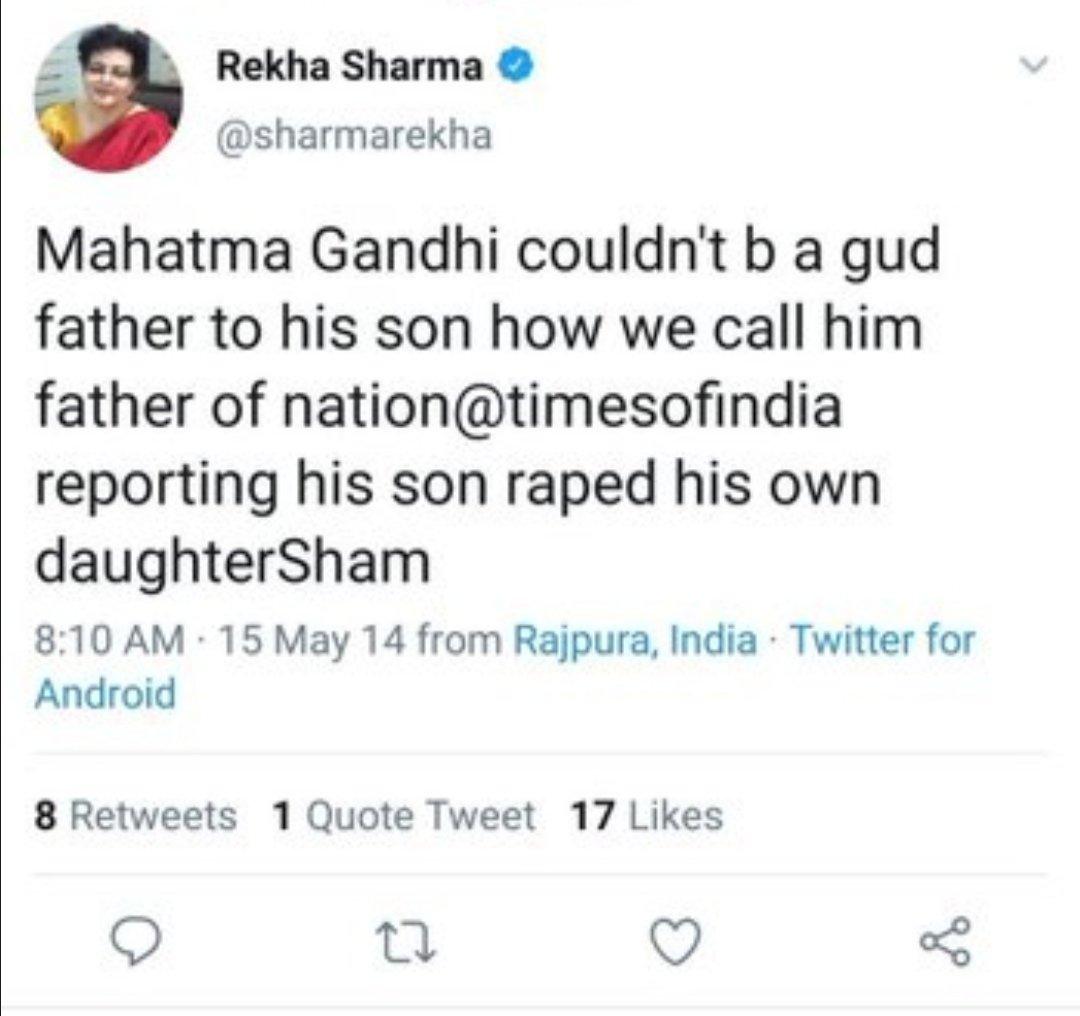 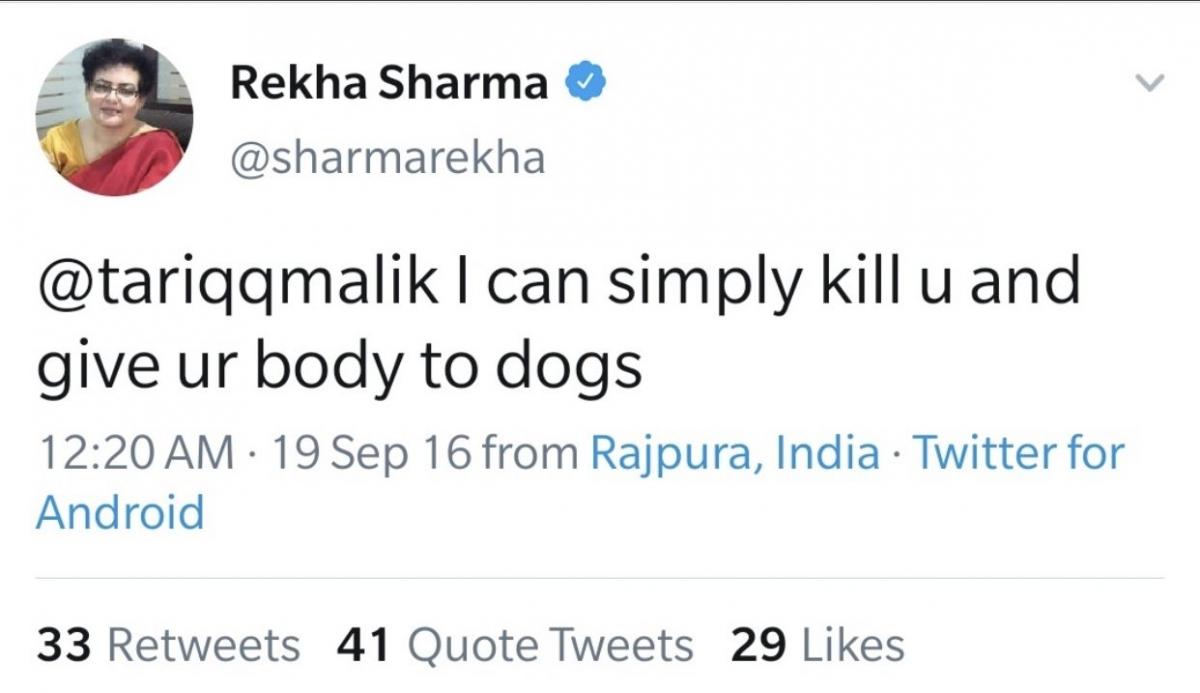 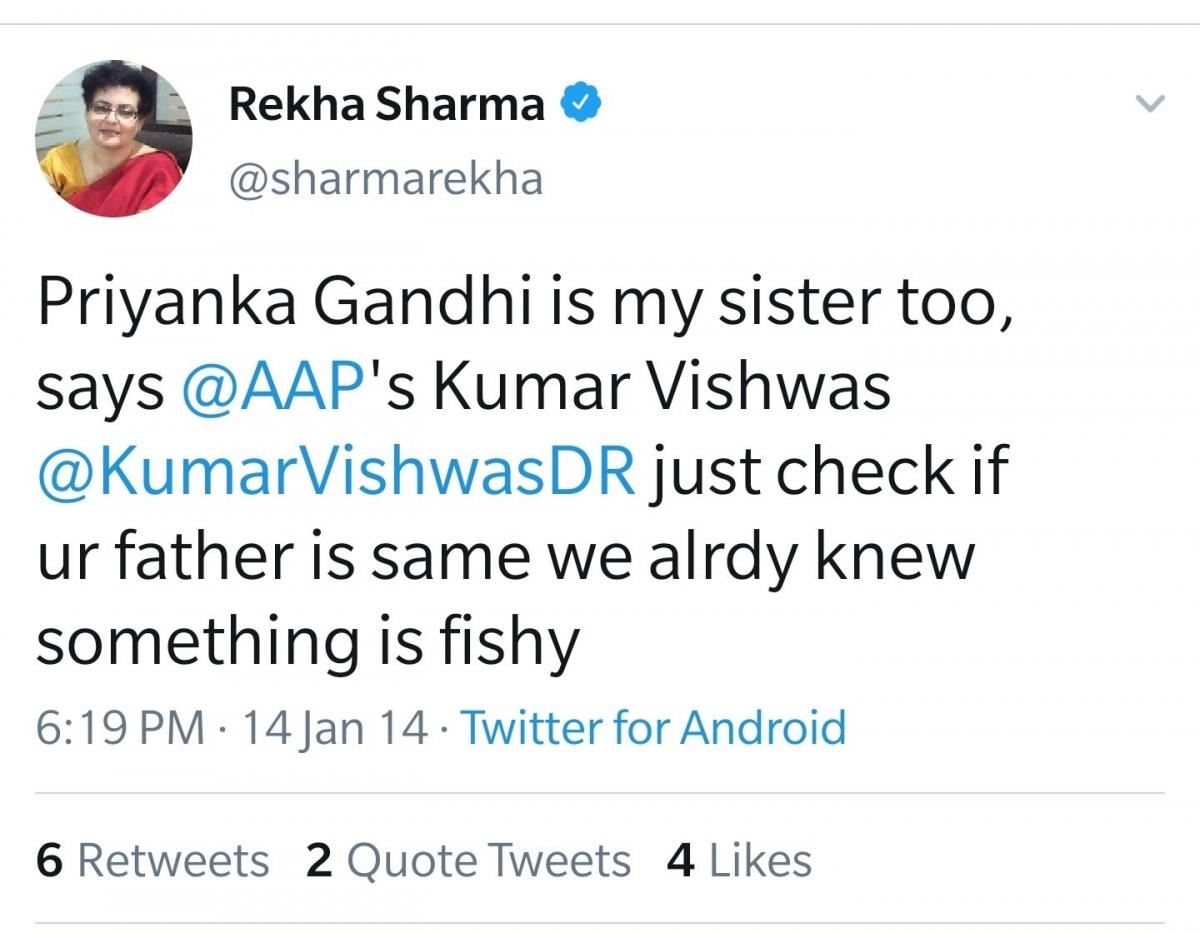