Trump did more for women than any president ever; yeah right say people

US President Donald Trump has been charging the headlines with his comments - be it bashing his presidential rival Joe Biden or his pick for VP Kamala Harris or anything under the sun. On Friday, Trump tweeted about the 100th anniversary of women's voting rights. But it didn't go quite as expected.

It's great when the President of the United States speaks about women's power and celebrates their voting rights. What's more, he even pledged to build a "beautiful statue" right here in Washington to honor those women. It all sounds too good, right? Even if it came just a day after Trump called Kamala Harris names like "nasty", "horrible", and "mad". And that's just to one woman in recent history.

But netizens aren't mad about any of it. it is what Trump said in the same tweet where he was all praise for the women of America.

I have done more for WOMEN than just about any President in HISTORY! As we celebrate the 100th Anniversary of women's voting rights, we should build a BEAUTIFUL STATUE in Washington D.C. to honor the many brave women who made this possible for our GREAT COUNTRY," Trump tweeted.

He continued: "Congress should send me H.R.473 ASAP and make this happen! It will INSPIRE all women to continue being bold and brave in achieving their DREAMS!"

It remains unclear if Congress will comply with Trump's request. Wonder what's H.R.473. It's no covfefe-like invention.

H.R. 473 would authorize the group Every Word We Utter to establish a monument in or near the District of Columbia to commemorate the passage of the 19th Amendment to the Constitution. H.R. 473 would prohibit the use of federal funds to establish the monument."

Trump's tweet went south real fast. Netizens didn't shy away from giving nasty replies to Trump's claim that he'd done more for women than any president in history. Here's a glimpse of some of the reactions: 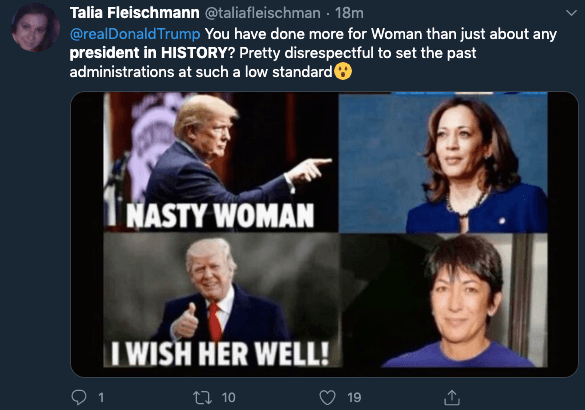 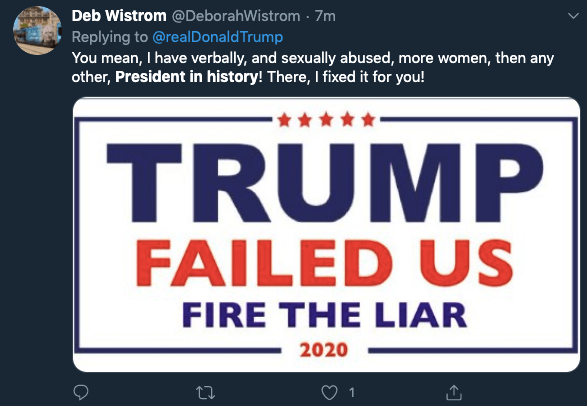 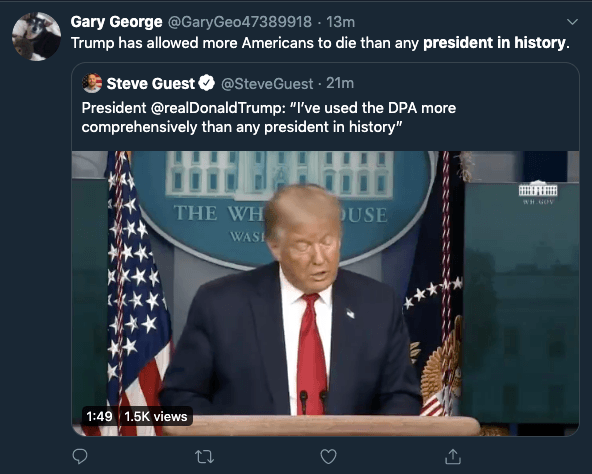 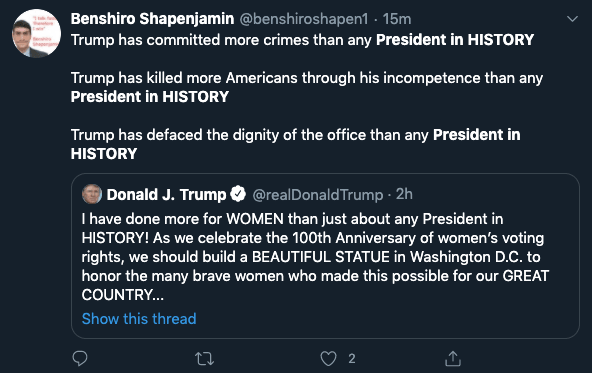