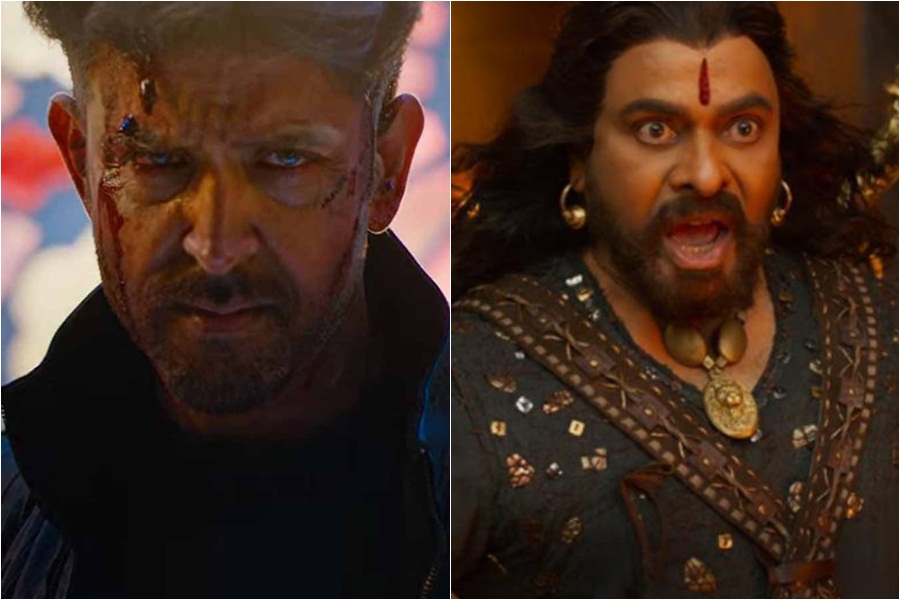 Chiranjeevi's Sye Raa Narasimha Reddy has made a decent collection at the Australian box office on Wednesday and the movie has an edge over Hrithik Roshan-Tiger Shroff's War on the first day of release.

Hrithik Roshan and Tiger Shroff have a bigger fan following than megastar Chiranjeevi in Australia and the collection of their previous films are proof of it. Hence, Sye Raa Narasimha Reddy was released in nearly 40 screens in Australia on Wednesday, while War hit around 50 screens. Trade analysts have predicted that the Hindi film will have an edge over the Telugu movie.

After seeing huge hype, Weekend Cinema shelled out a hefty sum of Rs 20 crore on overseas theatrical rights of Sye Raa Narasimha Reddy. The distribution house released the film in 315 locations in the USA alone in a bid to cash in on megastar Chiranjeevi mania. It also premiered the movie in an equal number of cinema halls on Tuesday, a day before it official hit the screens across India.

Having fantastic advance booking, Sye Raa Narasimha Reddy started on a good note and collected $857,765 at the USA box office in the premiere shows on Tuesday. Idlebrain Jeevi tweeted, "#SyeRaa collects $857,765 (₹6.16 cr) from 308 locations with per location average of $2,785 on Tuesday in USA through premieres! Superb!! "

Tennis: Serena Williams hints at retirement after US Open, says 'Evolving away from tennis'

Future is 'Made in America': Biden after signing $280 bn CHIPS & Science Act
Advertisement
Must Read
Advertisement