Three pilgrims died while four others sustained serious injuries in a stampede which broke out in the Khatu Shyam temple in Rajasthan's Sikar on Monday morning.

The stampede was reported at 5.00 a.m., when a huge crowd of devotees assembled for 'darshan' on the occasion of Ekadashi. Devotees had been standing in a queue since late Sunday night and as soon as the doors of the temple opened in the morning, a stampede broke out.

All the three dead were women devotees. The bodies of the deceased have been kept in the mortuary of Khatushyamji Hospital where post-mortem will take place.

The injured have been identified as Shivcharan (50), Manohar (40), Indra Devi (55) of Karnal, Anoji (40) of Alwar. Manohar's condition was critical and was referred to Jaipur. 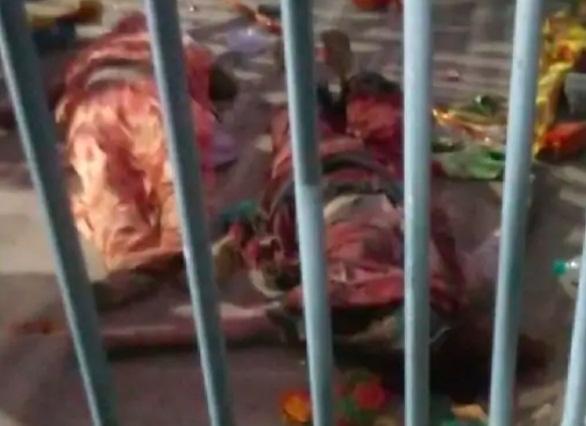 Meanwhile, Chief Minister Ashok Gehlot condoled the death of the three devotees and said, "The death of 3 women devotees due to stampede in Khatushyam ji's temple in Sikar is very sad and unfortunate. My deepest sympathies are with the bereaved family. May God give them strength to bear this loss and may the departed soul rest in peace. Wishing a speedy recovery to the devotees injured in the stampede."

Gunfight breaks out in J&K's Shopian; one terrorist killed [details]