Shruti Haasan has been signed as the heroine of Prabhas' upcoming movie Salaar. The news was announced by the production house, Hombale Films, on social media sites on Thursday, 28 January, to coincide with the birthday celebration of the actress. 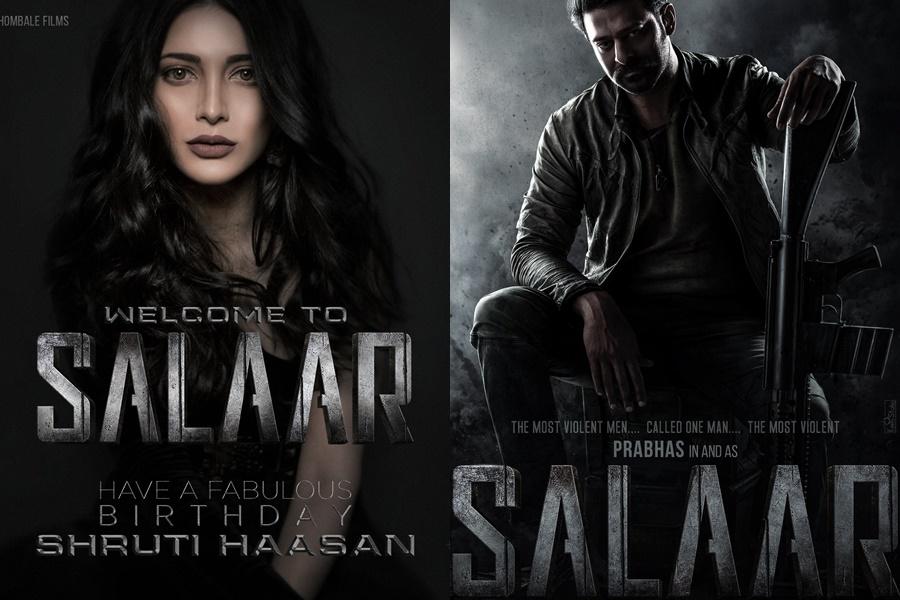 The official Twitter handle of Hombale Films tweeted, "Wish you a very happy birthday @shrutihaasan We're ecstatic to have you onboard for #Salaar. Can't wait to see you sizzle on the screen. #Prabhas @prashanth_neel @VKiragandur @hombalefilms. [sic]"

Why Kannadigas are Upset Against Her?
The news has been overwhelmingly welcomed by the fans of Prabhas and the actress, but a section of Kannadigas are not happy with the choice of the heroine. The reason is a Tweet posted by her in 2017.

Reacting to the rumours of receiving an offer from a big Kannada film, the actress had tweeted, "Clarifying that I have no plans of doing a Kannada film in the near future and have had no discussion with any1 regarding it either #rumor. [sic]"

Shruti Haasan was reportedly approached by the makers of Pogaru in 2017. The makers had made the offer through her casting agency, but her Tweet came as a shock as it put them in an embarrassing situation. Speaking to Indian Express, Pogaru director Nanda Kishore had said, "We approach an actress for her talent...We were keen to bring in Sruthi because we thought she fits the bill. Our producer spoke to her casting agencies and even I was asked to send the synopsis of my upcoming project. I felt the tweet from Shruti was definitely uncalled for."

As a result, she had faced the wrath of a section of Kannada online cine-goers. Now, she is being trolled for the same tweet. Check out select-few tweets below:

The upcoming film is directed by Prashanth Neel, the creator of KGF franchise, and has most of the technicians who worked in the Yash-starrer.

Has Swiggy gone eco-friendly? Video of delivery boy on horse goes viral in Mumbai amid rains

Non-life insurers can offer innovative vehicle insurance covers [pay as you drive, pay how you drive]