Many in the film industry are surprised over the absence of power star Pawan Kalyan and stylish star Allu Arjun at megastar Chiranjeevi's 151st film Sye Raa Narasimha Reddy.
Aug 23, 2017

Rana Daggubati, Allu Arjun, Nani and a host of other Telugu celebs have shared their rare and unseen photos with megastar Chiranjeevi and wished him on Twitter on his 62nd birthday.
Aug 22, 2017

Varun Tej's Fidaa has raked in more moolah than new releases Darshakudu and Nakshatram at the US box office.
Aug 8, 2017

Confirmed: Saath Nibhaana Saathiya to go off air after 7 years of successful run

Tanya Sharma, who plays the role of Meera on Saath Nibhaana Saathiya, has confirmed the news of the show going off air.
Jul 11, 2017

The results are available on the official website of UPSC.
May 31, 2017

The Tamil, Telugu, Hindi versions of Bahubali 2 were leaked from India, Middle East and the US. But the full movie download did not affect its collection at the box office.
May 2, 2017

Baahubali 2 has collected total of Rs 625 crore gross at the worldwide box office in 4 days and beaten the lifetime collection record of Baahubali: The Beginning.
May 2, 2017

KV Guhan on Mister: With Varun Tej, I felt like I was working with Mahesh Babu [Exclusive interview]

In an exclusive interview to IBTimes India, cinematographer KV Guhan spoke about his experience of working with director Srinu Vaitla, Varun Tej, Lavanya and Hebah in the Telugu movie, Mister.
Apr 13, 2017 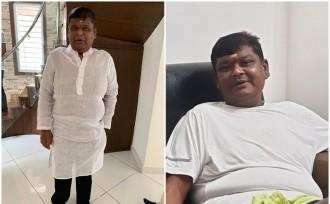