Chitralahari has made decent collection at the worldwide box office in the first weekend. The Sai Dharam Tej (SDT) starrer surpassed Rs 15 crore gross mark in the global market in three days.
Apr 15, 2019

Chitralahari has shattered the lifetime collection records of Winner, Jawaan and Tej I Love You in just two days and become the highest grossing movie for actor Sai Dharam Tej at the US box office.
Apr 14, 2019

Sai Dharam Tej's Chitralahari has taken a toll on the business of ChaySam's Majili at the US box office on Friday and Saturday and it may not allow its collection to cross $1 million mark in the country.
Apr 14, 2019

The full movie of Chitralahari (Chithralahari) starring Sai Dharam Tej, Kalyani Priyadarshan and Nivetha Pethuraj, was leaked on torrents for free download, which is likely to take a toll on its box office collection.
Apr 13, 2019

Chitralahari Review: The story of an underdog every common man can relate to

After six back-to-back flops, Telugu hero Sai Dharam Tej is back with the movie titled Chitralahari. The movie also stars Nivetha Pethuraj and Kalyani Priyadarshi in the lead roles. Read on for the full review.
Apr 12, 2019

A notorious gang has leaked the full Malayalam and Telugu versions of Superstar Mohanlal's Lucifer on the torrents for free download two weeks after its Mollywood version hit the screens.
Apr 12, 2019

Chitralahari is scheduled for release on April 12 and it will be premiered in the US and few other international markets a day before it hits the screens in India. Scroll down to read the Chitralahari review by overseas viewers.
Apr 11, 2019

Ram Charan, Jr NTR, Allu Arjun, Chiranjeevi and a host of other Tollywood celebs to cast vote in the Lok Sabha elections in Hyderabad and their photos and videos are going viral on social media.
Apr 11, 2019

Twelve days after the Pulwama attack, Mirage 2000 fighter jets attacked terrorist camps in Balakot, Chakothi and Muzaffarabad across the Line of Control (LoC) on Tuesday.
Feb 26, 2019

Producer Allu Aravind is said to be bankrolling the Telugu remake of hit Hindi film Gully Boy and has planned to rope in Sai Dharam Tej for the lead role played by Ranveer Singh in the original movie.
Feb 19, 2019

Vijay Sethupathi to play villain opposite Chiranjeevi's nephew in his debut movie?

Tamil actor Vijay Sethupathi is being considered for the role of villain in filmmaker Sukumar's next production, which marks the acting debut of megastar Chiranjeevi's nephew Vaishnav Tej.
Feb 18, 2019

Who was Kader Khan? Afghan-origin Bollywood actor-writer who died at 81 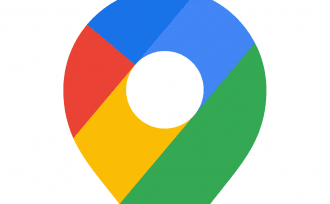 How to find public food and night shelters in your city using Google Maps?
5 hours ago
MOST POPULAR