Anu Emmanuel was brought on board for Sivakarthikeyan's SK16 after Rashmika Mandanna turned down the offer, say rumours.
May 15, 2019

Like Samantha and Rashmika Mandanna, Malavika Mohanan knows how to silence trolls

Malavika Mohanan has given a befitting reply to those who tried to slut-shame her for wearing revealing shorts.
May 14, 2019

Parthiepan has made allegations against the makers of Temper, which is remade in Tamil as Ayogya, stole the story from one of his earlier films.
May 13, 2019

Aishwarya Rajesh's marriage: Is she really tying the knot this year? Here is the truth

Tamil actress Aishwarya Rajesh has denied the rumours which claimed that the actress will tie the knot in 2019.
May 11, 2019

After Rashmika Mandanna and Shalini Pandey, Raashi Khanna to do a lip-lock scene with Vijay Deverakonda?

Raashi Khanna has paired up with Vijay Deverakonda in upcoming movie, directed by Kranthi Madhav.
May 3, 2019

Kannada actress Rashmika Mandanna has been approached for the female lead opposite Randeep Hooda in filmmaker Sanjay Leela Bhansali's upcoming Hindi movie, which will make her Bollywood debut.
Apr 25, 2019

Vijay Devarakonda and Rashmika Mandanna's movie Dear Comrade is said to have beeen delayed by 50 days and the reason for postponing it is not clear. Now it will clash with Lion King at the box office.
Apr 23, 2019

Actress Rashmika Mandanna revealed that director Parasuram played a prank on her on the sets of Geetha Govindam. She was embarrassed and cried till he consoled her with the reality.
Apr 23, 2019

The suicide note mentioned that she was taking the extreme step after fairing poorly in her exams. Her family had refused to accept it as a suicide and suspected that she was murdered.
Apr 19, 2019

Prabhas recently watched the teaser of Shahid Kapoor's Kabir Singh and was mighty impressed with his looks and performance.
Apr 13, 2019

Sources close actor Vijay Deverakonda say that he is upset with fans targeting Rashmika Mandanna over the lip-lock scene in Dear Comrade. He says it is a harmless kiss.
Apr 1, 2019

Superstar Mahesh Babu, who is busy with Maharshi, will reportedly get Rs 50 crore as his salary for director Anil Ravipudi's next film and it is 100 per cent more than his remuneration of Maharshi.
Mar 31, 2019

Director Vijay has given a clarification to the rumours of him tying the knot to actress Sai Pallavi.
Mar 28, 2019

Rashmika Mandanna trolled for her comment on 'love': Netizens use Rakshit Shetty's issue as a weapon to target her

Rashmika Mandanna, who broke-up with Rakshit Shetty last year, is harshly targeted for her comments on love.
Mar 24, 2019 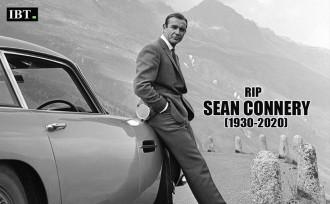 Sean Connery dies at 90: These fascinating facts about former James Bond star will leave you teary-eyed
4 hours ago
MOST POPULAR