There are a total 38 coal mines listed for e-auction, out of which nine are located in Jharkhand. The e-auction was scheduled from November 2-9.
27 days ago

Johnny Depp recently lost a libel case and now Warner Bros. has asked him to resign from his role as Grindelwald in Fantastic Beasts, which he has respected and agreed.
28 days ago

Andrew Bates, Biden's director of rapid response compared Trump to a trespasser if he refuses to concede after losing the election and refuses to leave the White House.
28 days ago

'The Tonight Show' head writer quits job; Trump is the reason behind it

The head writer of the popular American show, 'The Tonight Show' submitted her resignation as she didn't want to do sketches on Donald Trump.
28 days ago

The Supreme Court on Friday asked the Maharashtra Legislative Assembly Secretary to show cause in two weeks why contempt proceedings should not be initiated against him for his October 13 letter to Arnab Goswami.
28 days ago

The Supreme Court said that an offence under the Scheduled Castes and Scheduled Tribes (Prevention of Atrocities) Act is not made out on the fact that the complainant is a member of SC or ST.
28 days ago

The court in Karnataka's Chikkamagaluru has issued a non-bailable warrant against late CCD founder VG Siddhartha and other directors of the company in a cheque bounce case.
29 days ago

Centenarian voted via absentee ballot in Michigan. Problem: He died in 1984

It appears 118-year-old William Bradley isn't the only absentee ballot on behalf of the deceased in this year's elections, raising serious suspicions of voter fraud.
29 days ago

Fact-check: No, Arnab Goswami is not tortured, beaten up by Maharashtra Police

An image of a man tortured by the Uttar Pradesh's Deoria Police is being shared as Republic TV chief Arnab Goswami brutally assaulted by the Maharashtra Police.
29 days ago

Despite Trump threat, US Supreme Court may not have final say in presidential election; here's why

With ballots still being counted in many states in the early hours of Wednesday morning, Trump made an appearance at the White House and falsely declared victory against Democratic challenger Joe Biden.
29 days ago

The outcome of the US presidential election hung in the balance on Wednesday as several states continued to count their ballots, including some of the most competitive battlegrounds where the tally could take days to complete.
29 days ago

After several hours of proceedings at Alibaug Court, Republic TV Editor-in-chief Arnab Goswami was remanded to judicial custody for 14 days till November 18.
Nov 4, 2020

Actor Kangana Ranaut today lashed out at the Maharashtra government after Mumbai Police barged into the house of a senior journalist and detained him in an abetment to suicide case. Taking a dig at Maharashtra Environment Minister Aaditya Thackeray, Kangana said, "What makes you so angry when people refer to you as a penguin? You look like a penguin so people call you that." Read the full story below.
Nov 4, 2020

US President Donald Trump on Wednesday said that the 2020 presidential election was a "fraud being committed on the American public", adding that he will go to the US Supreme Court to challenge Tuesday night's outcome
Nov 4, 2020
Prev 2 3 4 5 6 7 8 9 10 11 Next 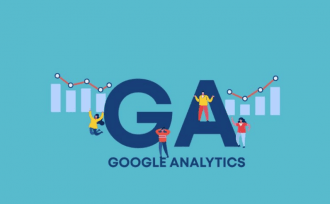