A CRPF trooper of 182 Battalions CRPF sustained minor injuries following an IED attack. However, his condition is now stable.
1 day ago

More than 36 hours after Vikas Dubey killed 8 police personnel and injured others, the Kanpur terrorist is still at large. Here's a look at his criminal activities.
1 day ago

Ex-ICMR Chief NK Ganguly spoke about vaccine development and the process even in the fast track. He elaborated that it may be difficult to say if the vaccine will be successful.
1 day ago

"Happiness lies in baby steps," Allu Arjun wrote on Instagram along with a picture of his daughter.
1 day ago

Amala Paul gets an offer to work with Balakrishna

As per the reports in the Telugu media, Amala Paul has been approached to play the female lead in Balakrishna-starrer.
1 day ago

'I may use some apps made by you'; PM Modi's big push for local apps

"I urge all my friends in the tech community to participate and help create an aatmanirbhar app ecosystem. Who knows, I may also use some of these apps made by you," said the Prime Minister with a smiley.
1 day ago

The makers of Ajay Devgn's upcoming sports drama Maidaan have announced the release date of his Maidaan.
1 day ago

A reputed chain of schools in India, VIBGYOR, is in the news for reasons of hiking fees and giving an ultimatum to parents over nonpayments.
1 day ago

Ajay Devgn announced that he will be making a movie on the Galwan Valley clash, netizens then flooded social media with hilarious memes on how he beat Akshay Kumar to the finish line.
2 days ago

Why Abhishek Bachchan is not ready to work with Aishwarya Rai Bachchan, actor reveals

Abhishek Bachchan and Aishwarya Rai Bachchan have not only charmed the audience with their real-life romance but have also enlightened the silver screen with their on-screen chemistry.
2 days ago

The pandemic has impacted sports adversely. President of The Walt Disney Company, APAC Uday Shankar said that the market isn't ready to support IPL with the same fervour as it was before.
2 days ago

Following Prime Minister Narendra Modi's visit to Ladakh, the Ministry of Defence issued a statement clarifying misinformation regarding the status of the General Hospital visited by PM Modi in Leh.
2 days ago

Prime Minister Narendra Modi on the occasion of Ashadha Purnima and the inauguration of the Dharma Chakra Day, on Saturday, said India wants to focus on connectivity to Buddhist sites to improve tourism.
2 days ago
1 2 3 4 5 6 7 8 9 10 Next 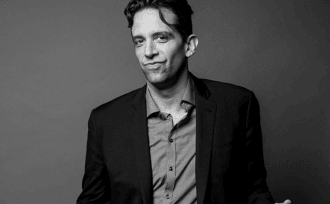