Will be a President who seeks to unite, not divide: Joe Biden victory speech | Full text

Democrat Joe Biden, who defeated President Donald Trump to become the 46th president of the United States as the voters narrowly pushed him over the finish line, positioned himself as a leader who would "seek not to divide, but to unite" a country.
24 days ago

Shah Rukh Khan celebrated his 55th birthday in Dubai yesterday (November 2). The authorities at the Burj Khalifa honoured the actor by displaying his visuals on the building. Did you know SRK's has a luxury home named 'Jannat' in Jumeirah worth 18 crores?
29 days ago

Amrita Rao, RJ Anmol welcome their first child and it's a boy

Amrita reportedly delivered the baby boy in the morning (On November 1). RJ Anmol was by her side at the time of delivery and the mother and baby are healthy and doing well.
Nov 2, 2020

Sean Connery dies at 90: These fascinating facts about former James Bond star will leave you teary-eyed

Sean Connery dies at 90: Tributes pour in from Hugh Jackman, Abhishek Bachchan and others. Hugh Jackman wrote: "I grew up idolizing Sean Connery. A legend on screen and off. Rest in peace."
Oct 31, 2020

US President Donald Trump's Walk of Fame star in Los Angeles has been vandalised again, authorities said, adding that the perpetrator, who has attacked the monument multiple times since 2016, turned himself in.
Oct 31, 2020

Scarlett Johansson has married her fiance Colin Jost in an intimate ceremony. Check out her earlier marriages and when Black Widow is releasing worldwide.
Oct 30, 2020

Before Christopher Nolan and Christian Bale brought Batman back to life in the mid-20s, it was Michael Keaton all along who managed the show of the caped crusader.
Oct 27, 2020

Manzil Pathan's vehicle gives unprecedented hugeness to the condition of the vehicle through fitting channels and customization
Oct 25, 2020

Robert Pattinson is currently filming for Matt Reeves' The Batman movie. There is now a report that claims Ben Affleck might come back in future DCEU projects for HBO Max.
Oct 25, 2020

A Marvel insider has revealed that the studio is considering going the Carrie Fisher way to give Chadwick Boseman a final closure in the forthcoming Black Panther 2 movie.
Oct 19, 2020 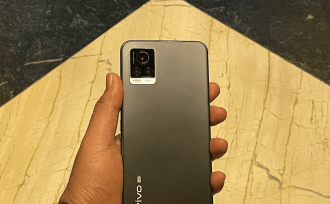