The voice of dissent against the Chinese projects has become stronger under the new government of Prime Minister Imran Khan, who himself has questioned the rising debt levels in the country.
Sep 30, 2018

Incumbent Abdulla Yameen, who had cultivated ties with both Beijing and Saudi Arabia, conceded defeat after the Election Commission said opposition leader Ibrahim Mohamed Solih had won Sunday's election by a margin of 16.7 percent.
Sep 25, 2018

A study by Center for Global Development, a US think-tank, found that eight countries − Pakistan, Djibouti, Maldives, Mongolia, Laos, Montenegro, Tajikistan and Kyrgyzstan – receiving Silk Road funds would find it hard to return them.
Sep 3, 2018

Over 17,000 jobs at risk as UK's retail giant House of Fraser goes into administration

The fate of 169-year-old House of Fraser, which employs 17,500 people, was sealed when C.banner, a Chinese company, pulled out of a deal to pump in money in the business. Here are four things that went wrong for the retail giant.
Aug 10, 2018

Is China attempting to lure Imran Khan with its economic might?

In last the 13 months, China has proceeded a loan of $6.2 billion which is equivalent to the last aid it received from the International Monetary Fund.
Aug 2, 2018

Is China's 'Minsky moment' near? Soaring debt about to trigger next global financial crisis?

'China's credit bubble is easily the fastest growing in the history of capitalism'
Jan 25, 2018

US needs help of India to check influence of China in Asia: Rex Tillerson

US Secretary of State Rex Tillerson has said his country wants to deepen cooperation with India to counter the negative Chinese influence in Asia. Read to know more.
Oct 19, 2017

The Journey of LeEco – From a rising empire to collapsing hope

LeEco's chairman Jia Yeuting has been dragged into the company's battles with seized assets to recover debts. Take a look at LeEco's journey.
Jul 6, 2017

Struggling LeEco is in news again, and this time for cheating over dues and its chairman's seized personal assets.
Jul 4, 2017

CGN said it will assume all the debt of Edra's companies and the deal is expected to be completed by February 2016.
Nov 24, 2015

India imposed a 20% import tax on some steel products to mitigate the damage to domestic companies.
Nov 8, 2015

Chinese Millionaire Builds Luxury Villas, Flats for Residents of his Hometown to Thank Them 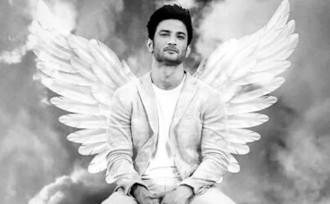 Sushant Singh Rajput was never sidelined in the industry; here's the shocking truth
1 hour ago
MOST POPULAR