S-400 missile is regarded as the most reliable against a larger array of aerial attacks, particularly fighter the US made aircrafts such as F-18s and F-35s.
Jun 1, 2019

The frigates are likely to be manufactured in Goa and are expected to be inducted in the Indian Navy by 2027.
Nov 20, 2018

Donald Trump turns down Republic Day invitation; Does India have a plan B?

India had extended the invitation in April, which the White House confirmed. However, there was no mention if the US president would attend the celebrations and said that the final decision would be conveyed after the 2+2 dialogues which were held in September.
Oct 28, 2018

Lobbyists in Washington are trying hard for unbiased implementation of Countering America's Adversaries Through Sanctions Act (CAATSA) but the Trump administration has sought waiver clause in CAATSA specifically for India.
Oct 8, 2018

The air defence system can detect any aerial target, including stealth fighter aircraft out to a range of 600km and shoot down hostile targets 400km away.
Oct 6, 2018

Modi and Putin have signed the S-400 defense deal. Putin's foreign policy aide Yury Ushakov had confirmed ahead of the Russian President's visit to India that the S-400 defence deal will likely be signed.
Oct 5, 2018

Putin-Modi to sign S-400 deal, 20 other agreements amid US' sanction threats

Putin will land in New Delhi on Thursday evening and will dine with Prime Minister Narendra Modi.
Oct 4, 2018

With a range of 400km, the radars of the S-400 system can cover almost the whole of Pakistani airspace and track almost all kinds of aircraft taking off, flying and landing.
Oct 3, 2018

India will need exemptions from CAATSA to buy the S-400 Triumf missile defence system as well as frigates and helicopters.
Sep 29, 2018

India to go ahead with major defence deal with Russia; will inform US in upcoming 2+2 meeting

India, Russia attempt to break financial hurdles amid US sanctions

Is Trump snubbing India? US President yet to reply to Modi's Republic Day, 2019 invite

The invite is being seen as an attempt to smooth relations between the two nations, which have worsened slightly since Trump took over.
Aug 2, 2018

Countries like India and Indonesia are likely to get a special waiver from the US under CAATSA. It is applied to countries that wish to buy defence equipment from Russia.
Jul 31, 2018

The US has upgraded India's trading status to STA-1, allowing for high-tech defence and non-defence equipment to be sold more easily without the need for licenses.
Jul 31, 2018
1 2 3 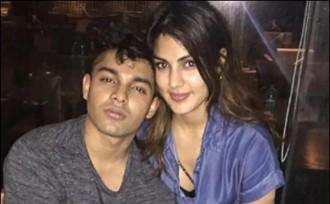