India has thanked the Chinese government for facilitating the special flight to evacuate the Indians from Wuhan.
Feb 1, 2020

Coronavirus: Is India ready to tackle the situation?

There are 17 more countries where at least one confirmed case has been found. Major airlines have cancelled flights to mainland China and many countries, including India, have started evacuating their citizens from Wuhan.
Feb 1, 2020

The Defence Ministry said that the government forces had killed 51 Taliban fighters in the weekend assaults. The surge in hostilities signals deadlocks at stop-start peace talks involving US and Taliban negotiators in Doha.
Jan 30, 2020

On Shruti Haasan's birthday, five films of the actress you must watch

The actress has been popular for playing glamorous as well as challenging roles.
Jan 29, 2020

The problem in Jammu and Kashmir persisted since Independence and some political parties kept issues alive and terrorism thrived for vote bank politics, said Modi, asserting that his government will ensure all such problems are resolved soon.
Jan 28, 2020

REVEALED | Mahesh Babu's role from his next with Vamsi Paidipally

The actor, with his wife Namrata Shirodkar and kids Gautam and Sitara, is on vacation in New York. He will begin shooting for the flick once he is back.
Jan 27, 2020

In the state capital, Governor Vaujubhai R Vala hoisted the national flag and joined the huge gathering in rendering the national anthem played by the military band at the Manekshaw Parade Ground at the city centre.
Jan 26, 2020

President Kovind unfurled the National Flag followed by the National Anthem with a booming 21-gun salute. During the R-Day celebrations at Rajpath, India's military might, cultural diversity, social and economic progress will be displayed.
Jan 26, 2020

Offbeats season 1, an anthology of 6 short films, is out now

The shorts films feature a mix of well-known actors and upcoming talents to bring alive the stories.
Jan 25, 2020

As part of the nationwide alert, the Union Home Ministry has directed the city and state police to enhance security and maintain law and order to ensure the Republic Day is celebrated peacefully.
Jan 25, 2020

An encounter broke out on Saturday, January 25 between security forces and Jaish-e-Mohammad (JeM) terrorists in Jammu and Kashmir's Tral. Three Jaish terrorists including top commander Qasi Yasir are believed to be trapped at the site.
Jan 25, 2020
Prev 5 6 7 8 9 10 11 12 13 14 Next 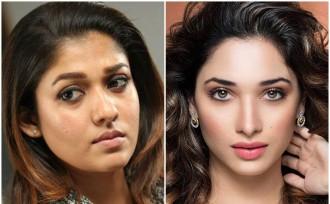 When Tamannaah rubbed Nayanthara the wrong way and the reason, a Karthi-starrer
33 minutes ago
MOST POPULAR