One of the deceased has been identified as Tariq Ahmed, a Hizbul Mujahideen commander from Anantnag, while the other three were said to be affiliated with Lashkar-e-Taiba (LeT).
22 days ago

Iraq base attack: Three US troops wounded in renewed rocket attacks on Taji base

Three American troops and several Iraqi forces were wounded in the second major rocket attack in the past week on an Iraqi base north of Baghdad, raising the stakes in an escalating cycle of attacks and reprisals.
22 days ago

The vehicle runs on petrol and has three modes of operations including remote-based, teleoperated from a mobile control station and an autonomous mode.
22 days ago

The Pakistani Army has reported eight positive cases of coronavirus, showing the virus's rapid widespread across the world.
23 days ago

China blames US military for coronavirus outbreak in Wuhan

As per the conspiracy, 300 US military athletes had in October last year visited Wuhan, where the pandemic first broke out, to attend the 7th Military World Games. It posits that the US athletes were infected with the coronavirus, thus, spreading it in China.
23 days ago

Apart from Manesar and Hindon, seven quarantine facilities have been set up by the Indian Army.
24 days ago

Iraq rocket attack: US, UK troops among 3 dead in attack on Camp Taji

One British and two American personnel were killed and about a dozen people were wounded when 18 small rockets hit Iraq's Taji military camp north of Baghdad.
25 days ago

In the video, the constable from the Jammu & Kashmir Police department is seen rapping in his police van. The video garnered more than 11,000 views and over 2,000 retweets.
28 days ago

Aamir Khan and Vijay Sethupathi will be seen playing army men in the film and to fit into the shoes of soldiers, the duo has to shed kilos at the gym.
29 days ago

Asumoh Enyiema says Maintaining quality over quantity is what I believe in
Mar 6, 2020

The Jammu and Kashmir High Court sought the Centre's response on a plea filed by a resident of the UT's Budgam regarding the evacuation of students and other persons from J&K from coronavirus-hit Iran.
Mar 5, 2020

Kiara Advani's lookalike is breaking the internet, check out her videos

Kalpana Sharma, a TikTok user has been ruling the internet by posting videos of recreating dialogues that Kiara's protagonist Preeti mouthed in the 2019 blockbuster "Kabir Singh".
Mar 4, 2020

Chief of the Army staff Naravne added that besides enhancing its conventional military prowess the land-based force also focused on "dynamic responses actions below the threshold of all-out war".
Mar 4, 2020
1 2 3 4 5 6 7 8 9 10 Next 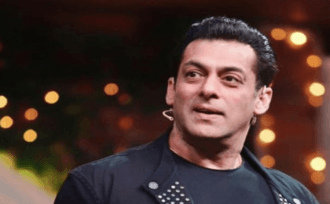 'I haven't seen my father in 3 weeks, I am terrified': Salman Khan on being under lockdown
1 hour ago
MOST POPULAR