In an unprecedented incident, live animals, including a monkey and snakes, were recovered from the baggage of a passenger who landed at Chennai Airport from Bangkok, Customs officials said on Saturday.

The official said that the passenger, whose name was not disclosed, was intercepted by Customs officials on Thursday at on the basis of intelligence input.

"On examination of his checked-in baggage, a DeBrazza monkey, 15 King snakes, 5 ball pythons and two Aldabra tortoises were recovered. Since the live animals were imported illegally, they were departed back to the country of origin through Thai Airways in consultation with the AQCS (Animal Quarantine and Certification Service)," the official said. 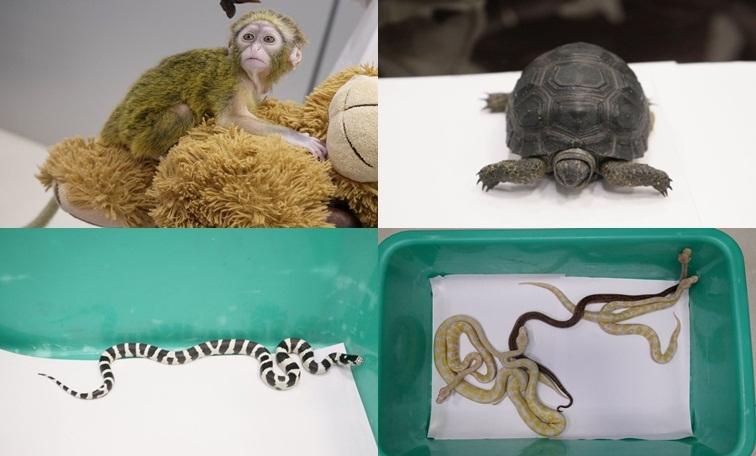 Passenger from Bangkok held at Chennai Airport with live animalsIANS

A case under the Wildlife Protection Act was lodged and other government departments concerned were duly informed.

The accused was produced before a local court, which accepted the Customs' request to send him to judicial custody for 14 days. He has been lodged in a Chennai jail.