OnePlus 8T is more like OnePlus 8 Pro, only smaller with capabilities of a true flagship and at a compelling price point. Read our full review of OnePlus latest flagship offering.

OnePlus practically needs to introduction. It is a brand that most folks in India are familiar with, regardless of whether or not you have been a fan. In a short span of time, OnePlus has earned a place at the big boy's table, competing against the likes of Samsung and Apple. The latest offering by the premium smartphone maker, the OnePlus 8T, is sure to make heads turn and here's a deep dive into what makes it better or worse than others.

OnePlus surely has the pricing advantage as it comes at a time when premium offerings are being priced close to Rs 1 lakh. But it is also the area where there is a lot of competition attraction from brands like Xiaomi, Samsung and others. That said, OnePlus holds some values high, when it comes to brand loyalty, product quality and more.

The design of OnePlus phones has always been the company's strongest suit. They look great, feel great. But of late, the display has gotten a lot of attention and it is something that has set a new industry standard for flagships. OnePlus 8T is no different.

OnePlus 8T is in every way a flagship. It looks stylish and feels incredible in hand. The 8T is compact enough to easily be handled with single hand. It's the ideal size and the weight distribution is on point.

The glass sandwich design is in line with OnePlus 8 Pro and the matte frosted finish gives a classy look. The camera module has been redesigned, which differentiates it from all the other flagships OnePlus portfolio. But it loses its OnePlus-esque factor to resemble Samsung phones now.

Everything else on the 8T is pretty standard. The signature Alert Slider, volume controls, Type-C port, redesigned speaker grille, and soft curved sides - are all in line with OnePlus smartphones.

Moving on to the display, the lack of the Pro variant did some good to the 8T. There's a 6.55-inch Full HD+ Fluid AMOLED panel with 120Hz refresh rate. It's twice as bright as the OnePlus 8 and it is easily readable under direct sunlight, which is a rare occurrence in Bengaluru for the last few days. The automatic brightness is most accurate - thanks to the dual ambient sensors on both sides of the phone.

But one particular feature that looks less premium and more realistic is the flat screen. Personally, this is more durable and avoids accidental touches and well, accidental damage to the screen. The almost-invisible bezels on the sides won't make you miss the curved screen at all. Also, there's no notch but a punch-hole camera, which is tiny and takes very little space on the large screen real estate.

The 120Hz refresh rate is so good, you'll never be comfortable going back to 60Hz - ever again. It's easy on the eyes and scrolling down the feeds is hypnotizing.

OnePlus 8T is easily one of the better-looking phones of 2020 and has the best display in any smartphone.

OnePlus 8T comes with a 48MP primary camera - the same as the OnePlus 8. OnePlus made sure the 8 Pro users won't feel bad here had it chosen to go with the IMX689 sensor. Nevertheless, the primary shooter is not bad at all, only not as good as the IMX689 in terms of dynamic range. If we are not comparing, the IMX586 does a satisfying job capturing those beautiful landscapes and portraits.

This main camera is paired with a 16MP ultra-wide sensor, which we found to be working quite great, especially at night if you could be patient with the night mode. The blacks are dark even in the night mode, which is more natural than the artificially lit-up pics in other phones. The wide-angle capture quite a wide range, 123 degrees and there's lens correction to bring down the wideness for the sake of better clarity. We are totally okay with that.

There's a third lens, a 5MP macro, which is a vast improvement from the measly 2MP sensor. It captured great details at close range, but we rarely found a use for a macro lens more than we did for the all-new 2MP monochrome sensor.

So, the fourth sensor doesn't capture shots on its own, rather supports the main camera to take true and natural black and white photos. The results are sharper, have better contrast with a natural grainy texture. We only wish the Mono mode was not hidden away right at the end of filter selection and earned a spot in the main interface. It sure deserves it and OnePlus would be able to get more users to use it if it was just a swipe away.

Check out some camera samples straight out of the 8T camera roll:

There's no doubt OnePlus phones are the best performing phones in the market. By choosing the best chipset, ample RAM, clean and snappy software, advanced graphics. In the case of 8T, there's a Snapdragon 865 chipset, 12GB RAM and OxygenOS 11 based on Android 11 that makes everything seem so easy. From playing Asphalt 9 to multitasking between various social and work apps, OnePlus 8T is the phone you need if you don't wish to compromise on performance.

Our review units came with some incredible covers, with which we never felt the phone heat up even after gaming continuously for hours even while on charge. But the optimum performance of the 8T was kind of expected. What wasn't though is how beautifully OxygenOS 11 runs the show on the 8T. 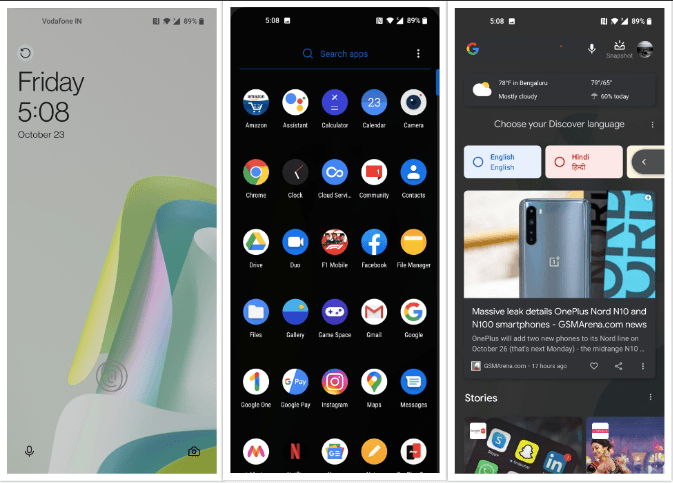 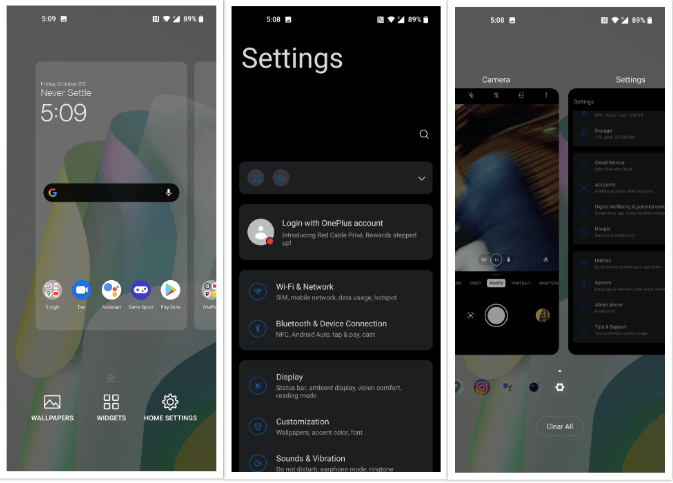 We can go as far as to say that the new software based on Android 11 is better than the stock. The little things like Always On Display options, such as Insight, which shows a thin gradient column with a clock slowly moving downward throughout the day and shows the number of times you've unlocked the phone. It sure helped us understand how often we relied on our phone, even unnecessarily. There are other AOD themes if you don't like to feel guilty.

Oh, and if you wish to actually do something about that addiction, there's Zen Mode, which now comes with group mode to invite your friends over and together zone out.

OnePlus has reworked various aspects of the software, all of which are designed for better single-hand use. The weather app, settings, shelf, album and more. We realised moving about the different screens was not only smooth, lag-free but required less number of apps. But there's more coming in this November, so things are only going to get exciting.

OxygenOS 11 is by far the best Android skin, beating its own record. At this point, it's safe to say OnePlus is really competing with itself and the end result is giving better products to consumers.

OnePlus 8T also has an efficient and fast fingerprint sensor. The face unlock works even in challenging light conditions, but not with the mask on.

OnePlus is keeping the advantage here. The 8T is powered by a 4,500mAh battery, yes, while weight 188 grams. But the headline feature is not that. It is the Warp Charge 65, which charges the phone faster than any OnePlus phone. It goes from 20 percent to 90 percent in less than 30 minutes - 27 minutes to be precise. As for full charge from zero, it takes 40 minutes on the clock. The only thing I miss here is wireless charging support despite not being a fan of it. I, for one, did not miss its absence, but OnePlus is in the flagship game, so the stakes are high.

We tested the 8T in 120Hz and consistently managed to get a full day of mixed usage. But you can always switch to 60Hz at the cost of hurting your eyes to extend the battery life. Gaming definitely drops those battery bars sooner, but you won't regret it.

On a busy workday, with constant social media use, messaging, a bit of gaming, music and video streaming, you'll have some juice left before you hit the bed. Give it 30 minutes on charge, and you are good to go for another day.

If we are looking at OnePlus 8T as an overall package, it's an easy recommendation. It has the goodness of the OnePlus 8 Pro, in a compact and affordable package. The OxygenOS 11 is absolutely brilliant and features like 120Hz refresh rate, 65W charging, no-compromise performance, movable design and satisfactory cameras should check all the right boxes for you to go for this premium OnePlus smartphone. Simply because the phone is more compact and handy, we'd go as far as to recommend it before OnePlus 8 Pro. From an industry standpoint, consider this phone to be in the top 3 for sure.