Kangana Ranaut is famous on social media for her unabashed statements and comments. Be it Sushant Singh Rajput case,  Bollywood drug nexus or calling out filmmaker Karan Johar, she leaves no stone unturned to garb headline. And this time the cat is out of the bag. Kangana's recent statements have divided the industry into two.  It's Bollywood -Punjab Industry vs Kangana Ranaut

Here's in detail what exactly happened that turned Twitteria into a war zone.

For the past few days, the farmers' protest has been making headlines, and actress Kangana Ranaut is being bashed left, right and centre on social media for her remarks on the ongoing protest.

How it all began?

In a now-deleted tweet, Kangana had taken a jibe by misidentifying an elderly Sikh woman during the farmers' protest as Bilkis Bano of Shaheen Bagh. She had written that the woman had joined the protest for a low price of Rs 100. Although she deleted the tweet, the damage was already done. From Prince Narula, Sargun Mehta, Himanshi Khurana to many others, slammed her for her ruthless tweet.

The latest one to slam Kangana over her harsh comments is actor Diljit Dosanjh. The actor gave a reality check to Kangana's misinformation and shared a video interview of the elderly woman, whose name is Mahinder Kaur. Diljit tagged Kangana's Twitter account, showing her the proof. Diljit's tweet read as "Respected MAHINDER KAUR JI Ah Sunn La Ni With Proof @KanganaTeam Banda Ena V Ni Anna Hona Chaida. Kush v Boli Turi jandi aa ..(Listen to this proof, @KanganaTeam. One should not be this blind. She keeps saying anything)," (sic) 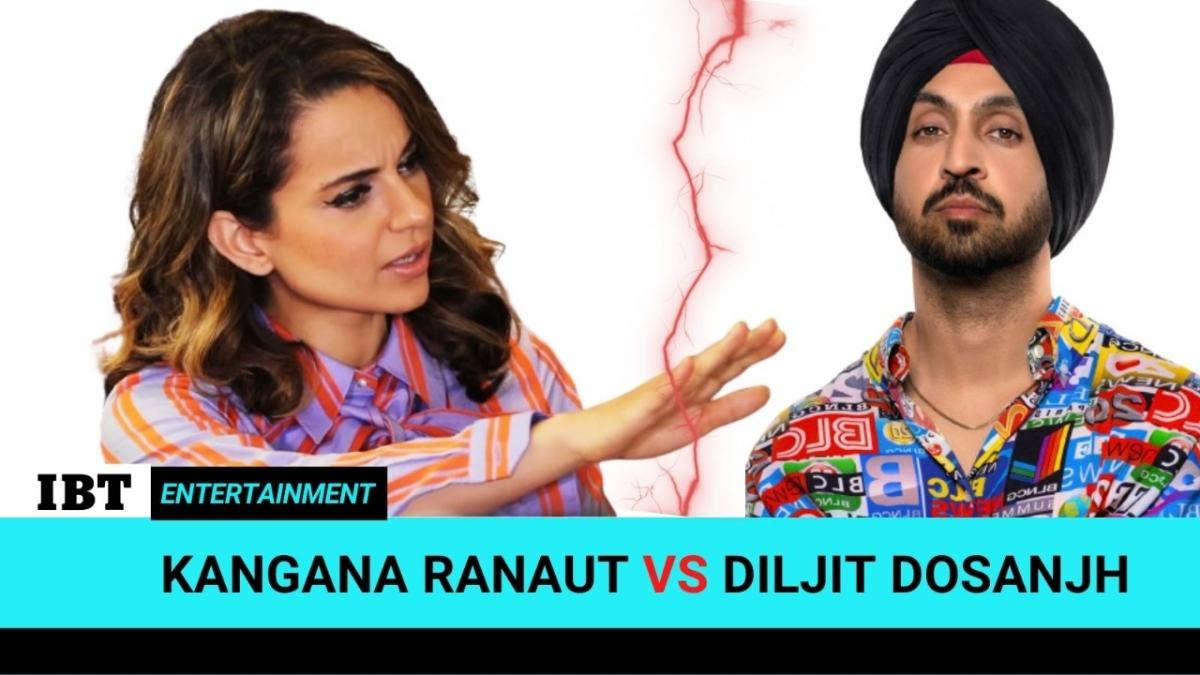 Well, this triggered Kangana and the rest is history.

After Diljit Dosanjh's fact check response on Twitter, it was quite obvious that she would hit back and that's what Kangana Ranaut did, she responded with barbed words. Kangana took to Twitter on Thursday, and called Diljit as filmmaker Karan Johar's pet and addressed herself as a lioness.

I had only commented on Shaheen Baag dadi cos they instigated riots there even that tweet was deleted almost immediately, I don’t know from where they brought another elderly lady in to the picture and now endlessly spreading lies.Vultures trying to instigate mob against a woman. https://t.co/EI9xlXwaEu

In another tweet, she wrote, "Listen to you vultures, do not consider my silence as my weakness. I see how you are instigating the innocent by lying to them and are using them. Just like Shaheen Bagh, the truth behind these protests will soon be out. Then I will write a brilliant speech and leave with your faces black," she wrote and signed off as 'Babbar sherni'.

This irked Diljit, and he gave a befitting reply to the Kangana

By now, Kangana was unstoppable she replied

(You are a bootlicker, the one you try to please, I take them to task every day. I am Kangana Ranaut, not a bootlicker like you who would lie. I only spoke about the Shaheen Bagh protestor), if anyone can prove otherwise, I will apologise."

Diljit too didn't hold back and gave a strong response to Kangana's harsh words.

Diljit said that Kangana has no manners. "Bolan Di Tameez Ni Tainu. Kisey di Maa Bhen Nu. Aurat Ho Ke Dujeyq Nu Tu 100 100 Rs. Wali das di an.. SADE PUNJAB DIAN MAAVA SADEY LAI RAB NE.. Eh, tan Bhoonda De Khakhar nu Shedh Leya Tu.. PUNJABI GOOGLE KAR LI (You have no sense how to speak to someone's mother or sister. You are a woman yourself and are calling another one would work for Rs 100. Our mothers of Punjab are like God to us. You have poked the hornet's nest. Google this Punjabi now," he wrote.

Things took a nasty turn as Kangana again said she was talking about the Shaheen Bagh 'dadi'.

While this went on for some time, amid this violate situation, we are seeing several Bollywood actors are now coming out in support of Diljit on Twitter.

This is how Mahinder reacted after Kangana's tweet (now deleted)

For the unversed,  in an interview with BBC, Mahinder and her other friends at the protest said that Kangana should come and work in the fields for a day to know what farmers have to do. "We will give her Rs 100 in the evening," said a woman in the video.

Kangana has been slapped with a legal notice as well. Advocate Harkam Singh, in the legal notice dated November 30, suggested Kangana should have authenticated information before posting it on social media and demanded an apology over her tweets, in which she allegedly misidentified the woman.

"It is to inform you that the said lady is not fake. Her name is Mahinder Kaur, and she belongs to Bathinda. She is the wife of farmer Labh Singh Nambardar. She in her life, has always remained connected with fields and filed work and she is the wife of a farmer," the notice said.

Citing Swati Mohan, Biden says: Indian-Americans are taking over US

UK opens Graduate route for Indian students; what it means and how to apply
Advertisement
Must Read
Advertisement