As the farmers are getting low profits in traditional crops due to climate change, strawberry cultivation is picking up in the Union Territory of Jammu and Kashmir thus yielding good fortunes and providing ample employment opportunities to youth. Both Union Government and J&K Government are providing loans coupled with technical handholding to young farmers to attract them towards the farming business.

The favourable climatic condition in the J&K has provided ample opportunities for the youth to take up strawberry farming as a business for better sustainability. Farmers in Gassu Batpora village on the outskirts of Srinagar city are happy with the bumper crop of strawberries.

Having the highest number of people growing strawberries, Gassu is famously known as the 'Strawberry Village' where farmers cultivate tonnes of exotic berries on hundreds of acres of land every year. 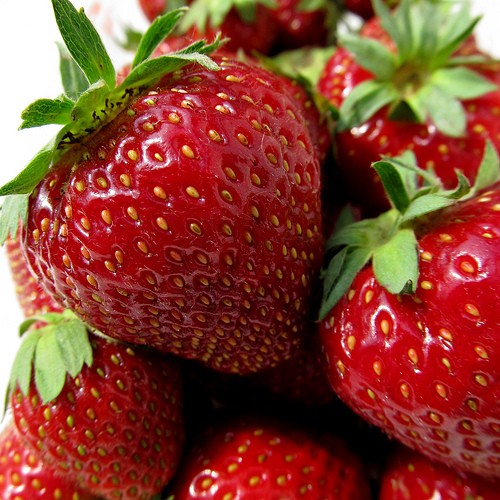 According to the official spokesman of the J&K government, it is also the first to produce strawberries in the entire Kashmir Valley with women and children chipping in to taste the success of this fruit.

In recent years, strawberry has emerged as a cash crop in the Valley with many vegetable farmers switching to strawberry cultivation.

In the border belt of the Hiranagar sub-division of Kathua district, over 30 farmers have planted strawberries in the villages of Gangu Chak, Haripur, Devo Chak, Bobia, Jandi, Mangalore, Pathwal, etc.

Farmers said that due to climate, the profits from planting traditional crops such as wheat, paddy, etc. are decreasing. Crops are getting damaged due to unseasonal rains for the past few years. Secondly, the cost of planting these crops has also increased, and more labourers are needed for these crops.

Ex-defense personnel Dheeraj Kumar began his second innings as Agriprenuer and has become a role model for many aspiring Agripreneurs especially the youth who are looking forward to making fortunes in Agriculture and allied sectors. Kumar hailing from the Haripur village of Hiranagar has cultivated strawberries on a field measuring 22 Kanal. With the handholding of the department, he has cultivated three different varieties viz. Camarosa, Winter Dawn & Nubila.

Regarding the support extended by the department, an official said that out of the total investment of Rs 6 lakh by the farmer, the department has provided a subsidy to the tune of Rs 2.86 lakh which is nearly 50% of the total investment and it is expected to produce a yield of Rs. 15-20 Lakhs which is in line with the Prime Minister's vision of doubling the farmers' income.

In addition to this, the department has also provided a subsidy to the farmer on the purchase of power tillers and installation of the drip irrigation system.

He has engaged around 10 people for leveling, picking, packaging, and transport purposes, which he termed as a gratifying experience as offering the avenues of employment to the locals has given him great happiness.

He is supplying his produce to the big malls and business houses and markets in and around Pathankot and areas in the periphery of Punjab adjoining Kathua.

With the implementation of the Horticulture Mission in J&K, there has been a significant improvement in production and productivity which has ultimately resulted in changing the financial scenario of the farming community. Besides economic upliftment, Horticulture 1/8th acre of land of Abdul Ahad Mir was brought under cultivation of strawberries in Gousoo under Horticulture Mission.

With the continuous guidance of the department, the farmer emerged as a leading strawberry grower who earned National and State awards. Starting from a meager land of 1/8th acre of land, now the entire village and the adjacent villages have adopted the cultivation of strawberries which has now touched around 40 acres of land in the vicinity. The farmer's annual income per acre is about 5 lacs compared to 20,000 to 25,000 prior to the adoption of diversification.

Delhi's air quality continues to be in 'very poor' category, no respite from toxic air for residents

Tusshar tells how his father Jeetendra rescued him in Disneyland