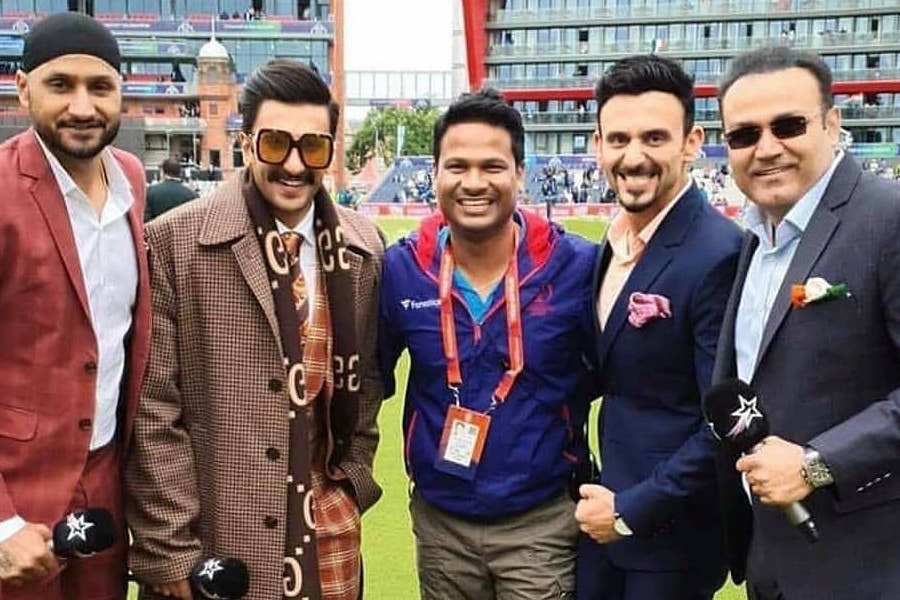 Bollywood actor Ranveer Singh was at India vs Pakistan ICC Cricket World Cup 2019 match and entertained the crowd and players alike. Not only that, he tried his hand at cricket commentary and impressed everyone with his cricketing knowledge. So much so that former Indian cricketer Kapil Dev, who was watching India vs Pakistan match, sent him a text message appreciating his commentary skills!

"Ranveer Singh is shooting for the film '83 in London and he went to see the big ticket World Cup match between India and Pakistan. Given his presence for the match, the broadcasters looped him in to do an impromptu commentary and to everyone's surprise, Ranveer wowed everyone with his cricketing knowledge. He was incredibly respectful to all the iconic cricketers who he met and who were on the panel at the commentary box. He was thorough with all the statistics and made pertinent points while discussing the match with the stalwarts," a source from London revealed.

"Ranveer Singh plays Kapil Dev in the film '83 and interestingly Kapil Dev was watching the match and listening to the commentary. He was so impressed with Ranveer's commentary that he texted him and congratulated him for doing such a good job on his debut at the commentary box," said the source.

"Of course, Ranveer was thrilled to receive this message and his excitement was visible to everyone at the commentary box. Ranveer brought energy, wit and his inherent charm and everyone enjoyed his presence," the source added.

Take a look at some more moments from the match with Ranveer Singh!

CONFIRMED! Sidharth Malhotra And Kiara Advani Are Dating; Confirm It On 'Koffee With Karan 7'

Throwback: When Reena Roy had to narrate "thumkas" to sulking Rishi Kapoor